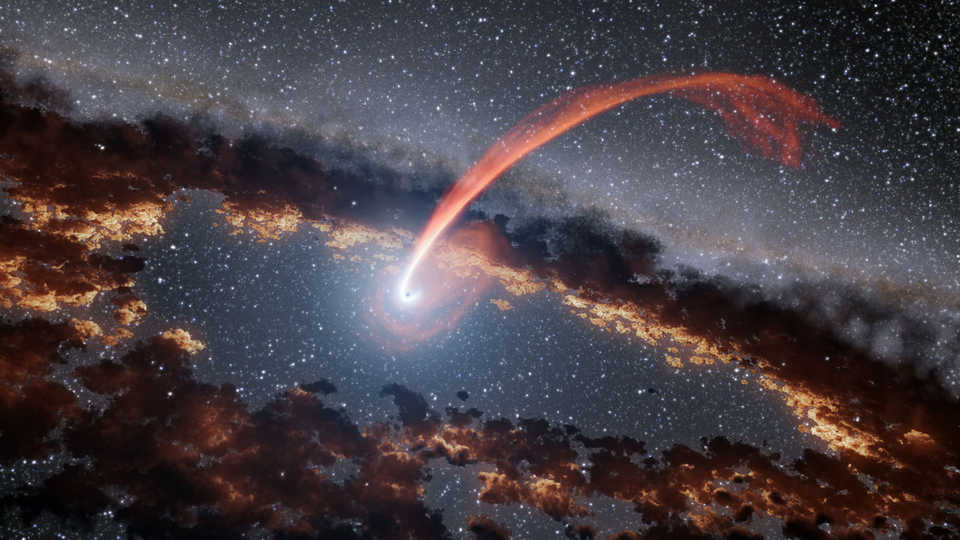 A Circumbinary Exoplanet Find via Microlensing

Usually when we report on new exoplanets, they’re spotted transiting their host star. The Kepler mission was built to find these transiting exoplanets—when the planet moves between its star and Kepler, a fraction of the star’s light is blocked, and the star becomes fainter. But, as we’ve reported, there are other ways to find planets far, far away.

This week brings news of an exoplanet discovered through gravitational microlensing. Gravitational microlensing occurs when the gravity of a foreground star bends and amplifies the light of a background star that momentarily aligns with it. The particular character of the light magnification can reveal clues to the nature of the foreground star and any associated planets. While gravitational lensing of galaxies, for example, can lead to multiple images of the same object or to distorted arcs, microlensing causes a change in the brightness of the distant object, caused by the lens.

So astronomers used the Hubble Space Telescope to determine exactly what OGLE had observed 8,000 light years away. The team found a circumbinary planet—an exoplanet orbiting a binary pair of stars. The planet orbits roughly 300 million miles from the stellar duo, about the distance from the asteroid belt to our sun. It completes an orbit around both stars roughly every seven years. The two red dwarf stars are a mere 11 million kilometers (7 million miles) apart, or 14 times the diameter of the Moon’s orbit around Earth.

This pioneering discovery suggests some intriguing possibilities. While Kepler is more likely to detect planets with small orbits—and indeed all the circumbinary planets it discovered are very close to the lower limit of a stable orbit—microlensing allows planets to be found at tremendous distances from their host stars. –Molly Michelson

Reading the Dust Left Behind

What happens when stars are swallowed by black holes? Even smart astrophysicists are asking questions about this violent event. “What happens to the mass of the star once it’s torn apart? Is it heated up? Does it go quickly into the black hole? Does it swirl around for a while?” Julian Krolik, using observations from NASA’s Wide-field Infrared Survey Explorer (WISE) telescope, is one now one step closer to answering these questions and more.

Publishing last week in the Astrophysical Journal, Krolik and his colleagues report that, using WISE, they considered five instances in which a star had apparently moved close enough to the gravitational pull of a black hole to be drawn in, have its mass stretched and compressed into long strands (aptly called spaghettification), and be devoured—a circumstance known as a tidal disruption.

Since the burst of energy, or flare, set off in these events is very difficult to view directly, the researchers studied the temperature of dust roughly two trillion miles away. The intense radiation of the flare first burns away this dust, cleaning out a sphere. At the edge of this sphere, dust absorbs and then re-emits the heat from the tidal disruption flare, creating a thermal “echo” picked up by WISE.

“The dust echo thus provides a unique means to measure total energy that is emitted during the stars’ destruction,” explains co-author Sjoert van Velzen. “A measurement of the total energy is very important; without this we have an incomplete picture of what happens during a stellar tidal disruption. For example, the total energy is needed to understand if the star got fully destroyed, or if the black hole only nibbled a piece of the star.”

The flare energy they measured was ten times greater than previous observations, but only one tenth of the energy predicted in the earliest, simplest models. With this new technique, the dust surrounding the picture of stars eaten by black holes is bound to clear. –Molly Michelson

In 1995, the Hubble team began allocating some of their precious viewing time to a seemingly curious task—pointing the telescope at an inauspicious part of the Southern sky, by the minor constellation Fornax (the furnace). In 2004, they repeated the experiment. Over many months, 11.3 days of ’scope time were spent peering into the darkness to see what they could see when—lo and behold!—a treasure trove of galaxies was found.

The 1995 experiment (called the Hubble Deep Field) produced similar results, but it was more of a proof of concept, taking less time and covering a broader swath of sky near the well-known asterism of the Big Dipper. 2004’s deeper delve required a suitable dramatic name to differentiate it from the prior image, so it was dubbed the Hubble Ultra Deep Field. When the image was finished it became not only a hugely important scientific observation but one of the defining images of modern astronomy.

How do you improve upon an image like this? By adding information from wavelengths of light that Hubble cannot see. Based in the high Atacama Desert in Chile, the Atacama Large Millimeter (and submillimeter) Array (ALMA) observed this same region of the sky with its massive and versatile array of millimeter antennae for 50 hours, adding important details to the well-studied Hubble image.

What can a ground-based telescope see that a space-based instrument cannot? Hubble is tuned to observe visible light and small amounts of more energetic light (ultraviolet) and lower energy light (infrared), but the wavelengths that ALMA sees are even longer with even lower energy. Because wavelengths of light get stretched by the expanding universe, things that emitted visible light in the past would now be seen in infrared or microwave wavelengths.

While Hubble has detected light from several galaxies billions of light years away—thus billions of years in the past—many objects so far away (and so far in the past) are still impossible for Hubble to observe. So ALMA is adding important information about how galaxies first began, allowing astronomers to observe a wider range of ancient galaxies that were invisible in the Hubble image. ALMA has revealed that the number of stars and the speed at which galaxies form is directly related to their mass—a key to understanding galaxy formation and shedding light (so to speak) on why star formation rates in galaxies were so much higher in the early universe than they are today. –Josh Roberts 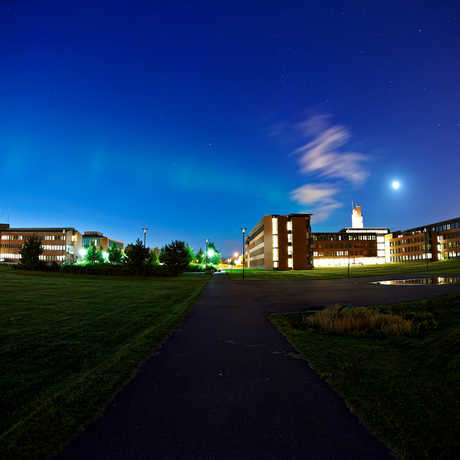 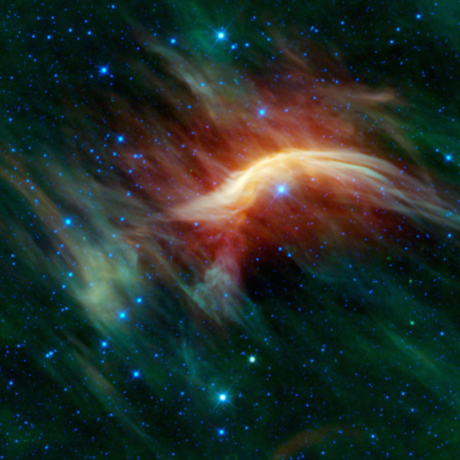 Stars can be a bit more unpredictable than they appear... 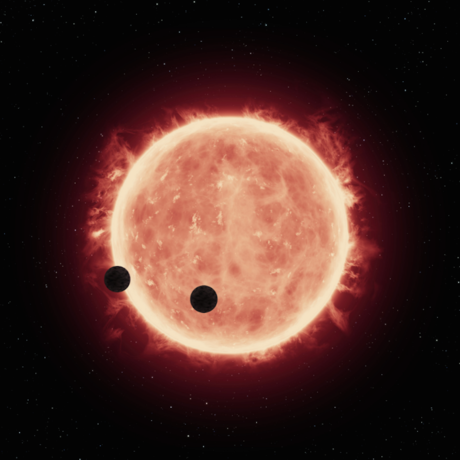 A large radio telescope array's First Light, rocky exoplanets in the habitable zone, and an X in the Milky Way.