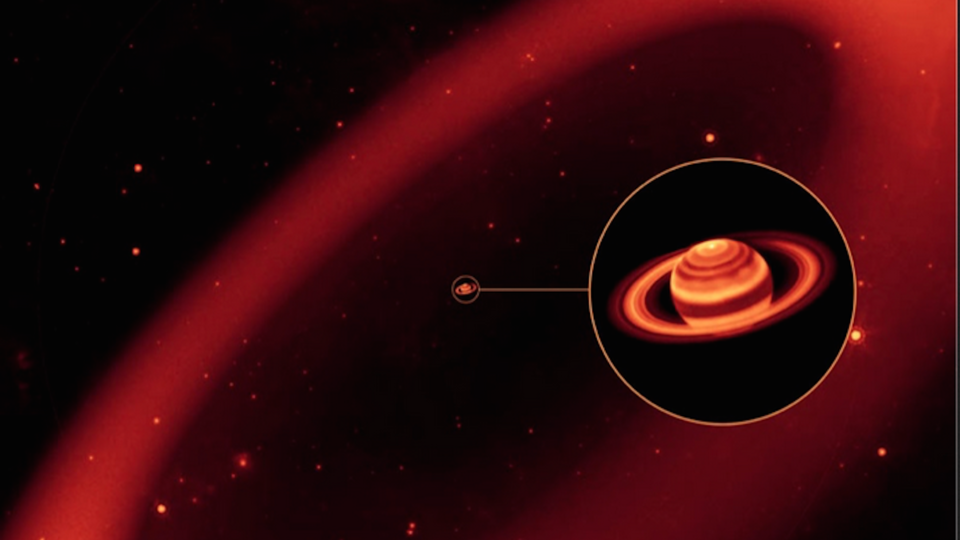 On September 24, 2014, India’s Mangalyaan, or Mars Orbiter Mission (affectionately referred to as “MOM”), began circling the Red Planet and has taken stunning high-resolution images of its surface. However, as Mars nears conjunction with the Sun on June 14, passing behind our star as seen from Earth, communication with all seven spacecraft currently roving or circling the planet has been suspended from June 8-25. (MOM is experiencing this blackout for the first time, even though it’s nothing new for her six American and European sister vehicles.) Onboard systems are expected to maintain operations during that time, after which contact will be re-established.

With a primary mission duration of 160 days orbiting Mars, the spacecraft has completed its originally planned mission with flying colors and has entered its extended mission. Spacecraft controllers note that the vehicle has so much fuel left that the chairman of the Indian Space Research Organization says MOM may continue operating for years beyond her original mission. –Bing Quock

The European Space Agency’s Rosetta spacecraft has detected jets of gas emitting from beneath the crust of Comet 67P/Churyumov-Gerasimenko, even from regions that have rotated into darkness. This is not unexpected, as the comet has now approached close enough to the Sun that not just its crust, but also its interior, is warmed by our star’s heat. This keeps the outgassing jets of water and carbon dioxide spewing continuously after nightfall.

This is not the first observed instance of nighttime jets. Until March, jets had been observed only on 67P’s daylit side, but in a before-and-after sequence captured on March 11, Rosetta glimpsed a jet clearly erupting from a shadowed area, turning on just before it rotated into full sunlight. In 2004, NASA’s Stardust mission also imaged jets of gas emanating from the unilluminated side of comet, Wild 2 (pronounced “vilt,” in the German style).

Comet 67P will heat up even more, since perihelion (closest approach to the Sun) doesn’t take place until August. At that time, it’ll be 32 million kilometers closer to the Sun than it is as of this writing (June 11). As it draws nearer the Sun, based on past observations, scientists expect activity on the comet to increase a hundredfold. –Bing Quock

In 2009, a new ring was discovered around Saturn. The ring was likely formed from particles ejected from Saturn’s moon, Phoebe, and lies at a great distance from its host planet. At the time of discovery, it was difficult to determine the ring’s exact radius and the size of its constituent particles.

Using observations from NASA’s WISE spacecraft, astronomers are getting a clearer picture of the so-called “Phoebe ring.” This week, a study in Nature reports that the ring spans a region of sky more than 7,000 times the size of Saturn and lies at a distance over ten times the radius of Saturn’s vast E ring! In addition, the team finds that small particles dominate the ring, whereas rocks that are softball-sized or larger (at least 10 centimeters or more than four inches in diameter) only make up a small fraction of this ring. Although this particle size distribution is unusual in the Solar System, they may reflect particle-formation processes that have not previously been considered, the authors conclude. –Molly Michelson

Scientists have discovered a stratosphere—similar to the stable layer in our planet’s atmosphere—on a massive and blazing-hot exoplanet 378 light years away.

The presence of a stratosphere can provide clues about the composition of a planet and how it formed. This atmospheric layer includes molecules that absorb ultraviolet and visible light, acting as a kind of ‘sunscreen’ for the planet it surrounds. While stratospheres are common on planets in our solar system, astronomers were unsure if it would exist on an extremely hot planet.

“Some of these planets are so hot in their upper atmospheres, they’re essentially boiling off into space,” says Avi Mandell, of NASA’s Goddard Space Flight Center. “At these temperatures, we don’t necessarily expect to find an atmosphere that has molecules that can lead to these multilayered structures.”

In the stratosphere, unlike the troposphere layer that spans the ground to the clouds, the temperature increases with altitude, a phenomenon called temperature inversion. Using Hubble’s Wide Field Camera, NASA Goddard’s Korey Haynes and her colleagues gathered data from the exoplanet known as WASP-33b and measured emission from water and compared it to emission from gas deeper in the atmosphere. The team determined that emission from water was produced in the stratosphere at about 6,000°F (3,300°C). The rest of the emission came from gas lower in the atmosphere at a temperature about 3,000°F (1,650°C).

The team also presented the first observational evidence that WASP-33b’s atmosphere contains titanium oxide, one of only a few compounds that is a strong absorber of visible and ultraviolet radiation and capable of remaining in gaseous form in an atmosphere as hot as this one.

“These two lines of evidence together make a very convincing case that we have detected a stratosphere on an exoplanet,” Haynes says. The study is published today in the Astrophysical Journal. –Molly Michelson