Codie last wrote about the effects that plastics can have on bird species. As we all know, there are many more ways that we can have negative impacts on animals of all shapes and sizes. I recently prepared a study skin of a Western Snowy Plover (Charadrius nivosus nivosus), a bird you might be familiar with if you frequent the California beaches that they breed on. 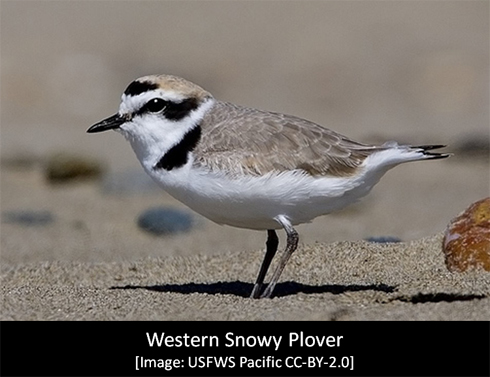 The Western Snowy Plover is a small shorebird that nests and raises its young on beaches. Between the months of March and September, beaches along the Pacific Coast become the territory on which these birds find a mate, establish a nesting site, lay and incubate their eggs, and raise their young. Beaches are obviously a very important part of the life cycle of this species. As we all know, beaches are also important to another species: humans! We use beaches for recreation both for ourselves and our dogs. Between human recreation, urbanization, and the introduction of invasive plant species, suitable beach habitat for Snowy Plovers to breed on has diminished. 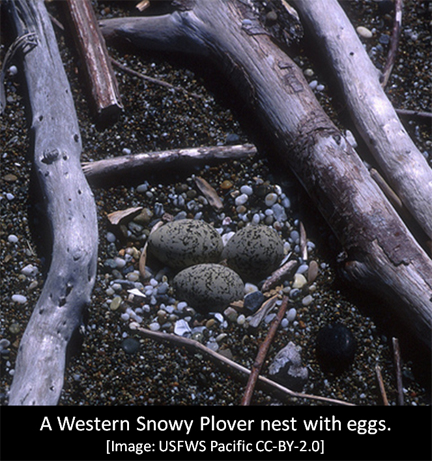 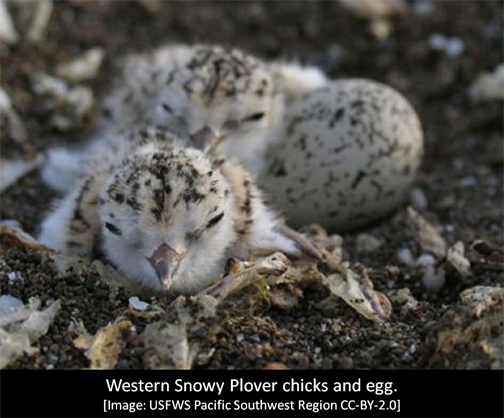 What does this mean for the plovers? As you might imagine, habitat loss means less area on which to successfully breed. Even in areas where plovers still nest, humans, predators, and other animals scare adult birds away from their nests, leaving eggs and young vulnerable. This inability to breed can lead to endangerment of a species and, in the worst case, extinction. The Western Snowy Plover has been listed as a threatened species under the Endangered Species Act since 1993, meaning that the species is likely to become endangered within the foreseeable future (endangered meaning that the species is in danger of extinction throughout all or a significant portion of its range). It’s obvious that we need to find a way to allow these birds to breed while still being able to use beaches ourselves.

There have been and continue to be many restoration projects along the Pacific Coast that focus on removing invasive plant species, restoring native plant species that attract beach-dwelling animals, and setting aside protected areas where humans and dogs can’t impact breeding birds. These kinds of projects are crucial to species’ survival! 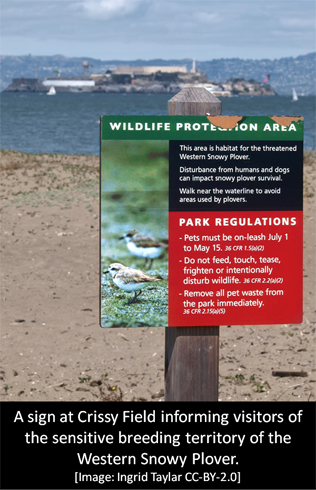 Am I suggesting that we all keep ourselves and our dogs off of beaches? Absolutely not! I’ve lived the majority of my life in California and love going to the beach (with my dog, as well). We just all need to make sure that we share the beach with native plants and animals. That may mean paying attention to signs pointing out sensitive areas, keeping our dogs on leash, and keeping our beaches clean. It’s a small price to pay to ensure that Western Snowy Plovers, as well as other species, get a chance to survive.