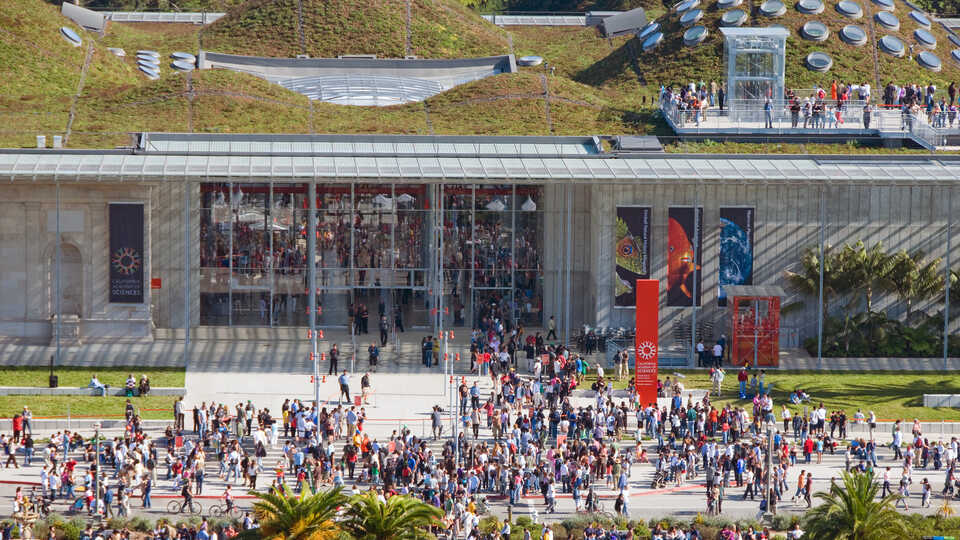 On an evening in 1853—just three years after California joined the United States—seven men assembled in a candle-lit room in San Francisco and founded the first scientific academy west of the Atlantic seaboard. Local naturalists’ fieldwork generated a growing collection of research specimens, so a museum was opened on Market Street to display these scientific treasures. The California Academy of Sciences soon became one of the West's most popular destinations, drawing some 80,000 visitors annually to gaze at its giant wooly mammoth, taxidermied grizzly bears, native plant specimens, and rare artifacts.

But when the Great Quake of 1906 struck the city, the Academy's home—and all but a handful of  its specimens—were lost. As luck would have it, however, a two-year Academy expedition was in the Galapagos Islands at the time, gathering material that would one day form the nucleus of the institution's new collections.

In 1916, the Academy found a new home in Golden Gate Park, where it grew over the decades to include North American Hall, Steinhart Aquarium, Simson African Hall, Science Hall, Morrison Planetarium, and more. But 1989, the Loma Prieta earthquake shook the area once more, causing major structural damage that left the Academy in need of another beginning.

The Academy used this as an opportunity to rethink the entire museum-going experience. The new vision: to create an institution for the 21st century—a premier destination of grand design that would bring the latest in scientific research to the public in the most engaging, educational, and inspiring ways imaginable. Now home to Steinhart Aquarium, Morrison Planetarium, and the Kimball Natural History Museum—as well as world class research and education departments—the Academy's mission is to explore, explain, and sustain life.

Explore our evolution in more detail through the timeline below.

1849: The Rush is On!
Eighty thousand gold seekers come through San Francisco this year, all of them bound for the Sierra foothills where they hope to strike it rich!

1850: California’s Other Natural Riches
On September 9th, California becomes America's 31st state. Many of the plant and animal species in the new state are unknown to science; the federal government begins to fund surveys of California’s natural resources.

1853: A New Academy to Promote Natural Science
The California Academy of Natural Sciences is founded on April 4th, when seven men meet in a Montgomery Street office. They propose to undertake "a thorough systematic survey of every portion of the State and the collection of a cabinet of her rare and rich productions."

1874: The First Public Museum in San Francisco
Crowded by growing collections and visitors, the Academy moves into a building on the corner of California and Dupont (now Grant Avenue). A woolly mammoth exhibit is part of a natural history collection purchased for the Academy by Charles Crocker and Leland Stanford. Annual attendance grows to 80,000 visitors.

1883: The Academy’s First Women Curators
In its first year of existence, the Academy adopted a formal resolution: “[W]e highly approve of the aid of females in every department of natural science, and invite their cooperation.” In 1883, botanist Mary Katharine Curran becomes the Academy’s first paid curator. One year later, Rosa Smith becomes the first female curator of Ichthyology in any natural history museum.

1896: A Vibrant Center for Science
Always a hub for lively discourse, the Academy attracts scientists from the University of California and Stanford. An Academy tradition of academic collaboration begins when David Starr Jordan, a world-renowned ichthyologist and first president of Stanford University, is elected President of the Academy.

1903: Pacific Voyage—Racing Against Extinction
Scientists find that island species worldwide are rapidly disappearing. The Academy launches its first expedition to Mexico’s Revillagigedo Islands. The urgent purpose of this exploration is to document island plants and animals for science before they become extinct.

1906: Great Earthquake and Fire Destroy Museum
“I got down to the Academy at about 7 A.M. and found the bridge connecting the two buildings gone and the museum stairs badly wrecked. I managed to climb up to the top floor … when Miss Hyde came to my aid. Together we saved all the records ...  Meanwhile the fires started by the earthquake were closing in on the Academy.” —Academy Director Leverett Mills Loomis

1909: Planning a New Museum
Already, preparations are underway for building a new Academy museum in Golden Gate Park. The park promises a safe location for priceless scientific collections, removed from the threat of fire should another major earthquake occur.

1916: A New Museum Dedicated to Excellence
As a new, state-of-the-art museum in Golden Gate Park is dedicated, Director Barton Warren Evermann emphasizes that education is an important function of the Academy. The director often joins school groups to explain various exhibits. Creating new science education programs for Bay Area schools and the public is a high priority.

1923: Steinhart Aquarium Opens
At last! After many years of planning, research, and travel to ensure “the best” for San Franciscans, the magnificent new aquarium opens to the public.

1932: Return to Galápagos
Templeton Crocker funds an expedition to the Galápagos aboard his yacht, Zaca. Academy scientists will bring back 331 live specimens for display and study at Steinhart Aquarium.

1934: Simson African Hall
Dedicated on December 3, the Academy’s new African Hall is open to the public two days a week. Visitors throng to see the magnificent animals of faraway Africa in artfully realistic habitats. As the Great Depression deepens, Academy programs struggle. Good homes must be found for the marine mammals when the outdoor pools close due to budget cuts.

1941: The Academy’s War Effort
The Academy is ready to contribute to the national welfare in the “present emergency.” Paleontologist G Dallas Hanna’s small instrument shop is enlarged to repair optical and navigational equipment for the U.S. Navy.

1948: In Search of “Living Fossils”
The dawn redwood, long thought extinct, is rediscovered in China. The Academy mounts a joint expedition to the site with China’s Lingnan University. Led by entomologist J. Linsley Gressit, the team hopes to find insects that evolved with the ancient trees. Researchers return with thousands of specimens, including dawn redwood seeds and seedlings, some of which grow today at Strybing Arboretum.

1950: Science, Live on TV!
Embracing television as a promising new medium for teaching science, the Academy begins producing its own weekly TV program. Science in Action features Steinhart Aquarium’s director, Earl Herald, with guest scientists. The popular educational program remains on the air for 16 years—a generation grew up with it!

1954: The First Bay Area Science Fair
Waiting anxiously among the exhibits at the California Academy of Sciences, dozens of high school students agonize as scientists from the Academy, various industries, and Bay Area universities judge and rank their science projects.

1962: Gaining World-class Collections
In terms of biological diversity, the Academy has one of the world’s largest natural history collections. It doubles and triples in size as the Academy acquires “orphan” collections. As universities move into molecular biology, many no longer want to keep specimen collections. Appreciating their value, the Academy makes room for them.

1972: Commitment to Excellence
The size and scope of research collections and curatorial staff expand rapidly, while dramatic increases are also seen in exhibition and education programs. Executive Director since 1963, botanist George E. Lindsay fosters growth throughout the Academy.

1982: New Tools of Science
Innovations such as computers, DNA sequencing, and the scanning electron microscope (SEM) offer scientists new insight and understanding. Data are gathered, processed, and shared rapidly. These are critical advantages as dwindling biodiversity brings new urgency to the Academy mission: to explore and explain the natural world.

1983: Bringing Science to the Public
Employing new media and emerging technologies, the Academy continually reaches out to new and diverse audiences. In an age of mass extinctions, responsible environmental stewardship is critical; the Academy’s role in promoting science education is more important than ever.

1989: Loma Prieta Earthquake—Prelude to Change
Over time, the wear and tear caused by more than 100 million visitors took its toll on the Academy's buildings in Golden Gate Park, and the 1989 Loma Prieta earthquake delivered a particularly powerful blow. The quake causes the Academy to close Bird Hall permanently and reevaluate the safety, purpose, and functionality of its other buildings.

2000: Exploring World Biodiversity
Working in biodiversity hot spots worldwide, Academy researchers share knowledge to promote local stewardship. After a period of independent, individual research, Academy scientists return to a tradition of multidisciplinary collaboration. Teams of researchers work together in the field and in laboratories, exchanging ideas and perspectives.

2003: Transition, A Place to Test Ideas
As the Academy celebrates its 150th anniversary, it also prepares to move out of Golden Gate Park and into a temporary home in downtown San Francisco while a new facility is built on the site of the original. In addition to a public aquarium, the transition site at 875 Howard Street offers the opportunity to test new ideas for exhibits, educational programs, and other visitor services for the next four years.

2005: A Groundbreaking Moment
Construction begins on a new Academy designed by renowned architect Renzo Piano to serve as a physical and conceptual extension of the Academy's mission to explore, explain, and sustain life. Bringing the aquarium, planetarium, and natural history museum together under one living roof, it replaces 12 well-worn and earthquake-damaged structures with one state-of-the-art facility. Two exterior walls from the original African Hall remain, forming the northeastern corner of the new building.

2007: Great Migration
Academy staff pack up their offices—along with 20 million research specimens and 38,000 live animals—for the move back to Golden Gate Park. Meanwhile, a four-story rainforest is coming to life, the finishing touches are being put on the world’s largest all-digital planetarium, and new exhibits are taking shape.

2008: The Start of a New Era
On September 27, the doors to the new Academy open to the public. Earning double LEED Platinum ratings from the U.S. Green Building Council for its sustainable design and operations, the structure also occupies a smaller footprint, giving an acre of open space back to Golden Gate Park. 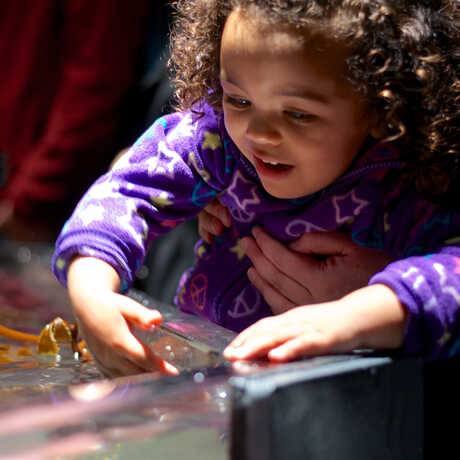 Discover how our research and education programs are transforming lives in the Bay Area and around the world. 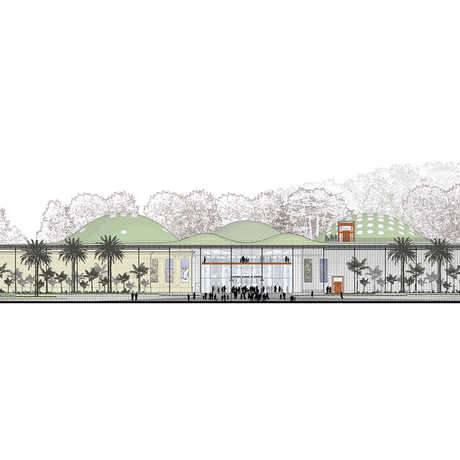 Meet Renzo Piano, the architect behind the Academy's green building. 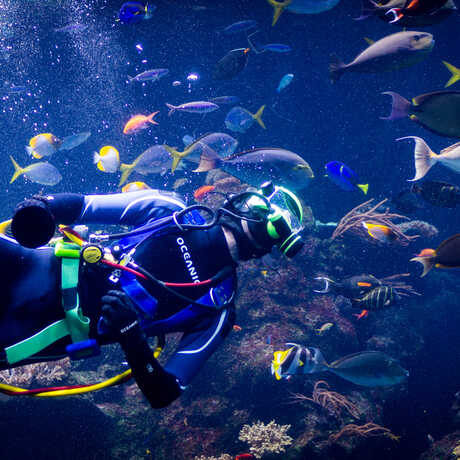 Meet the leadership team, Trustees, and Fellows whose vision and direction make the Academy's mission possible.

Spend an hour learning about the institution's rich 160-year history. Visit the research collections—not on view to the public—and learn what it takes to house nearly 46 million specimens.

Learn how our research and education programs impact people and places around the world.