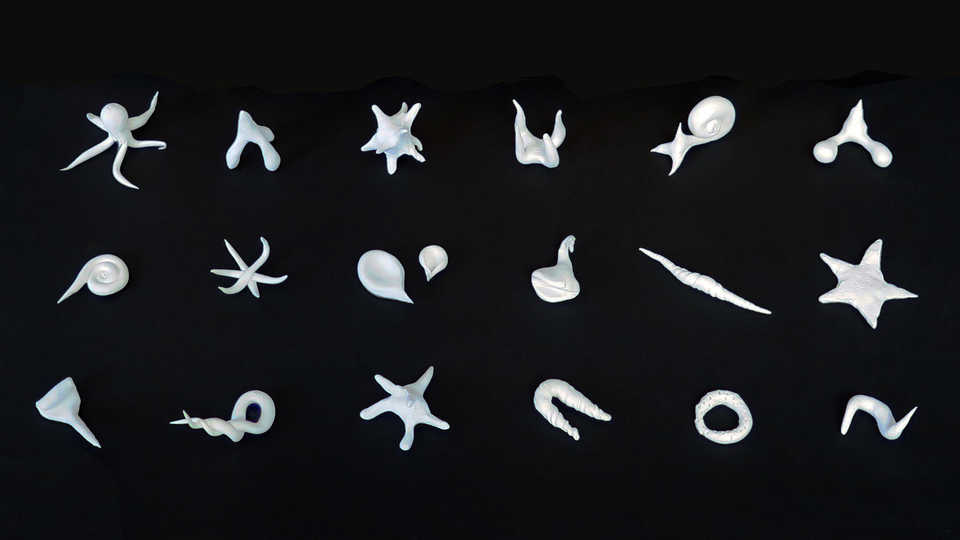 This recent Long View Study is inspired by a U.S. expedition’s discovery of diverse microbes thriving in a subglacial lake deep below the Antarctic ice sheet. In 2013, Montana State University researcher John Priscu and his WISSARD team found nearly 4,000 species of microorganisms in the cold, dark waters of Lake Whillans in West Antarctica. It was the first confirmation of life forms in the vast network of lakes that lie sandwiched between the continent’s land and the ice that covers it.

Deprived of sunlight, these microorganisms are fueled by chemosynthetic processes rather than photosynthesis. Some use the energy in the chemical bonds of ammonium to fix carbon and drive metabolic processes while others use the energy and carbon in methane to survive. Priscu and his team believe that the ammonium and methane may have been provided by decomposed organic matter deposited there hundreds of thousands of years ago when Antarctica was warmer.

WISSARD is one of three projects investigating the lakes that lie under the Antarctic ice. In February 2012, Russian scientists confirmed that they penetrated Antarctica's Lake Vostok at a depth of 12,355 feet (over 2 miles). Despite being the first ever to probe a subglacial lake, they are yet to accurately analyze their samples due to borehole contamination. A British attempt to reach Lake Ellsworth, under a mile of ice, was called off in December 2012 due to equipment failure.

The scientists have vowed to press on, eager to eventually compare the contents of the three lakes. Lake Vostok’s waters are thought to take 10,000 years to renew as it is most sealed off from the surface. Lake Ellsworth may turn over in about 700 years, and the waters of Whillans, half a mile below the surface of the ice, is likely replenished every decade or so.

New discoveries may also shed light on how parallel life on other planets and moons can survive. As Priscu comments: “Europa has an icy shelf and liquid water beneath it, just like we find in the Antarctic system, which allows us to draw some conclusions about what we might find there. I’d love to be around when we finally penetrate that environment to look for life.”

My artwork consists of a grid of sculptural figurines that imagine a range of newly-discovered life forms. They were created in collaboration with my 11-year old son Bruno using white polymer clay. The collection is currently on view in the exhibition Art Above 66° 33’ at the Augustana Teaching Museum of Art from 2016 November 18 through 2017 February 10. In the show, this artwork is paired with a found Antarctic object to create one of fifty vignettes that will comprise the Long View project’s completion.