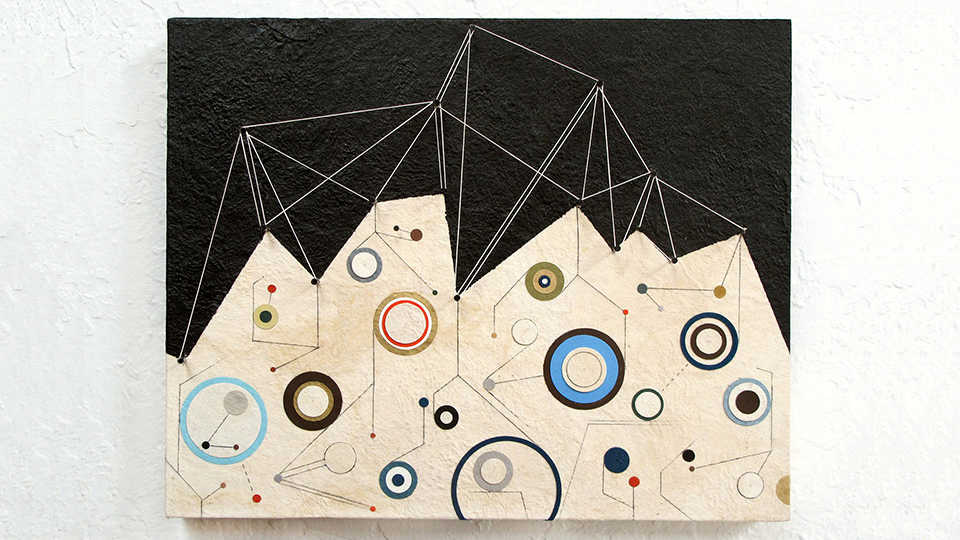 My newest Long View artwork takes Antarctic ice coring for its subject. Ice cores are obtained by drilling deep into ice sheets and extracting cylindrical-shaped samples of compressed snowfall. These layered columns read as a historical record of climate and atmospheric conditions due to the concentrations of dust, ash, sea-salts, gas bubbles and human pollutants they contain.

Scientists analyze the cores’ physical and chemical properties to determine past variations in air and ocean temperatures, precipitation, solar strength, ocean volume, marine biological productivity, atmospheric circulation, volcanic eruptions, and sea ice and desert extent, among other activity. With this information, they can better understand the correlation between greenhouse gases and global climate patterns. It also allows them to make educated predictions about climate change in the future.

The oldest continuous ice core records in Antarctica extend to 800,000 years, revealing 8 previous glacial cycles. The sample was recovered in 2004 by the European Project for Ice Coring in Antarctica (EPICA) near Dome C in East Antarctica. Analysis of the 3,190 meter-long core (just under 2 miles) confirmed the long-term association between greenhouse gases and global temperature.

The record for the longest ice core is 3,701 meters (2.3 miles) drilled by the Russians in the 1990s at Vostok Station in East Antarctica. The longest ice core ever drilled by U.S. scientists was a 3,331 meter column (just over 2 miles) yielding ice up to 100,000 years old. It was achieved on December 1, 2011 by the West Antarctic Ice Sheet Divide ice core project (WAIS), supported by the National Science Foundation.

LV Study No. 22 was created by hand on Amate bark paper with cut paper and graphite on the bottom half, and thread suspended between nails on the top.