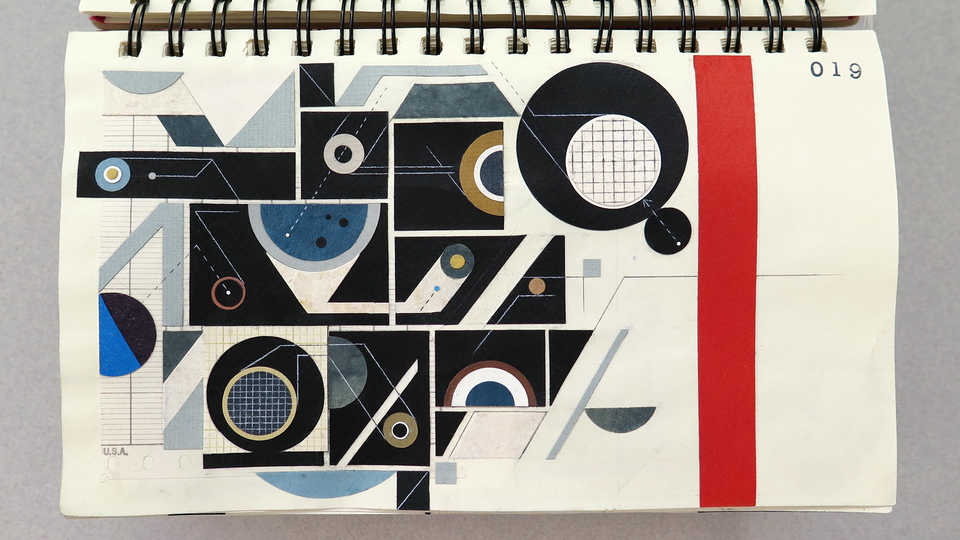 High up at the South Pole's 9,301 ft. elevation, a structure known as the "Cosmic Dust Sucker" pulls air in through a 3-micron filter at five meters per second, 24 hours per day, 7 days a week. The project, formally called "Sampling Interplanetary Dust from Antarctic Air," is conducted by a research team led by Susan Taylor of the U.S. Army Cold Regions Research & Engineering Laboratory with the aim of capturing tiny dust grains from outer space that make their way through our atmosphere and onto the Earth's surface. Many of these micrometeorites are remnants from billions of years ago when our solar system was still in its infancy. By studying the basic chemical and physical makeup of the particles, scientists can glean valuable information about the planetary system and how it formed.

My artwork is an abstraction of the Cosmic Dust Sucker and its inner workings. The actual structure resembles a vertically-placed box with an aluminum pipe extending six meters above the surface of the snow. It sits at the edge of the South Pole Station's clean air sector (represented by the red line in my piece) with its intake pointing towards the ever-present winds arriving from the vast and pristine polar plateau.

Cosmic dust is not confined to Antarctica of course. It falls continuously all over the globe, from oceans and deserts to forests and mountaintops. It was first found in the abyssal seabed by the Challenger expedition of the 19th century, and there's been recent success in detecting it among the millions of terrestrial dust particles in urban environments. But at the South Pole's high elevation, scientists need only sort through Earth's purest air, free of pollution, to find cosmic dust. By running the Cosmic Dust Sucker non-stop throughout the year, they hope to collect much greater quantities of these particles than previously possible.