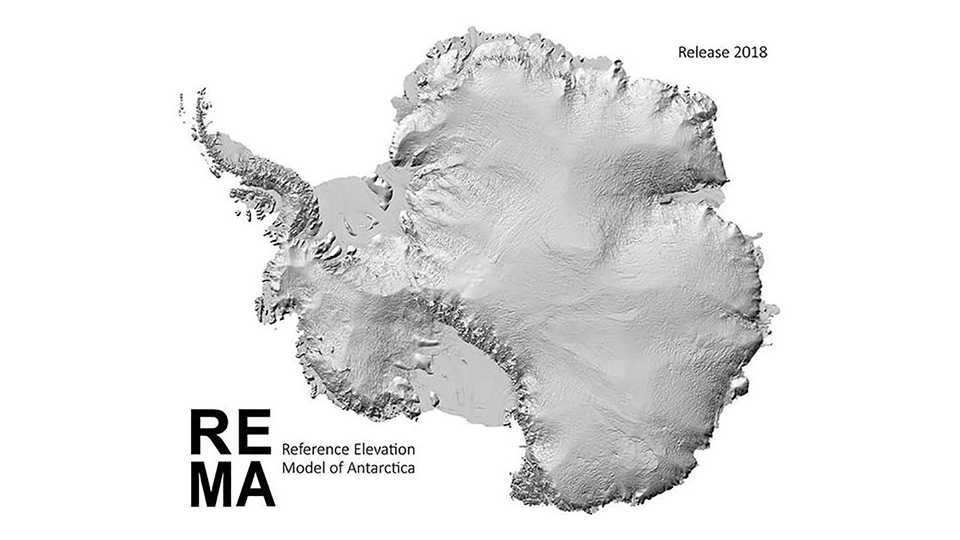 A team of researchers from the University of Minnesota and the Ohio State University has produced the biggest and most detailed map of Antarctica to date. The project was released in September by the National Science Foundation-funded Polar Geospatial Center (PGC) at UMN.

The map, titled the Reference Elevation Model of Antarctica (REMA), exists as a massive three-dimensional digital file of the surface of the frozen continent. It covers an area of about 5.4 million square miles — considerably larger than the 48 contiguous states of the U.S. — and boasts a resolution of 26 feet (8 meters), providing researchers with the height of every topographical feature in Antarctica within a few feet. Previously, the most accurate reading was within about 0.6 miles (1 km) in elevation.

The map draws on the availability of digital imagery through a cooperative effort between NSF and the Department of Defense’s National Geospatial-Intelligence Agency. The NGA collects and analyzes millions of high-resolution photos taken by satellites orbiting at an altitude of about 250-435 miles (400-700 km). The REMA team developed software to process and assemble imagery from this database to create the new high-res terrain map. The effort took over five years and engaged the processing power of the NSF's Blue Waters supercomputer at the National Center for Supercomputing Applications at the University of Illinois at Urbana-Champaign.

REMA's improved images will enable researchers and support staff to more safely plan fieldwork in the remotest of polar regions. Just as importantly, scientists will use the map together with other data to measure shifts in Antarctica's surface ice over time. “Now we’ll be able to see changes in melting and deposition of ice better than ever before,” said Paul Morin of the University of Minnesota, the founder and director of the PGC. “That will help us understand the impact of climate change and sea level rise. We’ll be able to see it right before our eyes.”