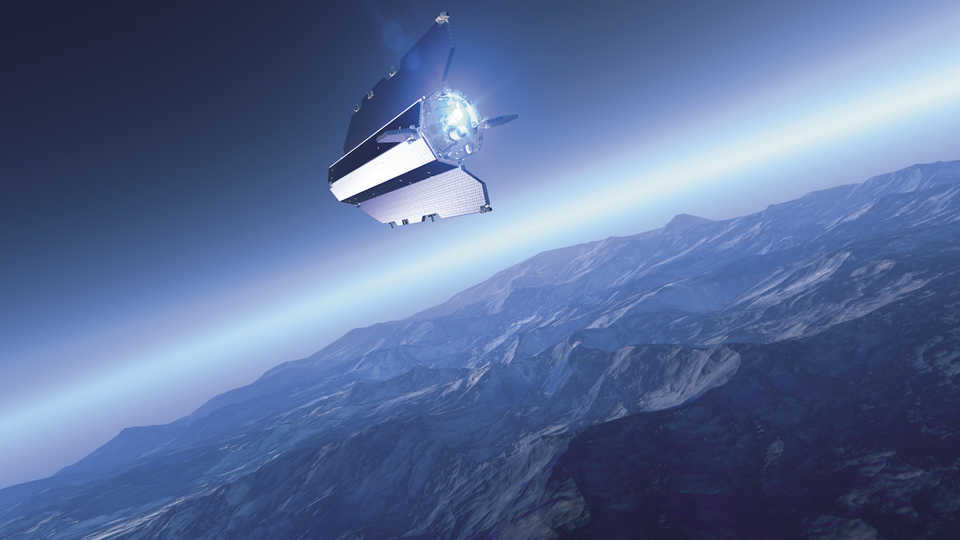 The gravity-mapping satellite GOCE orbited Earth for over four years, revealing East Antarctica to be made up of a mosaic of old cratons. Image: European Space Agency

Cratons are the old and stable parts of the Earth's crust and uppermost mantle (lithosphere). They are generally found in the interiors of tectonic plates, unaffected by the turbulent rifting of continents. East Antarctica, once assumed by many to be a single craton, is now proving to be a complex amalgam of old cratons with clear ties to Gondwana's regions that became Africa, India and Australia.

The insights come from newly analyzed seismological data collected by the Gravity Field and Steady-State Ocean Circulation Explorer (GOCE) satellite which orbited Earth between March 2009 and November 2013, looking for slight variations in the Earth's gravity. Flying at an altitude of just 158 miles during its last year of operation, its measurements enabled an unprecedented 3D image of Antarctica's subsurface.

Researchers say these findings offer clues to how Antarctica and other continents separated 160 million years ago, how plate tectonics affect present-day Antarctica, and how the lithosphere might affect overlying ice sheets in the future. By better understanding such aspects of the frozen continent, they hope to more accurately predict and assess its response to climate change.

Their findings were published earlier this month in the journal Scientific Reports.