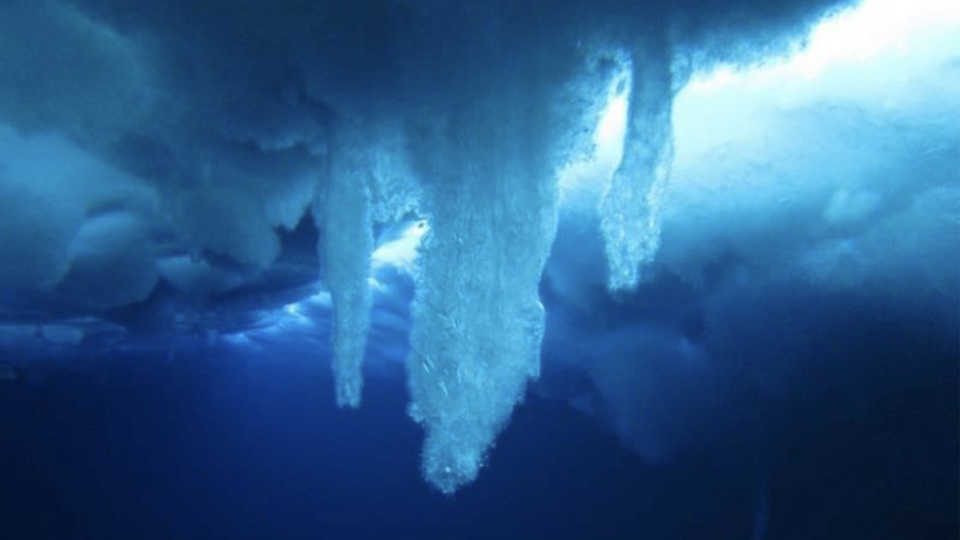 Beneath the Antarctic sea ice, a fascinating — and often deadly — phenomenon was first captured on film in 2011. It's the formation of brine icicles, or “brinicles,” that grow towards the sea floor from the base of polar sea ice.

Brinicles begin when sea water freezes on the polar ocean surface and salt brine concentrates are expelled from that ice, creating a downward flow of extremely dense and cold saline water with a lower freezing point than the surrounding water. The descending brine stream freezes the neighboring ocean water upon coming into contact with it, causing an icy sheath to form around the stream. This process continues as the brine sinks, creating a hollow tube of ice that can reach the ocean floor.

When it does, the treachery begins. As the extra cold brine spreads over the seabed, it forms a web of ice, trapping everything in its path. This includes any bottom-dwelling sea creatures such as starfish or sea urchins, which are ultimately frozen to death. Any marine animal that happens to wander into these brine trails and pools also meets the same fate.

Despite brinicles' deadly properties, they also qualify as “chemical gardens” possessing many of the same conditions as hydrothermal vents, a top candidate for where life emerged on Earth. Like hydrothermal vents, brinicles have high concentrations of chemical compounds, electric potentials that may help jump-start life, and brine-rich compartments with interiors coated with lipids and fats acting as primitive membranes.

A resulting proposition among some researchers is that brinicles could have been the site of a cold emergence of life, corresponding to hydrothermal vents' roles in the hot origins theories. These ideas play into searches for habitable zones beyond our planet. The icy ocean environments of Jupiter’s moons Ganymede or Callisto, for example, could conceivably harbor brinicles that encourage life in otherwise inhospitable conditions.