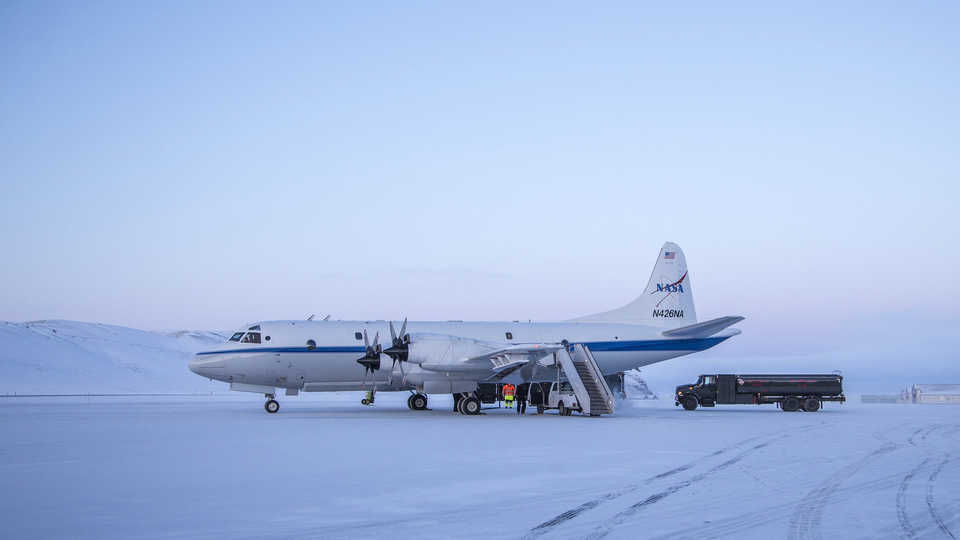 As our planet warms, its ice sheets and glaciers are losing mass at alarming speed with wider implications for the world. Ice shelves act as buttresses for glaciers, regulating their flow into the ocean. As these shelves dissipate and weaken, glaciers empty into the ocean at greater rates, accelerating sea level rise.

Operation IceBridge is a NASA mission that monitors these changes from above Antarctica and Greenland using high-resolution photos and other readings. In addition to helping researchers measure the amount of lost ice mass, it helps them understand the changes' causes, effects, and connections to the global climate system.

The mission's Antarctic flights began in October of 2009 using a fleet of research aircraft equipped with a specialized suite of science instruments. Laser altimeters continue to be the key tools. Bouncing laser beams off the continents' surface thousands of times a second, they calculate ice height to within 5 centimeters accuracy.

Operation IceBridge replaced a now-defunct NASA satellite called ICESat that operated from from 2003-2009. In September 2018, Operation IceBridge will itself be replaced by ICESat-2, featuring an enhanced laser system that will fire a set of six beams from orbit to better measure Earth's surface.