Keeping Cool and Green in Singapore 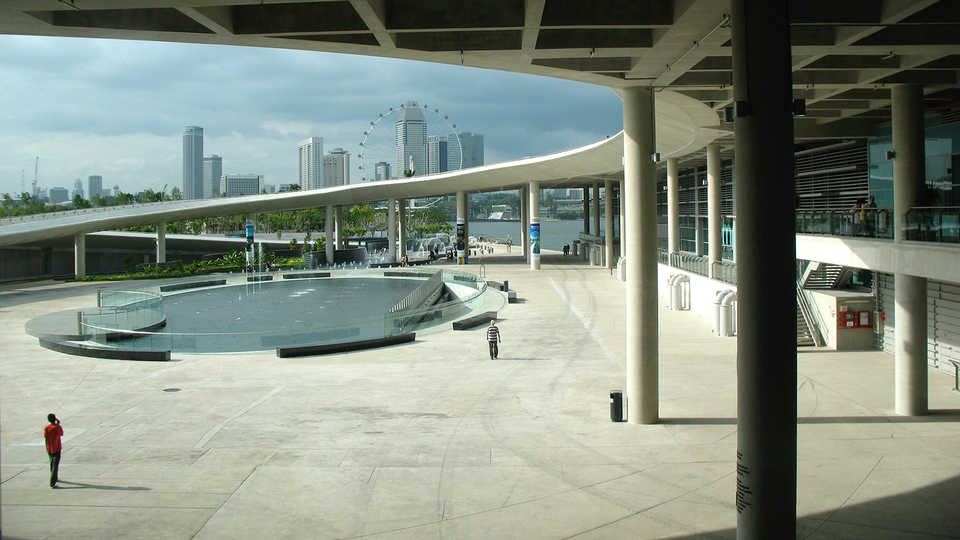 I'm officially on my way to Antarctica, and my first stop is Singapore. I initially didn't expect this visit to figure into the project blog. The climate here is anything but polar (it's downright tropical) and I'm not collecting recyclables yet. But with Antarctic and environmental themes on my mind, there were bound to be related encounters. Plus, it's not often I have the opportunity to report from one of the hottest places on earth while en route to the coldest!

Development here is rapid. The Singapore Flyer (currently the world's tallest Ferris wheel), HortPark, and the Marina Barrage dam/reservoir are just three of several major projects to appear since my last visit two years ago. Happily, public recycling bins are proliferating too. Singapore's recycling program really took off in 2001 with the National Environmental Agency's creation of the National Recycling Programme and its outreach efforts. In 2002, the Ministry of the Environment and Water Resources (which oversees the NEA) launched the 10-year Singapore Green Plan which strives to achieve "zero landfill" and a 60% overall recycling rate by 2012.

The NRP's efforts seem to be paying off. According to its 2005 figures, the proportion of recycled waste had reached 48% -- presumably higher still by now. The U.S. by comparison recycled 32% of its waste in 2005. (In ways perhaps an unfair comparison. Even so, the figures can be motivating.) Sharing the Singapore government's gusto in promoting green initiatives are independent organizations such as Green Future Solutions whose informative sites include ZeroWasteSG. 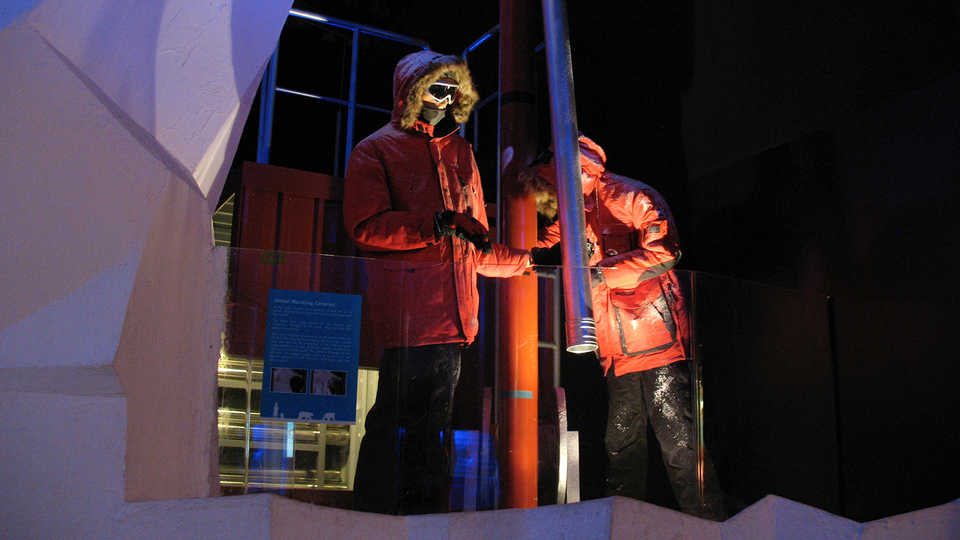 There are at least a couple of environmental science exhibits on view here at the moment. One is the Climate Change show at the Singapore Science Centre. It's a small scale overview with some fun interactive elements geared primarily towards kids. My favorite displays were, of course, the Antarctic research dioramas. I was immensely pleased to meet up with polar scientists so early in my voyage, even if they were manikins. 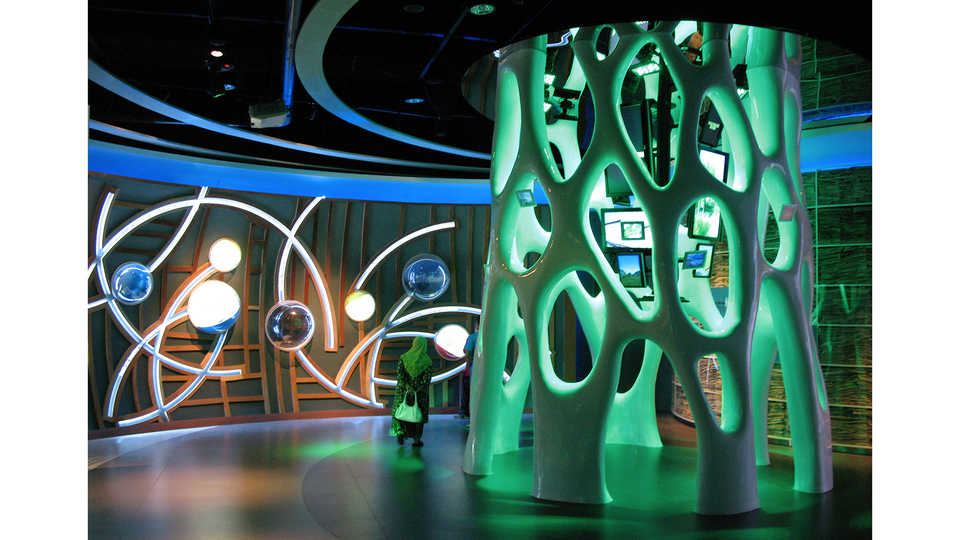 The other exhibit is the Sustainable Singapore Gallery's multimedia installation at Marina Barrage. It's by far the more spectacular and comprehensive show. No manikins here. The focus is on visitors' relationships with the environment. 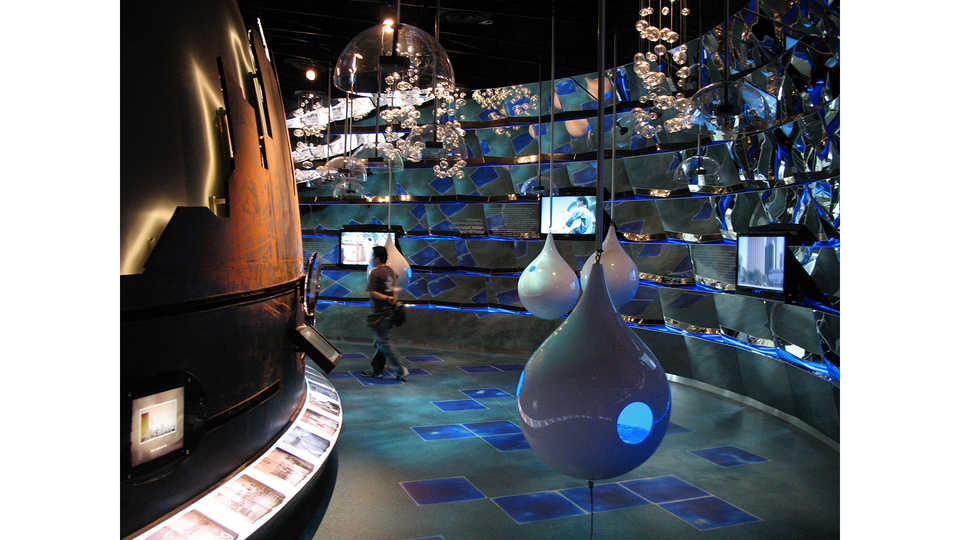 The venue's six stunning galleries showcase Singapore's environmental aims and the Marina Barrage's role in it. The innovative displays (many interactive) appeal to adults and kids alike. 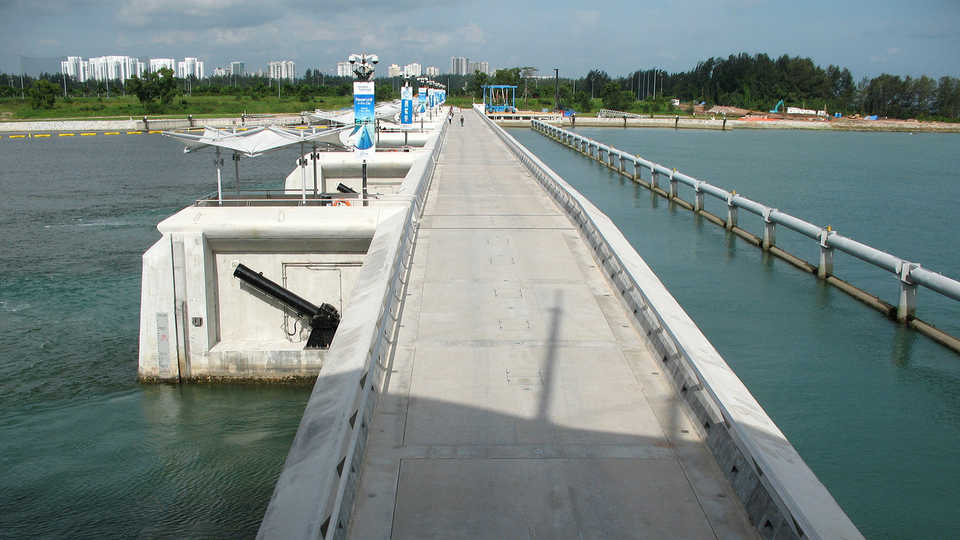 The Marina Barrage itself is a recently completed dam forming the city's first reservoir. Its stated goals include self-sufficiency in water supply (i.e. eliminating reliance on Malaysia for fresh water, ending past disputes) as well as a means of flood control in the city's low-lying areas. The greater complex includes a solar park, a green roof (differently designed from the Academy's), retail and dining outlets, and recreational areas.

Its key feature though is the Barrage / Marina Bridge which spans the Marina Channel. It acts as a barrier to keep out high tides, and will in time also separate fresh water in the Basin on the left from the seawater on the right. Like the rest of the complex, it offers nice views of the Singapore Flyer (still decommissioned and under investigation after having gotten stuck a couple days ago) and the ever-evolving downtown skyline. 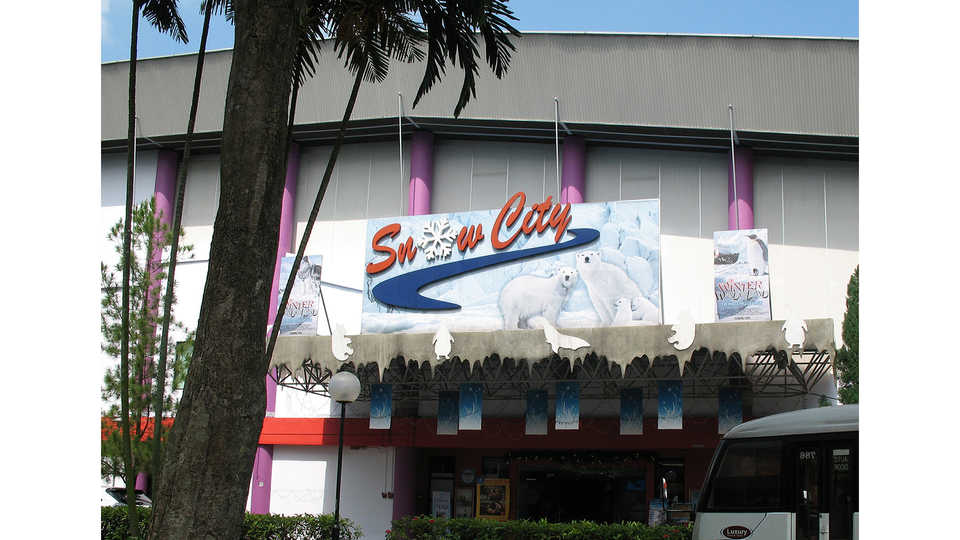 Lastly, my stay wouldn't have been complete without a visit to Snow City, a refrigerated indoor recreational facility featuring a modest skiing / snowboarding slope, sculpted ice bar, and a series of frosty photo-ops. 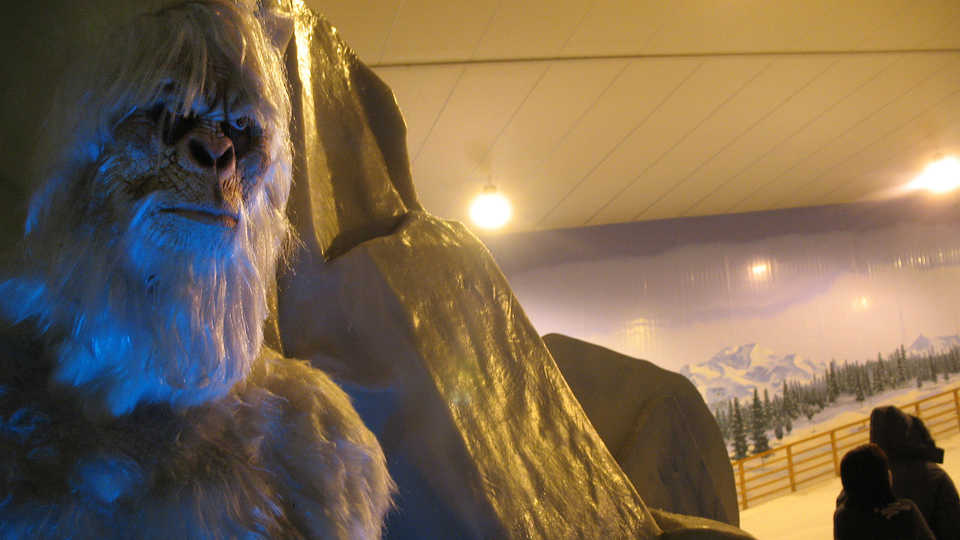 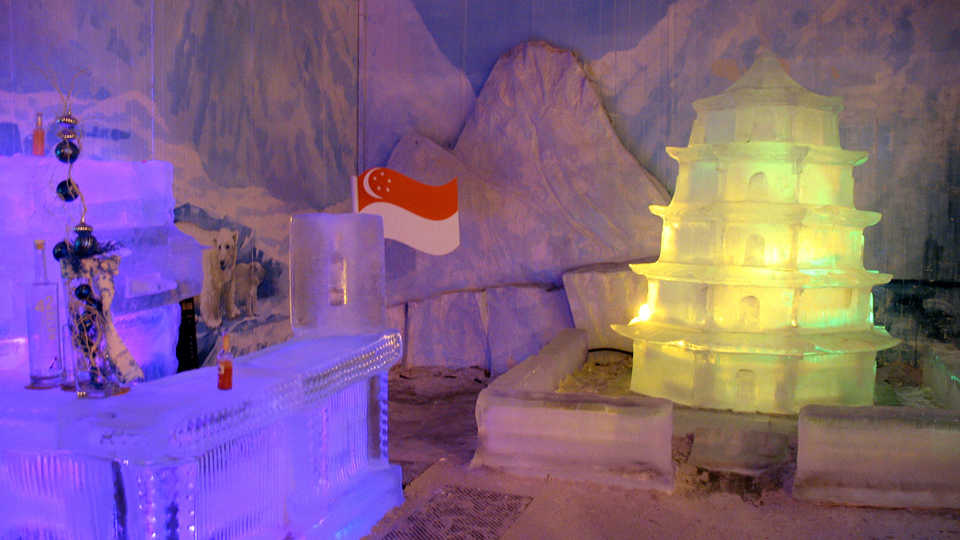 There's also an educational program in the "science of the supercold" (i.e. liquid nitrogen and liquid oxygen) and opportunities for kids who would otherwise never experience snow. Singapore's daytime temperatures of around 31°C / 87.8°F and relative humidity of 60 to 90 percent year-round makes this frigid fun house a truly exotic novelty here.

Me, I was just happy to be out of the equatorial heat. Call it a welcome climate change.

Happy Holidays to all!