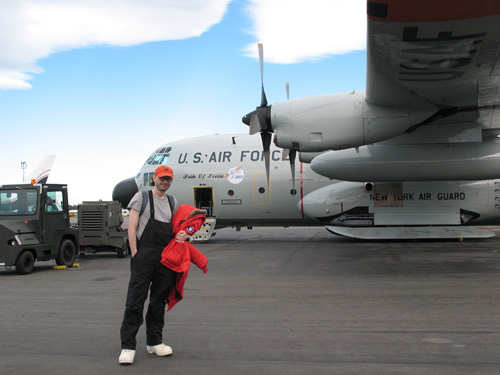 Early this morning, we're back at Christchurch airport. Our plane is the LC-130 ski-equipped aircraft shown above, operated by the 109th Airlift Wing of the New York Air National Guard. These cargo planes provide heavy-lift capability to all inland stations as well as Search and Rescue across Antarctica. They make the trip from Christchurch to McMurdo in about 7.5 hours. By 9 A.M. we were suited up and checked in at the USAP departure terminal. After two days' delay, everyone was anxious to get under way. We taxied to the runway. The skies were sunny, the weather at McMurdo was fine, and then, the announcement: Excessive turbulence overhead. The plane turned around and deposited us back at the terminal. By afternoon, we were back on the plane, and we lifted off. The skies were sunny, the weather at McMurdo was fine, no turbulence to speak of. Then, the announcement: Pressure valve issue. The plane turned around, landed, and deposited us back at the terminal. Amongst themselves, some veterans questioned the reason for the boomerang; it was suggested that the crew was just too exhausted to fly after last night's long flight up from McMurdo. In either case the flight cancellation seemed justified, and we were sent back to town to check into our respective hotels for the third time. 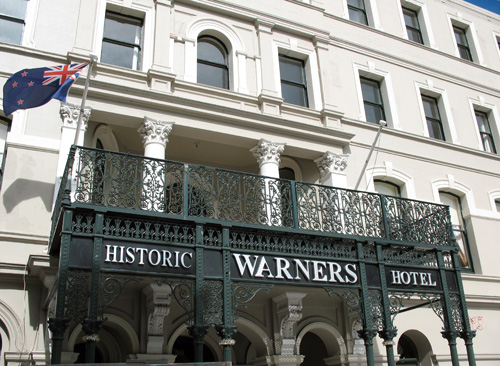 At this point, it was necessary to appeal to the gods. I strolled over to Warners Hotel where Captain Scott used to stay, and ordered a half pint with fish and chips at Bailies, the hotel pub where Sir Edmund Hillary dined. 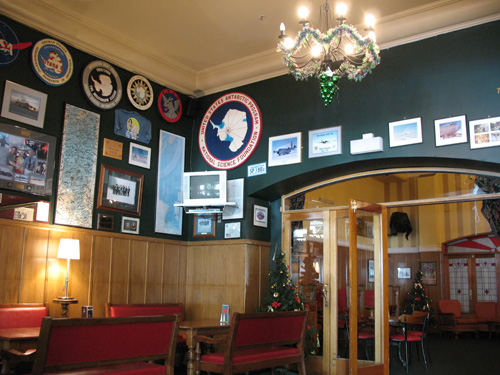 Wall placards, memorabilia and photos attest to Bailies' historic popularity with the polar crowd, and also as a place where Scott and Hillary might today look kindly on fellow travelers in need. I left a chip and assorted batter crumbs as a sacrificial plea to the dual deities, and left, hoping for the best.