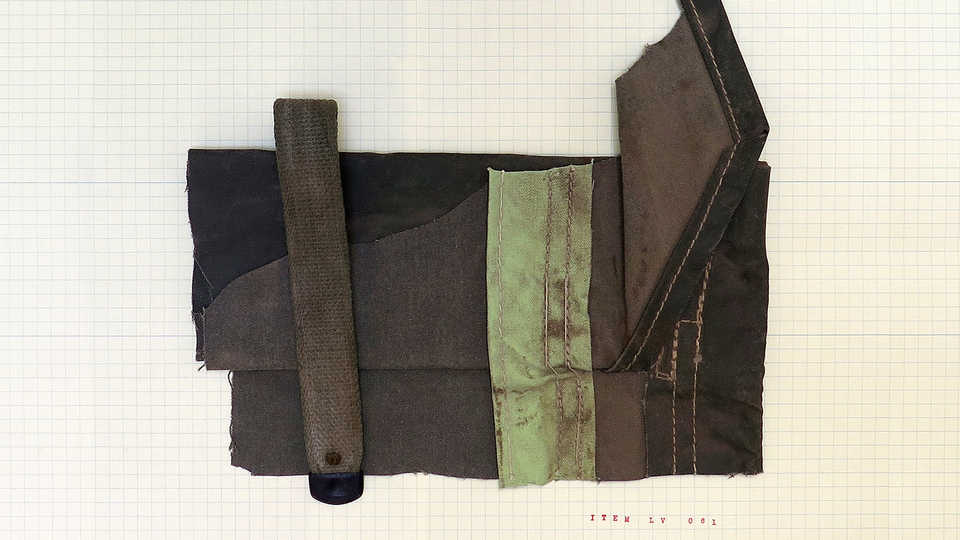 Antarctic Item 061, like the previously-posted artifact, belonged to a Jamesway hut which is a relatively large portable tent shelter for multiple occupants. I recently came across a study that compares such field tents against smaller ones in terms of use and design, shedding light on Jamesways from users’ perspectives. The article results from a survey of U.S. polar teams conducted in 1996 with a focus on user safety, health, and well-being.

The findings highlight the importance of indoor environmental quality factors such as indoor temperature, humidity, and noise conditions. 41% of Jamesway users felt daytime temperatures were too warm while 28% felt it was too cold inside at night. 42% of them found the air too dry — over three times as many as small-tent users. On the other hand, the low humidity helped mitigate problems related to indoor moisture build-up. As for noise conditions, Jamesways were problematic for tent materials slapping audibly in the wind as well as for excessive human noise in the multiple-occupancy environment.

In examining the impact of tent shelters on the psychological well-being of its users, Jamesway-sized structures were rated high for their relative spaciousness. The ability to stand up is coveted by researchers confined inside under bad weather conditions for extended periods of time. Nevertheless, 85% of Jamesway users rated their tents negatively in terms of privacy as compared to 23-33% negativity by smaller-tent users. This lack of privacy likely relates to the sheer number of occupants at any given time despite the use of interior partitions since 1988. On a related note, 20% Jamesway occupants reported greater problems with sleeping than smaller-tent users (4.8-10%).

The study suggest that upgrades or alternatives to Jamesways are long overdue. After all, the structures have remained fundamentally unchanged since their introduction during World War II. With recent advances in extreme-climate architecture, perhaps the architects of McMurdo’s imminent new master plan can take this on as an essential side project.