Antarctic Bookshelf 5: Letters from a Lost Uncle by Mervyn Peake 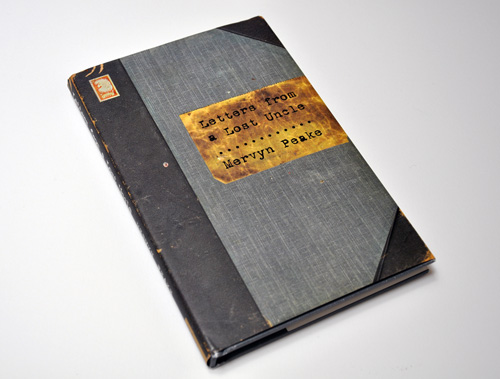 Several polar explorers have penned memorable firsthand accounts of their adventures; Ernest Shackleton's The Heart of the Antarctic and Apsley Cherry-Garrard's The Worst Journey in the World come to mind as classics (both of which I'll cover in future posts). In 1948, Letters from a Lost Uncle, written and illustrated by Mervyn Peake, took its place in the polar journey canon. Unlike Shackleton's and Cherry-Garrard's accounts however, Peake's is pure fiction. It is funny and wildly imaginative, treading fairly absurd territory. Yet in bringing its characters to life and satirizing the adventure genre so well, the book carries emotion and plausibility, conveying a saga about human perseverance and triumph against all odds — the stuff that successful adventure tales are made of. 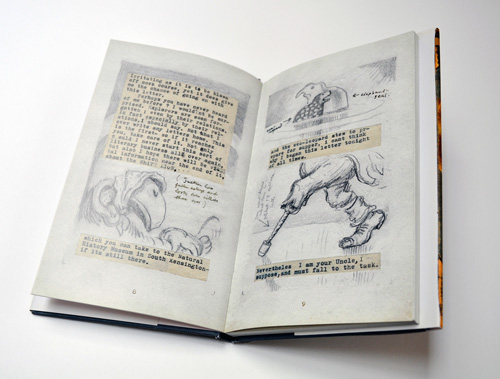 Letters from a Lost Uncle recounts the exploits of a shipwrecked explorer through the letters he writes to his nephew in England. We read the peg-legged adventurer's missives in typewritten form, combined with explanatory drawings to create a wonderfully messy, energetically collaged journal of dispatches. The uncle's subservient travel companion is a large turtle-like creature called Jackson who proves to be simultaneously exasperating and indispensable. Together they navigate the polar wastelands in quest of the awesome and mythic White Lion — Emperor of the Snows. 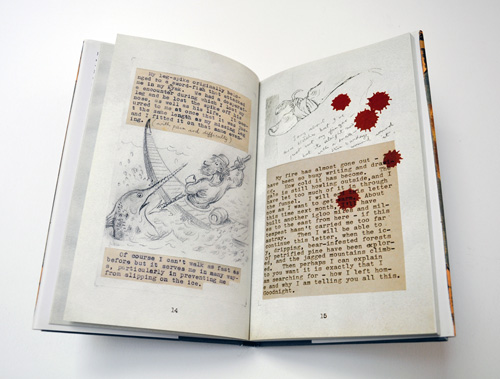 Mervyn Peake (1911-1968) was an English storyteller, artist, poet, and illustrator. He is known for his surreal fiction, notably his Gormenghast books, one of which earned him the Royal Society of Literature prize. He also illustrated classic writings such as Robert Louis Stevenson's Treasure Island, Samuel Taylor Coleridge's The Rime of the Ancient Mariner, and Lewis Carroll's Alice's Adventures in Wonderland and The Hunting of the Snark. His estate maintains a website about his works at mervynpeake.org. 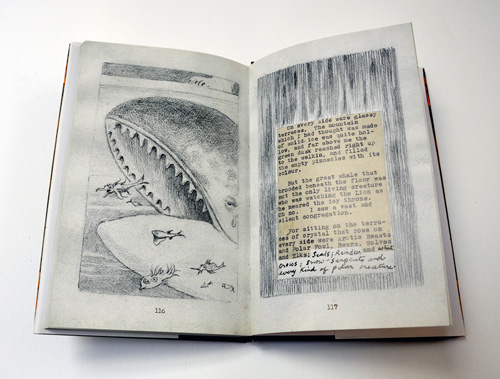 Letters from a Lost Uncle was created in 1945 and first published in 1948 by Eyre & Spottiswood Publishers Ltd. in Great Britain. Peake requested the book's withdrawal shortly after publication due its poor printing quality. It was later reissued at a reduced price, with the original price overprinted. The newest edition, pictured here, marvelously reproduces Peake's artwork for the first time in four colors. It was published in 2001 by Methuen Publishing Ltd. of London, which issued the book in 1977 as well. Many thanks to my friend and world traveler Donald Fortescue for sending this entertaining yarn my way.