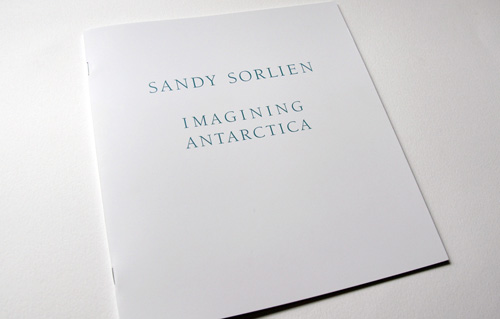 One of my favorite Antarctic photo books wasn't photographed in Antarctica at all. It was shot in the Northeastern United States to create a highly unique representation of the southernmost continent. The project is titled Imagining Antarctica, authored by roaming photographer, urbanist, and writer Sandy Sorlien. 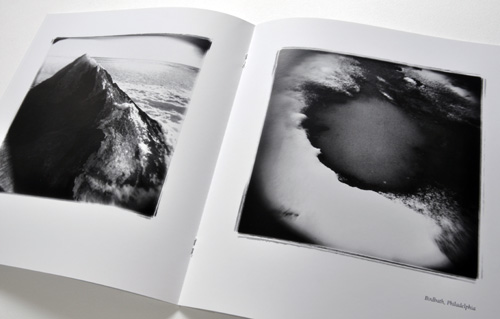 Sorlien conceived of this photo essay upon having been denied an NSF Artists and Writers Program award to visit Antarctica. In lieu of photographing there, she turned her lens on winter terrain closer to home — New England and her resident state of Pennsylvania. Her pictures were taken with a plastic Holga camera known for its quirky distortion of light, focus, and perspective. These effects were deftly put to work in capturing isolated patches of snow, ice, rocks and sky of ambiguous distance and scale to create a brilliantly convincing series of pseudo-polar landscapes. 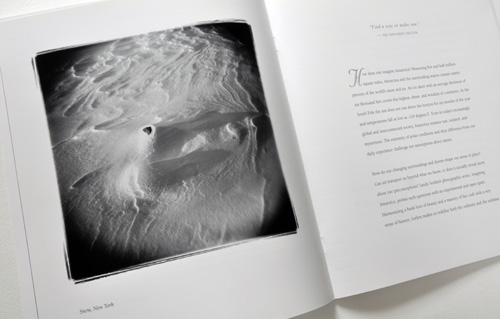 As it happens, Sorlien's brother Christopher, a geologist, was dispatched to Antarctica on an NSF research mission soon after she embarked on this project. Sandy seized the opportunity to collaborate and add dimension to her photo essay by juxtaposing his emailed descriptions of the actual Antarctic coast with her imagined vistas. The similarities between image and text are often striking, lending odd credibility to Sorlien's photographs even as her true subjects and locations are revealed in the captions. This playful blurring of truth and perception serves to put two seemingly disparate regions of Earth in direct dialogue with each other, lyrically revealing their connectedness. 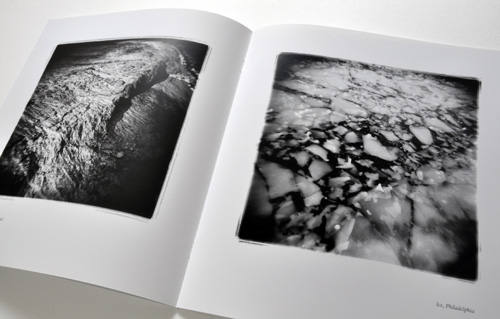 Imagining Antarctica was published on the occasion of Sandy Sorlien's exhibition at List Gallery, Swarthmore College, January 21- February 20, 2000. The book is now out of print but with much perseverance I was able to obtain a (signed!) copy from photo-eye. [Update: Copies are readily obtainable by querying through the author's website.] Many thanks to my friend Susan West for introducing me to this imaginative project. This post is the second entry in my Antarctic Bookshelf series covering notable polar-themed books. The first was Antarctica by Emil Schulthess.