I am sure most of you reading this have heard about the devastating typhoon that hit the central Philippines (Typhoon Haiyan). For me, this typhoon is extremely personal since it has destroyed many of the areas in Bohol I conducted field work with Project Seahorse this past March and April. The biologists I worked with are now helping with relief efforts. It is the strongest typhoon on record (sustained winds of 195 mph, gusts at 235 mph) and is a perfect example of the Earth’s weather becoming more extreme due to climate change. The deadly tornadoes that ripped through the Midwest this month also testify to this. 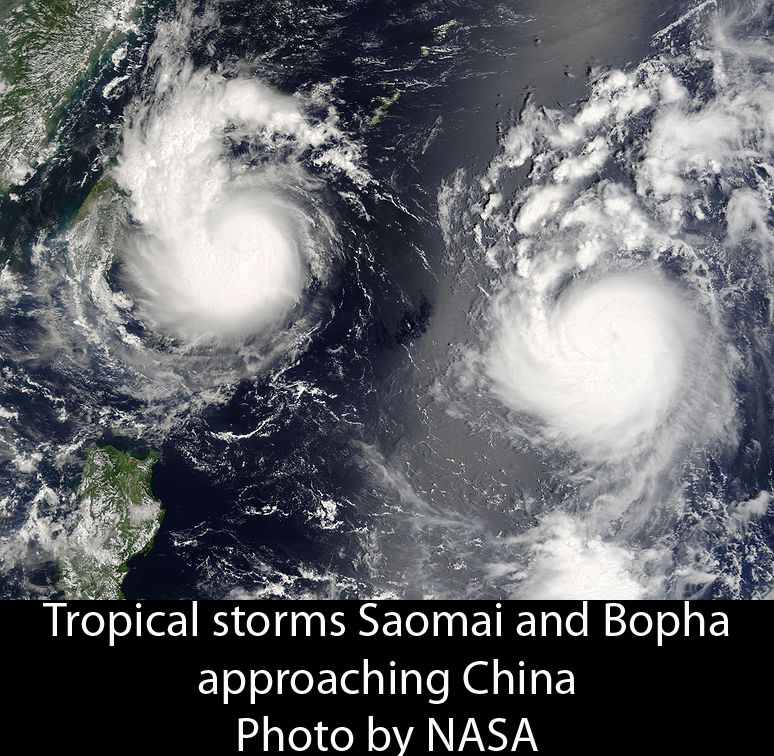 The effects of Typhoon Haiyan on land have made me curious about its effects on the coral reefs surrounding the islands most hard hit. Research has not been done on this yet since the typhoon struck less than two weeks ago, but the damage to the reefs are most certainly going to be significant. We know this, based on what previous typhoons have done to reefs. Typhoon Caloy, which hit Apo Reef in the Philippines in 2006, decreased the coral cover to 18% from 51%. Strong waves and currents created by typhoons can break apart reefs and smother them in sand and debris. This reef damage in turn causes the populations of fish to decrease, affecting those who depend on the reefs for livelihood and food. The population in the Philippines is burgeoning and so now more than ever, it is vital there is enough fish and shellfish to sustain it. 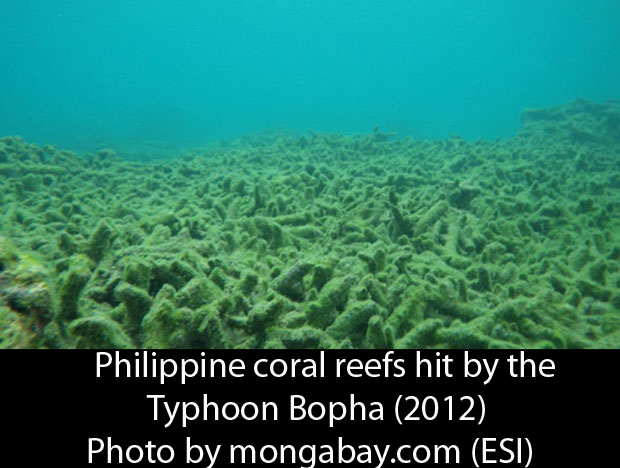 Coral reefs are a buffer to the land when typhoons strike. With more frequent and violent typhoons, coral reefs will struggle to re-grow, and as a result, the buffer they create will be weakened severely when future storms make landfall. This is why now more than ever coastal management of coral reef resources is important. The Academy is working with the Philippine Province of Batangas to strengthen their coastal management and conservation practices, so in the event that another violent typhoon strikes, their oceans and communities will be prepared.

There is still hope for our fragile planet and humanity. You can do your part by decreasing your carbon footprint and helping those who have lost everything in the Philippines. In the words of my graduate advisor, Dean of Science, here at the Academy, “Filipinos, like the biodiversity rich ecosystems that abound here, are also strong and resilient and will rebound. It is in the nature of the Filipino spirit.” This is so true and reflects my love for the Filipino people, their culture, and their bio-diverse ocean.