Thoughts of Spring and Easter Eggs

Springtime is winding down in California!  The days have been getting longer and warmer, the rains came at last and turned the hills green, and the flowers began blooming. Spring, as welcome as it is, is a special time because it is so ephemeral. In only a few short months, maybe even weeks, the green grasses turn brown, the flowers go to seed, and summer begins. As I walk the fire trails of Mount Tamalpais every morning with my dog, I have watched the new grass sprout and rapidly grow.

Although there are many species of grasses in California, the vast majority of them are not native species. When the Spanish explorers first came to California in the mid 1700’s, they brought their sheep, goats and cattle with them. These animals in turn brought along their native European annual grasses, as seeds stuck to their coats and in their droppings. By the mid 1800s, expanded populations of cattle killed off the native annual bunch grasses, which were susceptible to their heavy grazing, leaving the rapid growing annual grasses to dominate the landscape, as they do still today.

Two of these grasses have fallen under the lens at the project lab this month. One is big quaking grass, also known as rattlesnake grass, Briza maxima. The cone-shaped inflorescence resembles the rattle of its namesake, and after it dries out a bit it will make a faint rattling sound as it is blown about by the gentlest of breezes. Often a subject of nature photographers, this macro view shows a beauty otherwise not seen. 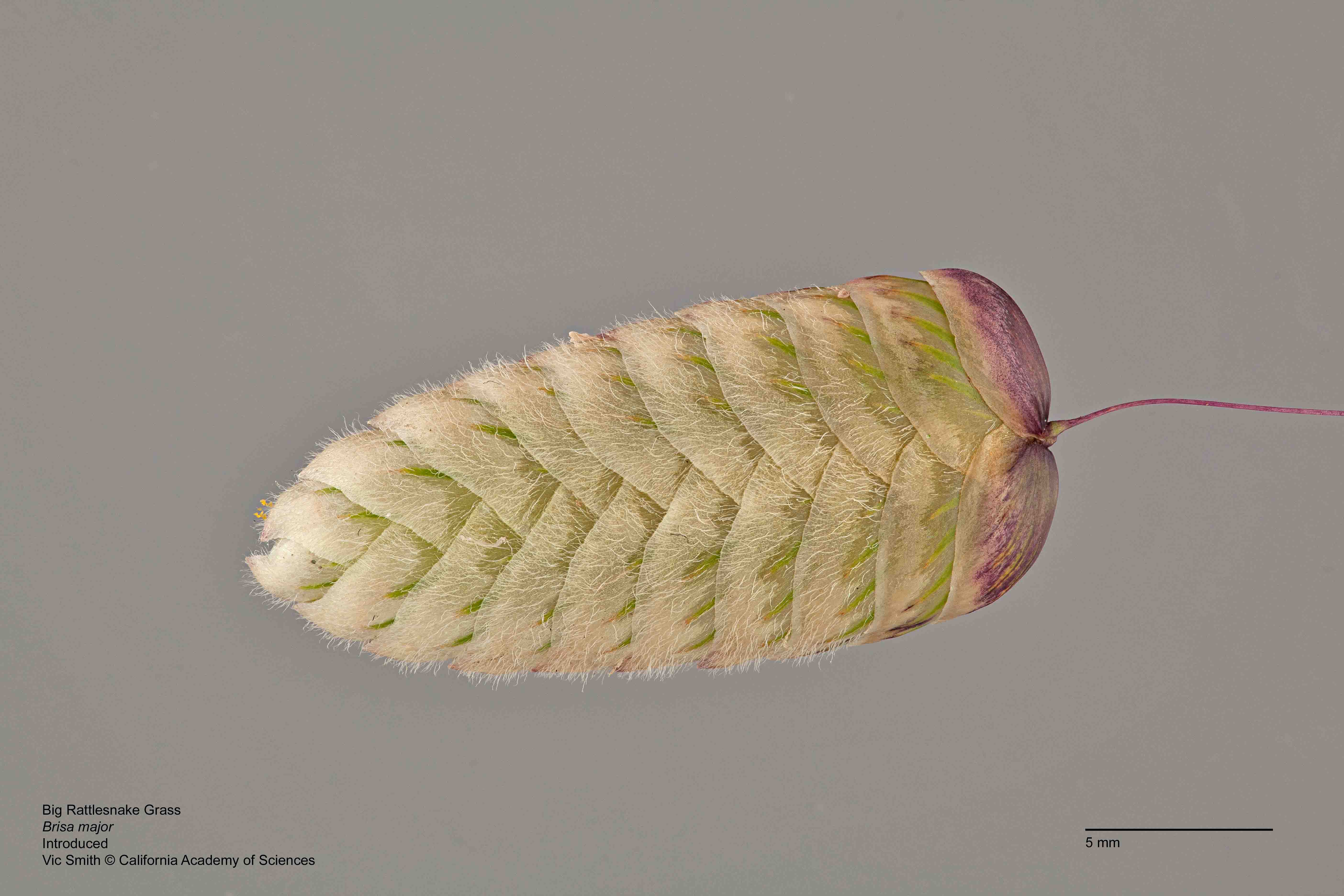 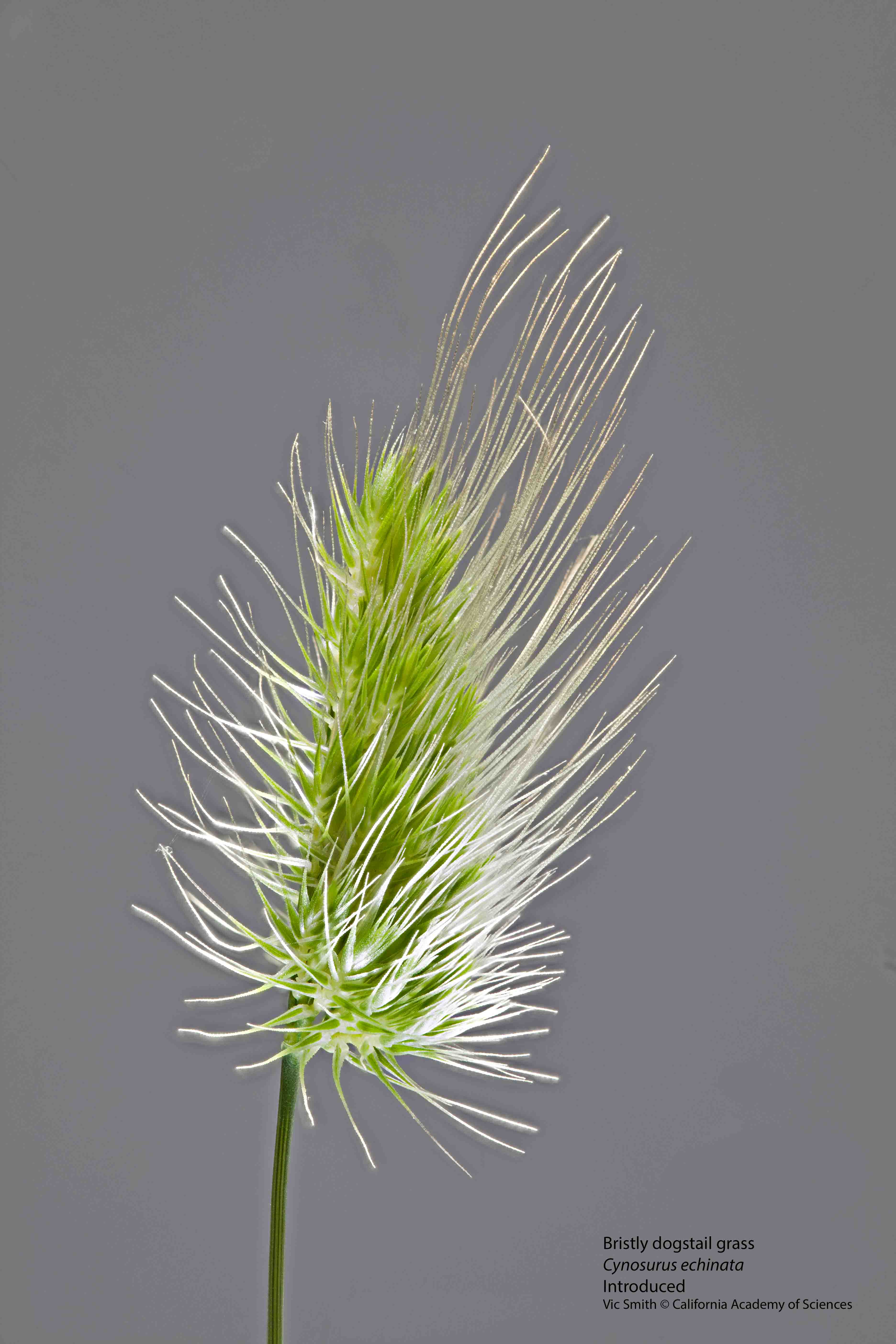 Also featured is the bristly dogtail grass, Cynosurus echinatus. This grass has become naturalized over much of the United States.

Spring is also associated with Easter, the holiday that celebrates the return of life after the long winter. Fertility, fecundity, resurrection; these are all aspects that Easter focuses on. The egg is often used as a symbol of these qualities, but I thought I would add an entomologists twist: beetles. Of all the animal life on the planet, there are more species of beetle than any other. In fact, nearly a third of all described species of animals are beetles, with weevils (snout beetles) being the largest sub-set of beetles. As my parting shot, I offer you a view of one of the “Easter Egg Weevils”, Pachyrhynchus kotoensis.