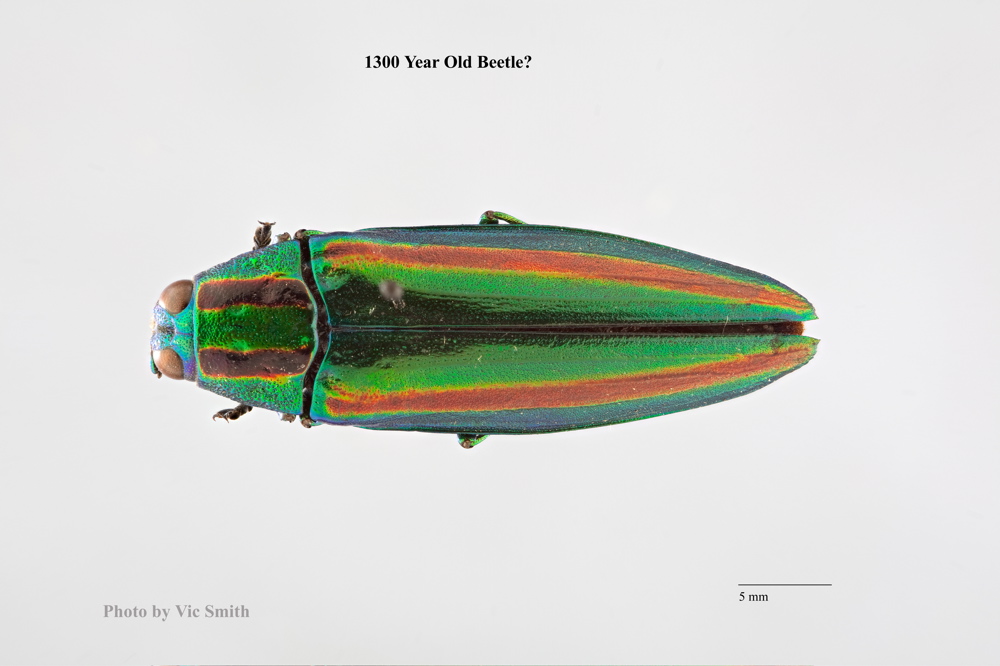 Deep within the bowels of the Academy’s insect collection is a special cabinet known as the Oh-My! Cabinet, a special part of the collection with unusual, rare, or otherwise especially interesting specimens. My blog this week focuses on one of the drawers in this cabinet that tells an interesting, but controversial story. The Goju-no-to is a five-story pagoda, a part of the Todaiji Temple in Nara, Japan that was originally constructed in 725. In 1950, some work was being done on the temple, exposing the original foundation. A specimen of the Buprestid beetle Chrysocoa fulgidissima was reputedly found in the foundation timbers, which would make it a 1,300 year old specimen! Part of the controversy arises from the wording used by Austin W. Morrill Jr. of San Francisco who donated the specimen to the Academy. In his donation description, he (or someone else) writes, “The beetle was collected from the foundation timbers in 1950. The beetle emerged from the early foundation timbers, and therefore it seems likely to be nearly 1300 years old.” Part of the controversy is the use of the word “emerged,” which to most entomologists suggests a living beetle. While it is quite within the realm of possibility that the exoskeleton of a beetle could survive unharmed in a protected location for such a long period of time, it does not seem likely that a living beetle could survive. A more recent specimen of the same species was collected in Nara in 1951, and looks about the same as the reputed ancient example. We may never prove this one way or the other, but it makes for an interesting story! 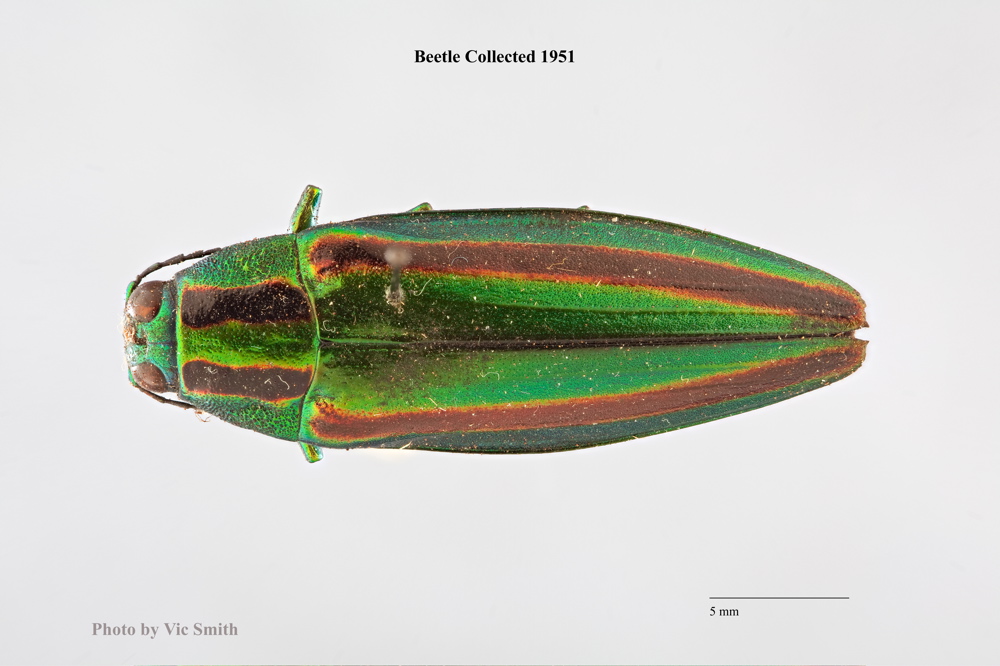