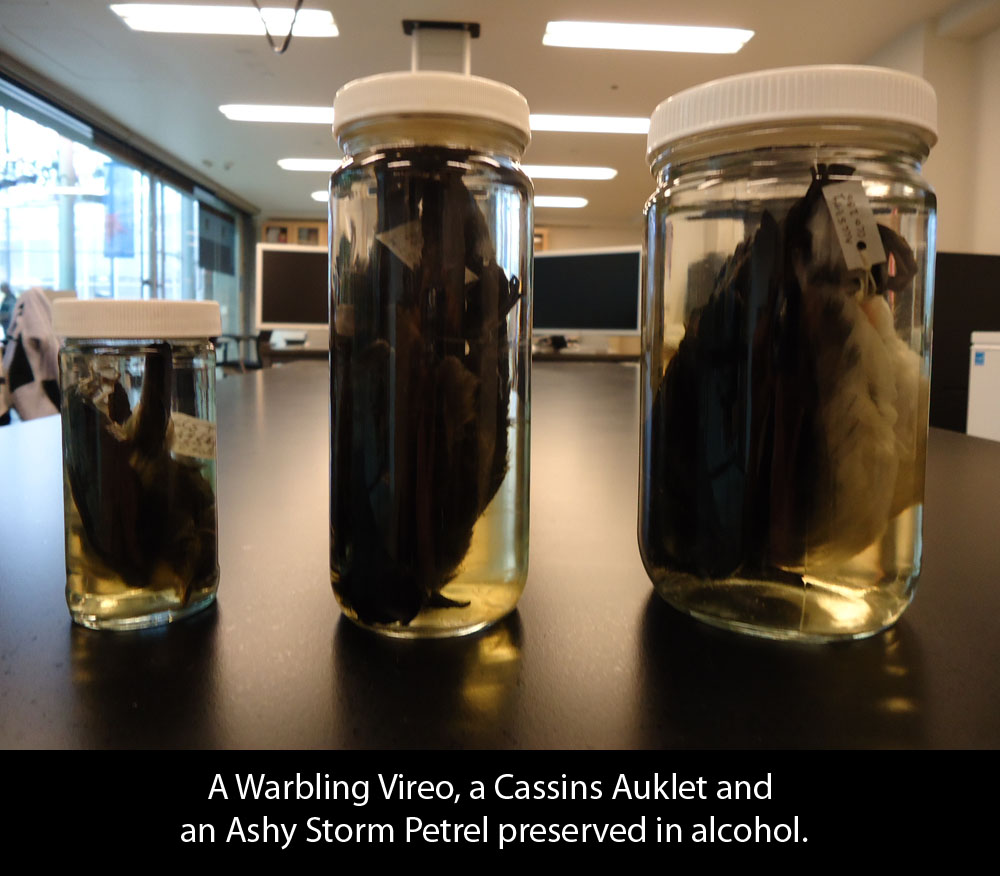 Most of the time Academy guests can find me preparing study skins in the Project Lab, but I also employ other methods to preserve specimens for the Ornithology and Mammalogy research collection.  For the three specimens from SEFI, I chose to preserve them in Ethyl Alcohol (EtOH), which has the advantage of keeping the entire bird for later research.  When creating specimens for our O&M collection the preparator must keep in mind the pros and cons of each type of preservation whether it be a “study skin” which preserves the external parts of the animal for dry storage, a “skeleton” which preserves only the bones of the body also for dry storage, or an “alcohol” specimen which preserves the entire body in liquid. 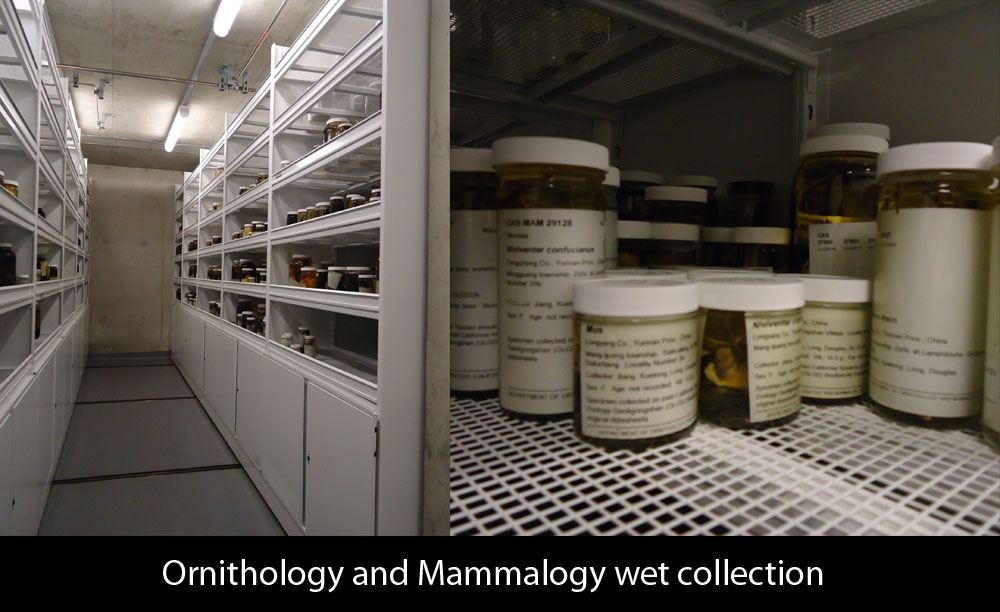 Since these three specimens were found on the Farallon islands, an important stop during bird migration and breeding ground for many seabirds, preserving them in Ethyl Alcohol will give the most complete picture of what the birds were doing when they died.  Later research can not only look at the physiology and morphology of the specimen, but we can also examine stomach contents to see what the bird ate or examine other internal organs to determine the overall health of the bird. 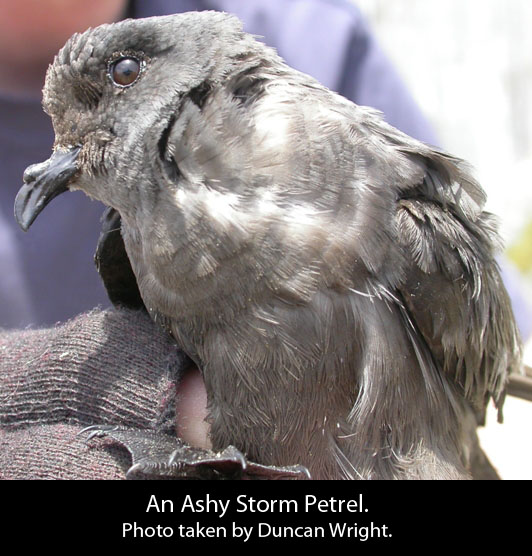 For the Ashy Storm Petrel, a bird considered a species of special concern, keeping all body parts can be especially helpful.  As a species that breeds on the Farallones, introduced species such as predatory cats and rats can have a huge impact on bird populations.  Using the specimens of the collection here at the Academy, researchers can determine population change over time by examining the locality distribution of found specimens.  Only time will tell if this Ashy storm Petrel has a special story to tell about life on the ocean but that story is invaluable to gaining a larger picture of its entire species.  The more we know about species populations the better we can provide conservation guidelines for the future health of all species!