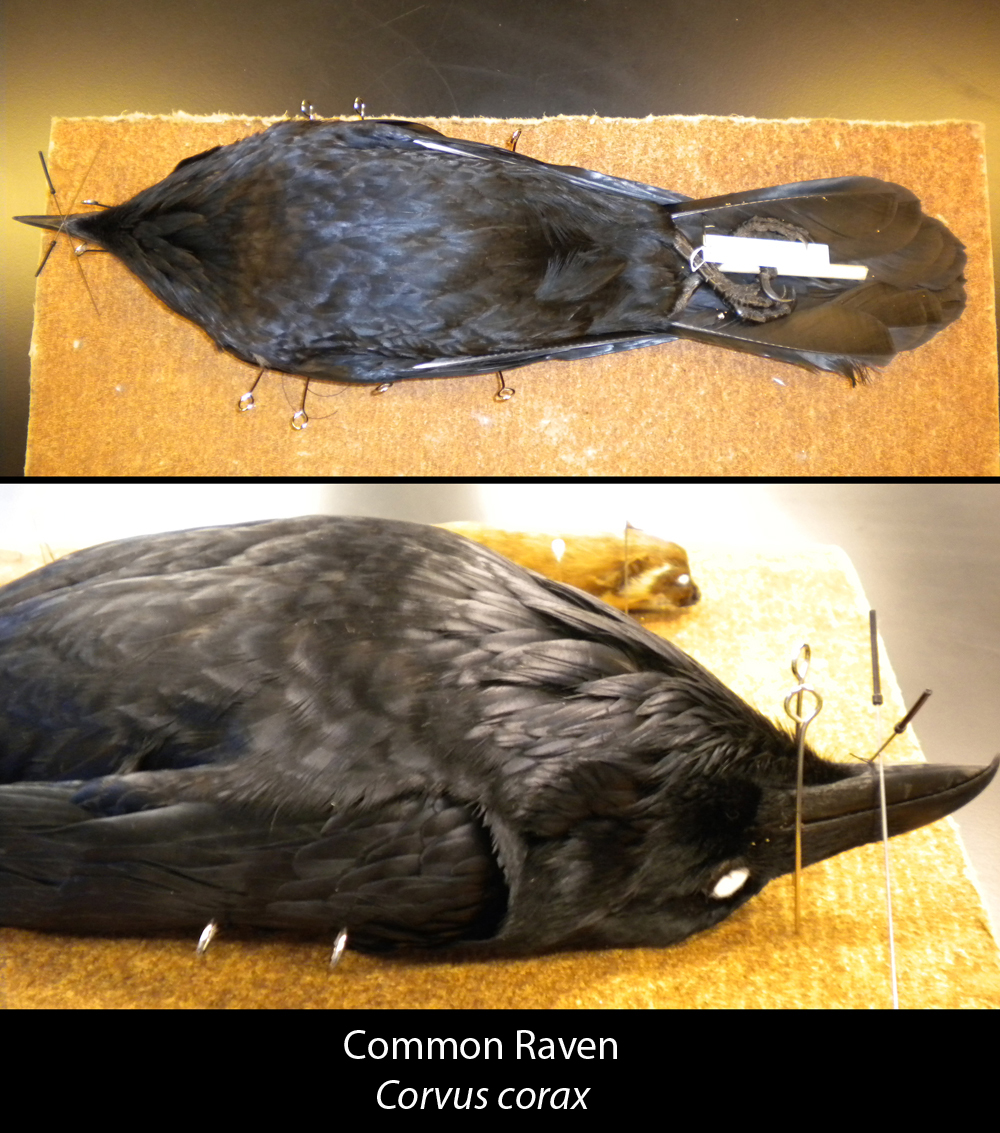 Many of us know what a Raven looks like, and have probably heard the haunting poem by Edgar Allan Poe.  I’ve heard them calling from my rooftop at all hours of the day and clacking their bills when I pass by, hardly moving out of the way whenever there’s a passerby.  These gregarious birds belong to one of the smartest avian families-the Corvid family, which includes Ravens, Crows, Jays, and Magpies amongst others.

Today, I am preparing a Common Raven, Corvus corax, for the Ornithology and Mammalogy research collection.  This specimen will enter into our collection of more than 30,000 study skins used for scientific research on avian populations and systematics.

Although Common Ravens can oft be seen down at Ocean Beach or in Golden Gate park, it might be surprising to learn they were not always such a ubiquitous presence in the Bay Area until the late 1970s to early 1980s. While it’s not clear what has caused the increase in Raven populations, they don’t seem to mind the co-habitation!  Carrion eaters by trade, Common Ravens are able to take advantage of human settlements and the trash we leave behind, scavenging their meals from our bins. Since the Raven doesn’t have a hooked bill to pry flesh from dead carrion, it usually has to wait for larger predators or vultures to take the first bite before moving in, but humans leave behind plenty of scrumptious morsels for the Raven to feast with relatively little effort on their part. 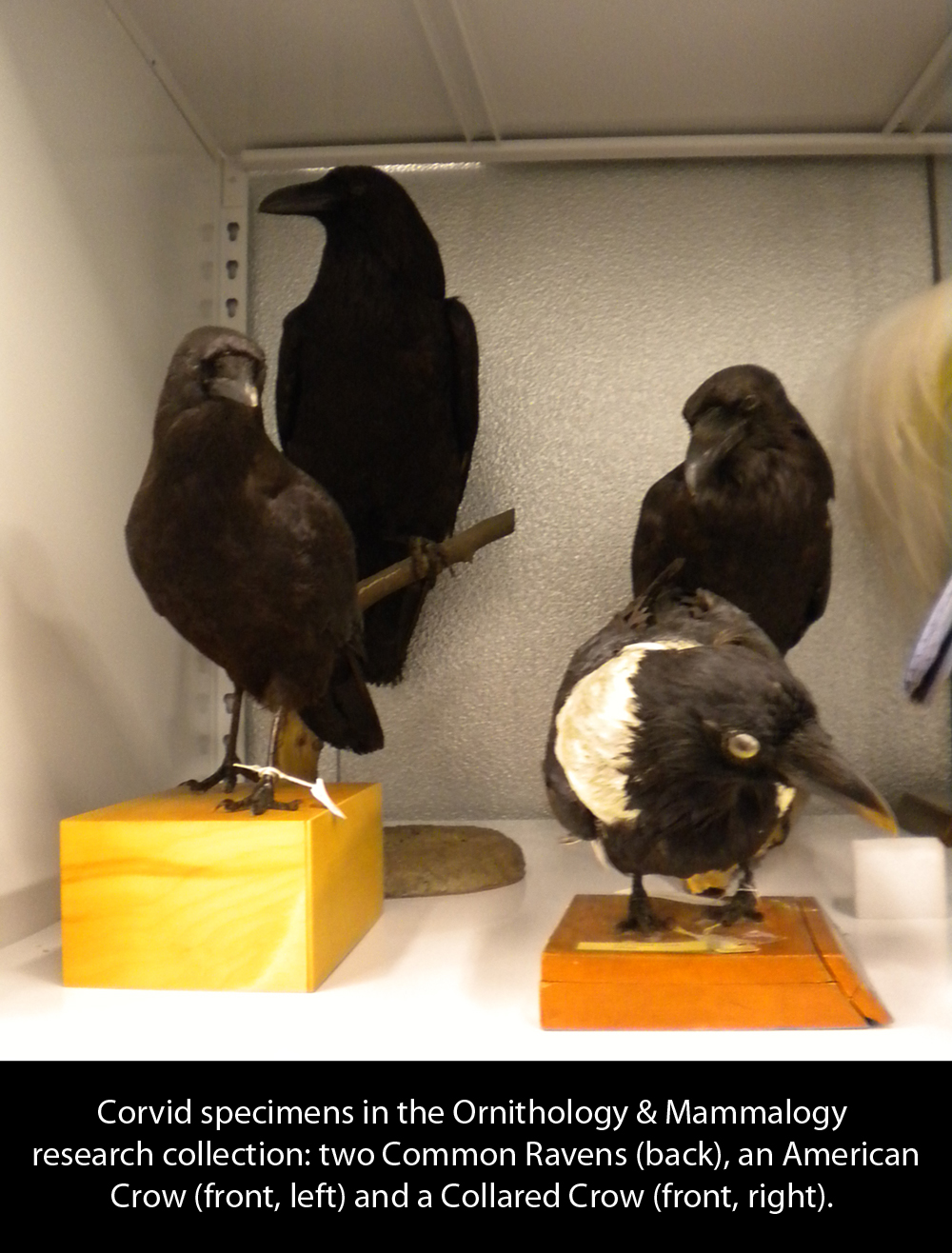 Another member of the Corvid family, American Crows (Corvus brachyrhinchos) have also benefited from their relationships with humans.  Crows have been seen dropping nuts onto the road and waiting for cars to crush the shell leaving the Crow with a healthy snack.  If a car tire misses the nut, Crows were seen re-positioning the nut during the lull between cars.  Pretty smart!

One of the most recognized studies involved Betty, a Caledonian Crow (Corvus moneduloides).  When faced with a vertical tube containing a morsel of food and a piece of wire, Betty was able to bend the straight wire into a hook and fish out the food with the bent end of wire.  Betty was able to do this with no previous presentation of this type of problem to solve.  This was one of the first experiments to demonstrate a bird’s ability to improvise tool making.

Whether scavenging our trash, using our cars as nutcrackers or just plain stealing our chips right out of the beach bag, Corvids have found a place in San Francisco.  Now if only I had a second bag of chips for myself...