In my prior post, I talked about how sea slugs sense their environments using rhinophores (horn-like appendages on their heads). In this post, I will describe how sea slugs get oxygen from their environments. Unlike land slugs, which use lungs to breathe, sea slugs breathe using their gills. Like the rhinophores, the gills of sea slugs come in a variety of shapes, sizes, and colors, and are often used in identification and classification. The gills can be quite beautiful and ornate, giving each slug a unique appearance. The gills are usually located on the backs or the sides of their bodies. However, there are exceptions to this. Sea hares, a group of sea slugs that have rhinophores resembling rabbit ears, have gills found deep within the body cavity. 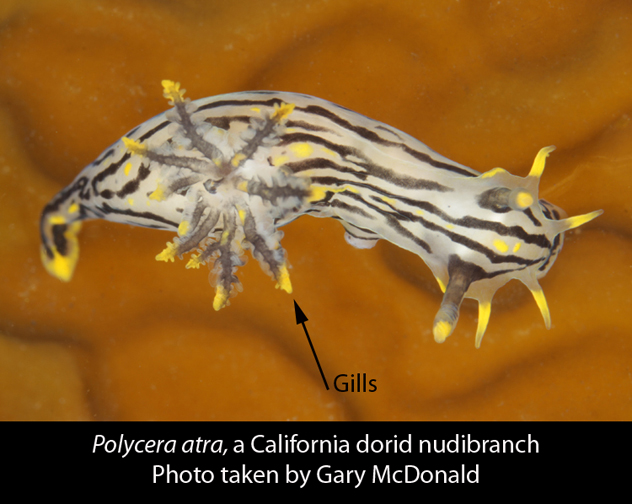 Most dorid nudibranch sea slugs possess a feather-like plume on their backs, which surround their anus. Yes, they breathe in the same region of their bodies in which they poop! Despite this, the gills provide the slugs with enough oxygen from the water for them to survive. Some dorids, in the group cryptobranchia, can pull their gills into a pocket on the surface of their bodies. The name cryptobranchia describes their ability to do this. When touched or threatened, the gills will retract into the body as a form of protection. 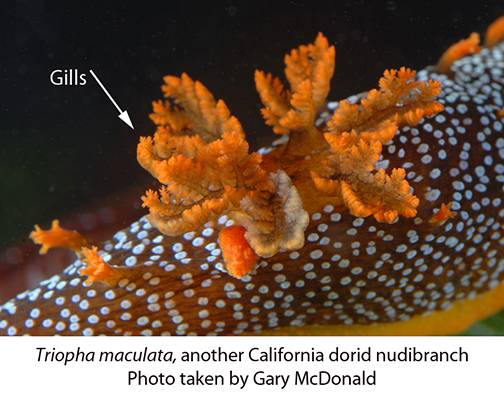 Some slugs lack well-defined gills. Instead, gas is taken in through the tissue of specialized body appendages. These include cerata, which are finger-like appendages that run along the backs of the slugs in distinctive rows. These cerata come in an assortment of shapes, sizes, and colors depending on the species. These appendages are elongate to increase the surface area through which oxygen can be absorbed. The gills of some nudibranchs are tree-like in appearance. Each branch aids in the uptake of oxygen from seawater. 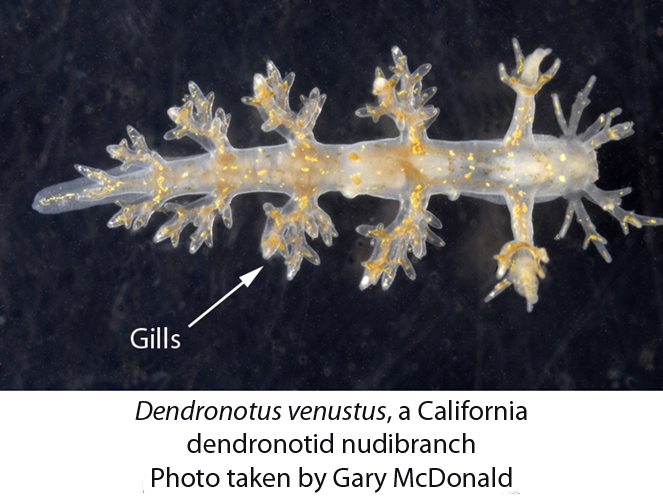 The sapsucking slugs are a group of sea slugs that retain and utilize chloroplasts from their algal food to produce energy. The Lettuce Nudibranch, Elysia crispata, a sapsucking slug, breathes through ruffled extensions of its body. These extensions resemble the edges of kale leaves, hence the name Lettuce Nudibranch. I should point out, that this slug is not a nudibranch, like its common name would suggest. It is a sacoglossan sea slug. Common names can be misleading with regards to classification. This is why scientific names are designated. 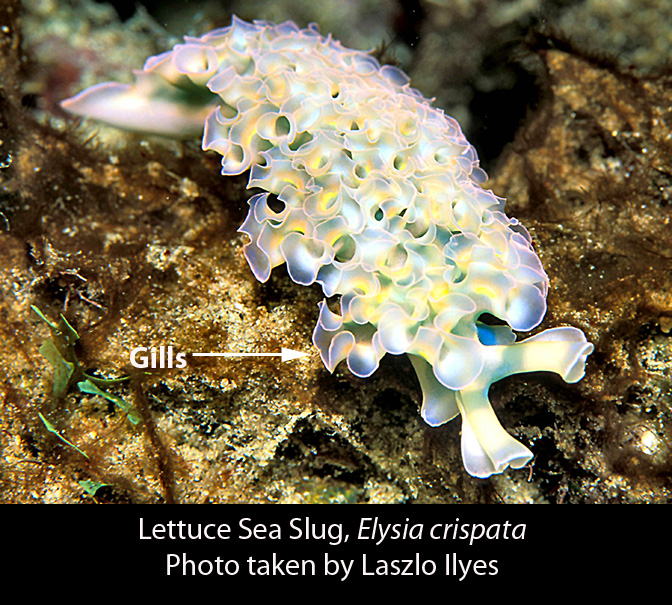 As you can see from the photos, sea slug gills are quite elaborate. As a side note, if you ever want to dress up as a dorid nudibranch, I suggest creating gills by pinning feather-dusters in a plume to your back-end! They look authentic!