This week happens to be the 11th annual Sea Otter Awareness Week (September 22nd to 28th). To celebrate, I figured I’d take a break from writing about marine invertebrates and write about this very charismatic marine mammal.    This week in the Project Lab we have a display of sea otter specimens including some skulls, pelts and study skins, so if you are at the Academy, stop by and check it out!

Growing up, sea otters were one of my favorite animals.  I remember seeing them at the Seattle Aquarium as a kid and thinking they were just adorable.  I mean, who could resist a face like this?? 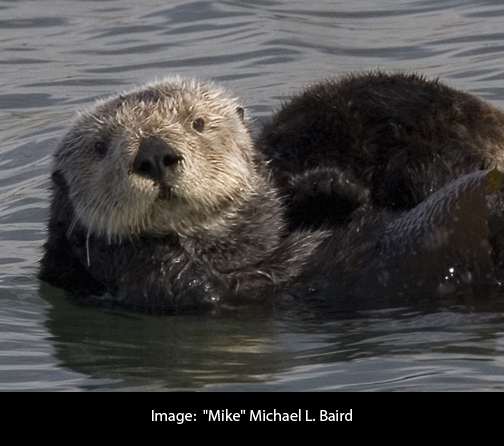 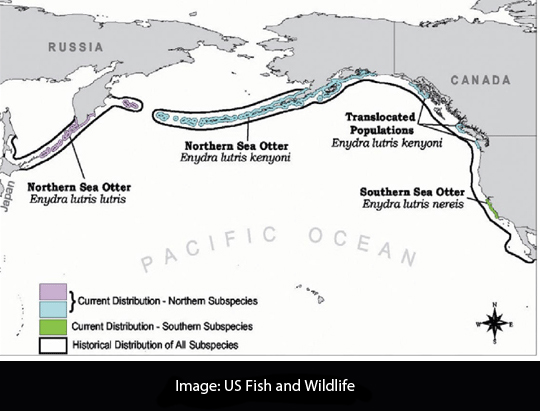 Sea otters live in marine habitats and can be found in protected bays, tidal estuaries and outer coasts, usually associated with kelp beds.  They range from 1-1.5m (3ft 3in- 5ft) long with the males larger than the females.  Unlike seals, sea lions, and whales, these marine mammals don’t depend on blubber to keep them warm.  Instead, sea otters rely on their thick fur that has up to one million hairs per square inch— the densest fur of any animal!    As a comparison, humans have a density of roughly 1000 hairs per square inch on their heads. 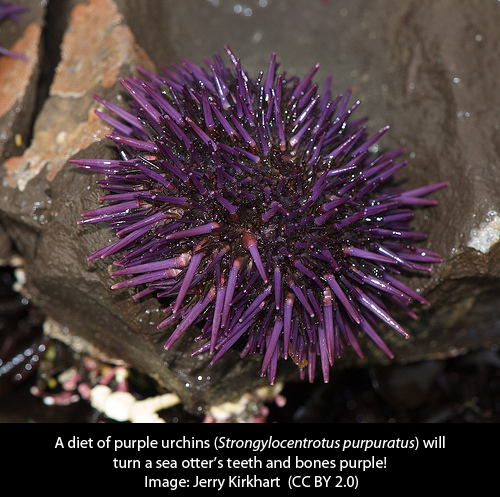 As you can imagine, sea otters are big fans of seafood.  They eat over 100 different prey items including a variety of marine invertebrates (turns out I’m writing about them after all!), such as sea urchins, clams, mussels, abalone and crustaceans.  In order to harvest and prepare their meals, they use tools such as stones to pry food off of rocks or to open up shells.  Interestingly, sea otters that specialize on purple sea urchins will have purple teeth and bones.  If you look closely at one of our specimens on display, you can actually see the purple coloration! 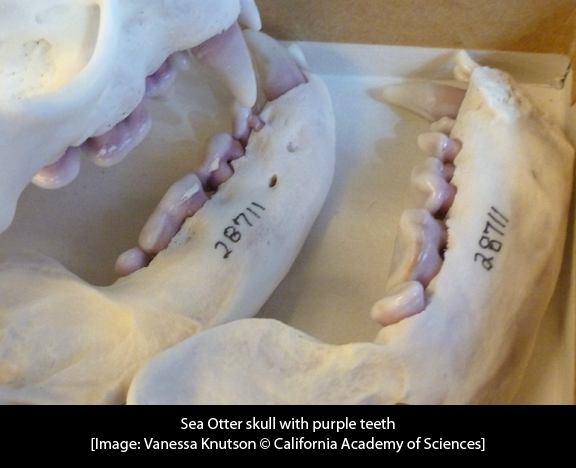 Sea otters are important members of kelp forest ecosystems.   Kelp provides a habitat and nutrients to many organisms, and sea otters play an important role keeping kelp healthy by feeding on kelp predators.   Sea otters are often referred to as a "keystone species" because if they are absent, this can have huge effects on these ecosystems, including too many kelp predators and a loss of kelp and kelp forests.

Beginning in the late 1700s, Southern sea otters were harvested commercially, reducing the population in California from about 16,000 animals to the verge of extinction.    All of the current California sea otters are descendants of a small colony of 50 animals from the Big Sur Coast in the 1930’s.  Today, the Southern sea otter is listed as Threatened under the U.S. Endangered Species Act and protected by the California Department of Fish and Game.  The biggest threats faced by sea otters today include oil spills and diseases.  Oil can interfere with the ability of the fur to keep these animals warm.  It can also cause harm through ingestion or fumes.  Diseases are another threat to sea otters and can be strongly influenced by human activities on land.  For example, sea otters are susceptible to a parasite (Toxoplasma gondii) that breeds in cats.  This parasite can enter waterways when cat litter is disposed of improperly by flushing down the toilet.

If you are interested in helping sea otters, you can help by:

Here at the Academy, we have the world’s largest collection of Southern sea otter research specimens, which are used by researchers to study these charismatic and important animals.   For the duration of Sea Otter Awareness week, you can see some of these specimens on display at the Project Lab.  Also, as a special treat, you can view sea otter skulls being prepared in the Project Lab and talk to biologists at a special sea otter table during NightLife on September 26 between 6:00-10:00 pm (for ages 21 and over).

That's all for now!