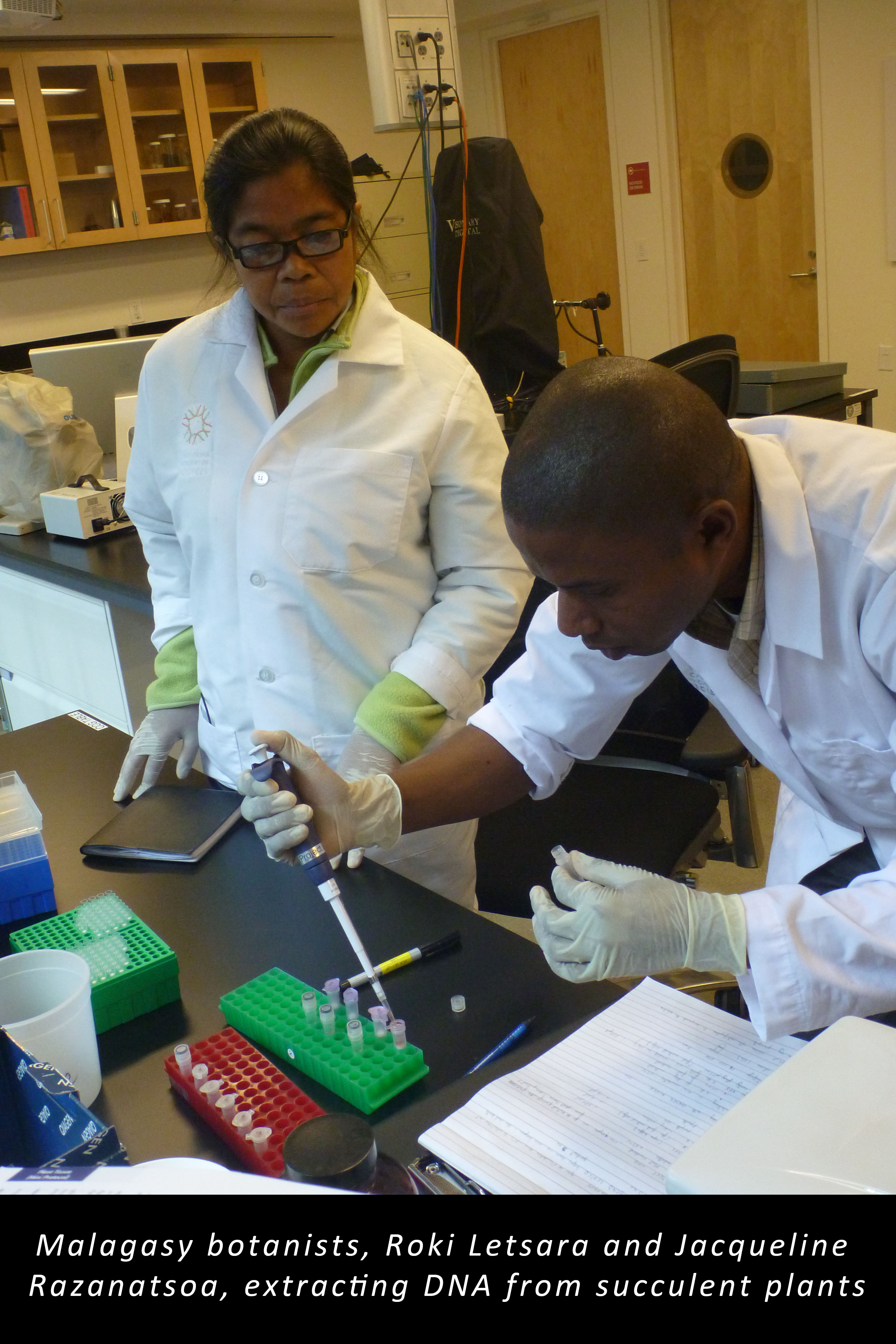 The Project Lab was recently visited by two botanists from Madagascar: Rokiman (Roki) Letsara, the Botanical Coordinator at the Madagascar Biodiversity Center; and Jacqueline Razanatsoa, a botanist at the National Herbarium of the Parc Botanique et Zoologique de Tsimbazaza. Roki and Jacqueline are currently here at the Academy working with curator Dr. Frank Almeda, who leads the Academy’s botany research at the Madagascar Biodiversity Center in Antananarivo, Madagascar.

Madagascar, the fourth largest island on Earth, is among one of the world’s biodiversity hotspots where the California Academy of Sciences is actively doing research. Not only is Madagascar’s wildlife incredibly diverse, but over 80% of its species are endemic to the island (i.e. they are found nowhere else on Earth). This remarkable level of endemism is a result of the island’s 88 million years of isolation, which has led to the evolution of a unique diversity of plants and animals. However, today, Madagascar’s ecosystems are experiencing habitat destruction, which threatens undo these millions of years of evolution in, relatively speaking, the blink of an eye. Recognizing the urgent conservation needs in Madagascar, the Academy established the Madagascar Biodiversity Center in the nation’s capital, Antananarivo, in 2007. The MBC provides research and training facilities for Malagasy and international scientists to study the biodiversity of the island and to apply this information to conservation planning. 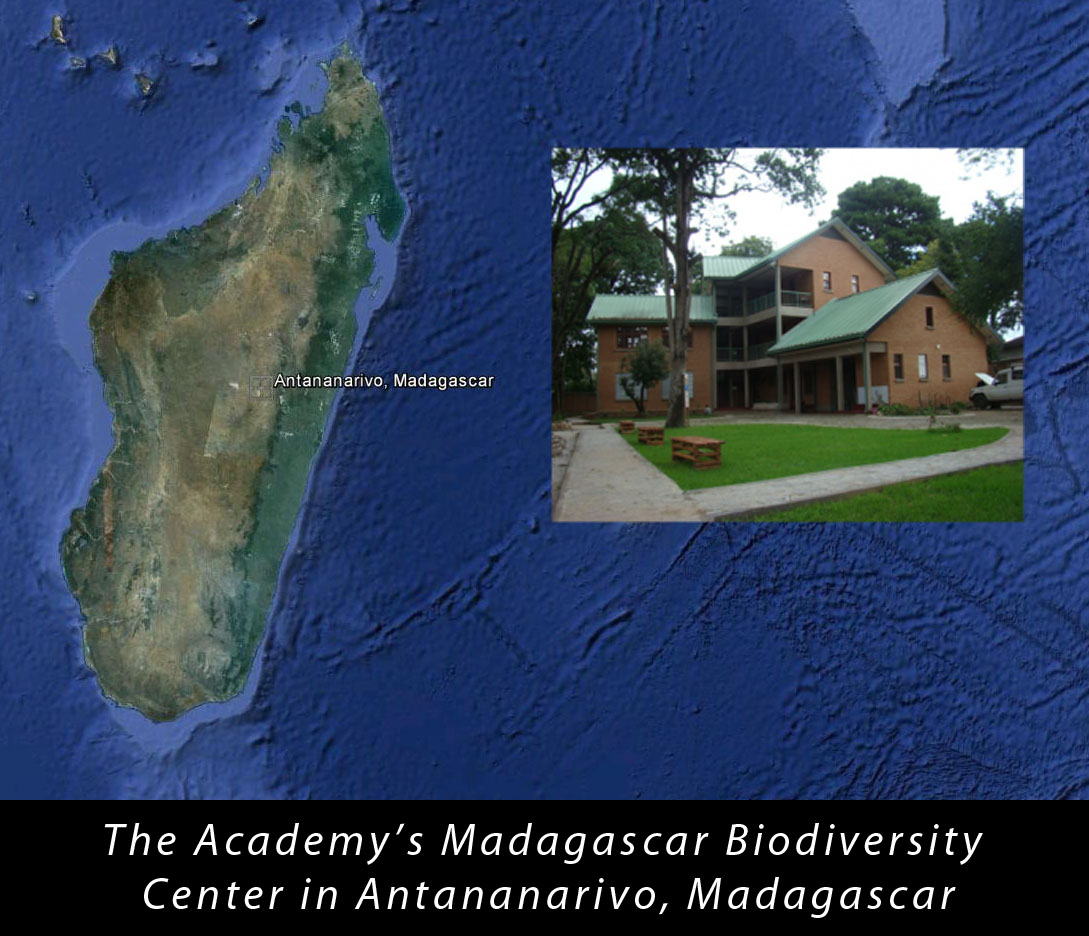 Roki and Jacqueline have come to CAS to share their knowledge of Malagasy flora as well as to progress in their research and training. They are helping to identify and describe some of the Malagasy specimens that are now in the Academy’s herbarium (plant specimen collection). These specimens include species belonging to the families Melastomataceae and Acanthaceae, and the genera Kalanchoe and Aloe.

To help better describe some of these plant species, Roki and Jacqueline are learning how to use their genetic information in order to compare them with other previously described species. In the Project Lab, Roki and Jacqueline are being trained in plant DNA extraction with the help from Dr. Gilberto Ocampo, a post-doctoral fellow in the Botany department. With their plant tissue samples, they go through a series of steps, which involve pipetting chemical buffers, spinning and vortexing tubes and transferring solutions – a much more complex process than the strawberry DNA extractions that you might have seen in the Project Lab’s “Sweet Side of DNA” demonstration. The plant DNA extracted by Roki and Jacqueline will then be analyzed using the lab and computing facilities in the Academy’s Center for Comparative Genomics. 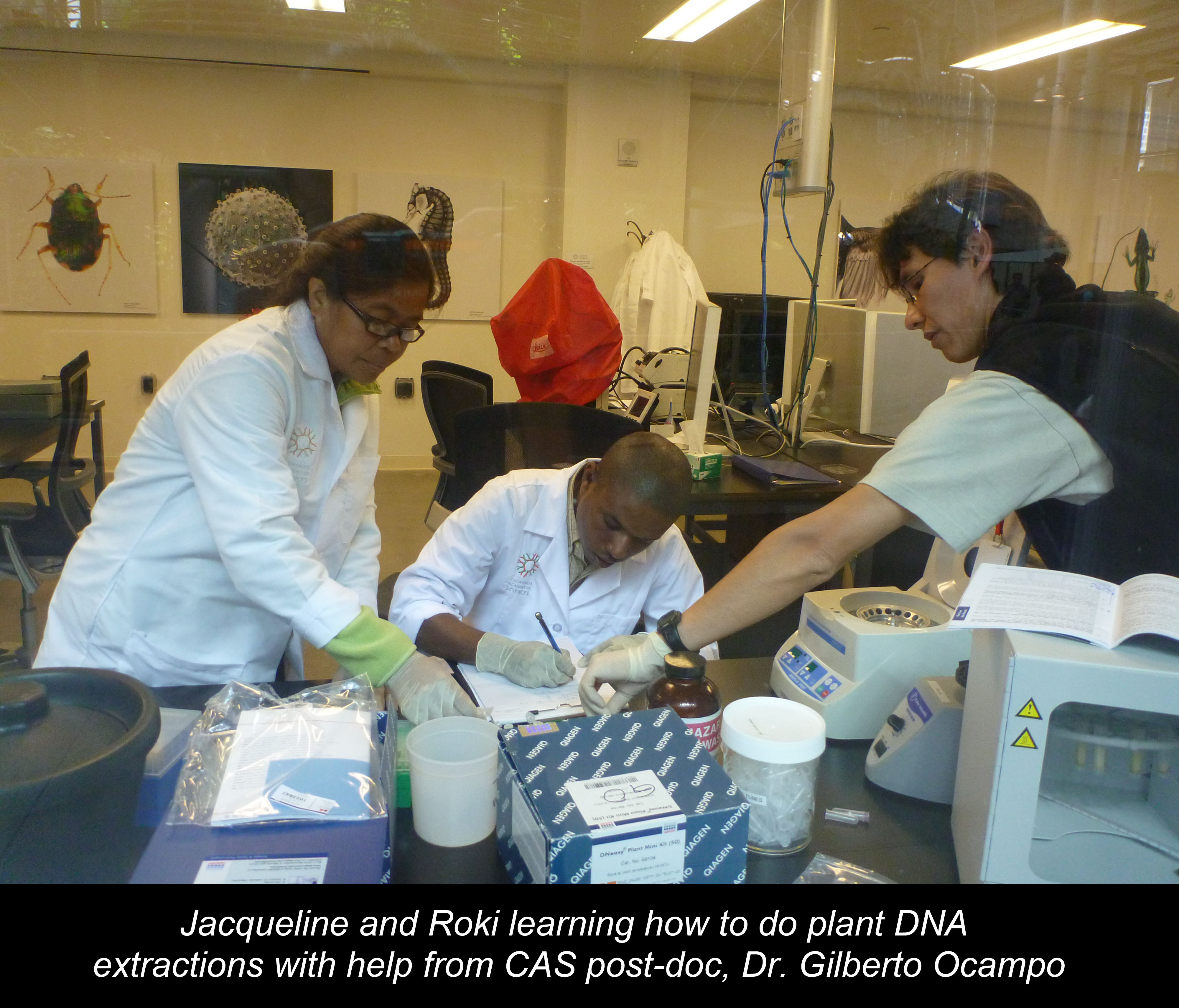 This close collaboration between CAS and Malagasy scientists, like Roki and Jacqueline, is crucial for the exchange of knowledge and experience, and together, we will be able to better understand the unique diversity of Madagascar and advance conservation efforts to protect the island’s critical habitats.