In collaboration with the new Earthquake exhibit, the Project Lab has been shaking things up a bit as well by working on some pretty special specimens!

This past week during Nightlife volunteers Kari Olila and Rosalind Henning flensed some Ostrich (Struthio camelus) leg bones for the Exhibits department.  These huge bones help Ostriches stand about 6-9 feet tall and run over 40 miles per hour.  Aside from looking a bit different from the typical bird we see around the city, Ostriches have some distinctly different features from their other avian relatives. 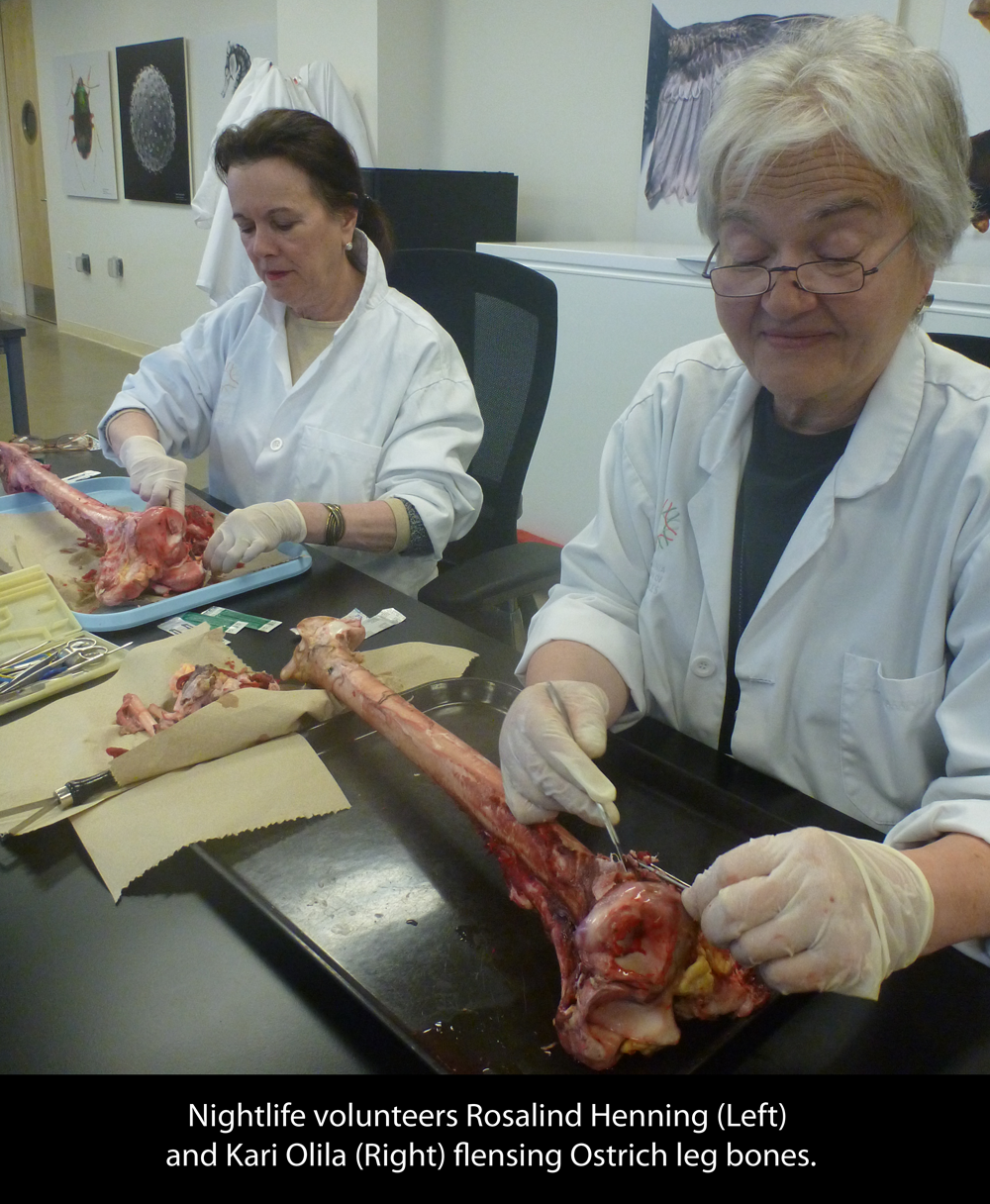 Most birds have bones that have been adapted to their lifestyle in the air.  Their structure is hollow with an internal pattern of supportive struts making their skeleton much lighter than animals of similar size.  If you cut a slice out of a bird’s bone it would looks a bit like a sponge. Since Ostriches do not fly, many of their bones are like our own-solid bone encasing a tube of marrow.  With such heavy legs it would be extremely difficult for an Ostrich to ever take flight, but instead they have bones that can withstand pressure from walking and standing.  We see solid bones in other flightless birds like the Emu and even some penguins.

A second adaptation of flightless birds is their lack of keel.  A keel is the bird’s breastbone with a single process running the length of the ventral side.  This keel provides structural support for the muscle attachment of the breast muscle.  Unlike the relatively thin layer of muscle we humans have on our chest, birds have large chest muscles to flap their wings and provide flight.  Because the Ostrich and other flightless birds have no need to take to the wing, their breastbone is relatively flat in comparison to other birds. 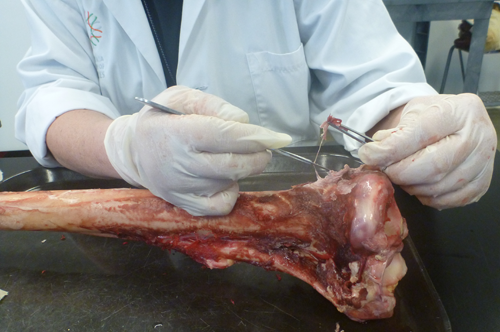 Now that Kari and Rosalind have prepared the Ostrich bones, the next step is to mascerate the bones, which means submerging the bones in warm water until the remaining muscle and tissue releases from the bone. Next an ammonia bath will help to leach out any grease leaving the bones dry and clean.  Preparing skeletons for museum collections and exhibits can be extremely helpful to researchers.  Although these specific Ostrich bones will be used for public educational purposes, the Ornithology and Mammalogy research collection is a library of skeletons and study skins that use this exact process to preserve avian and mammal life history.  Using our collection to look at skeletal differences between birds that have flight and those that do not can help trace the ancestry of different types of birds.  Form follows function for most of our bones, and researchers can extrapolate upon this information, gaining insight into the lifestyles of different species.