Not quite the deadliest catch 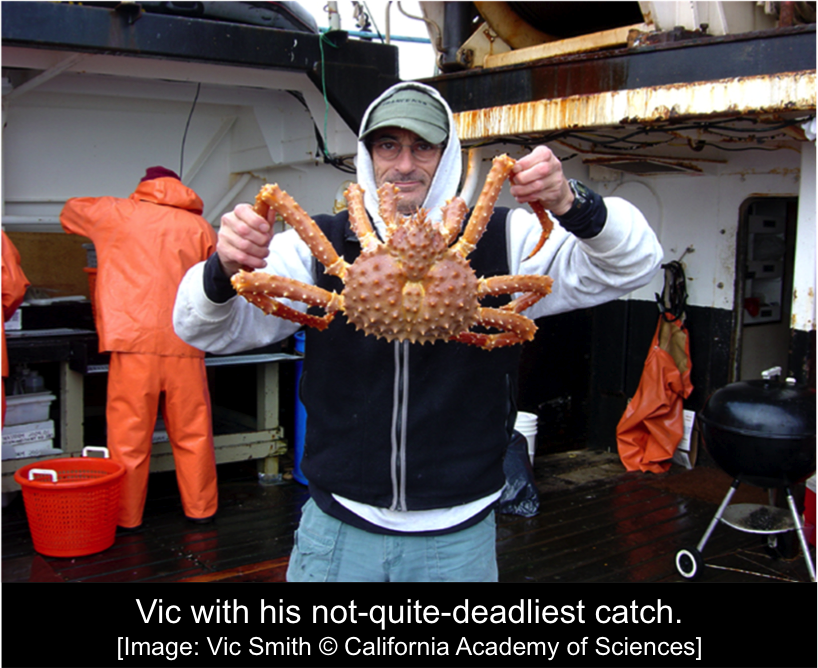 The beginning of the fall season always seems to make me want to reflect on the past, and this fall I asked myself the question: “What was I doing ten years ago”?  In 2004 I was a Curatorial Assistant in the department of Invertebrate Zoology here at the Academy. The department at the time had a contract with NOAA (the National Oceanic and Atmospheric Administration), which is part of the Department of Commerce.  Every year, NOAA does a ground fish survey in and around the Aleutian Islands and Bering Sea areas of Alaska (ground fish are those that live near the bottom, like cod, halibut and rockfish). The primary purposes of these surveys are to determine population trends of various fish species, discover breeding grounds which need protection, and gather data to sustainably manage fisheries.  Over the years this program has had many successes in protecting and restoring over- fished populations.

To perform these surveys, NOAA leases fishing boats and crews to do the collecting, and sends teams of scientists along to record data about the fish and invertebrates collected. That year, I was picked as the Cal Academy representative to assist with the collecting, identifying, and vouchering of invertebrate specimens collected on the cruise.  That year, the vessel I was on was the 110 foot FV Seastorm, a trawler-crabber of the type you might have seen on the TV show ‘Deadliest Catch”. 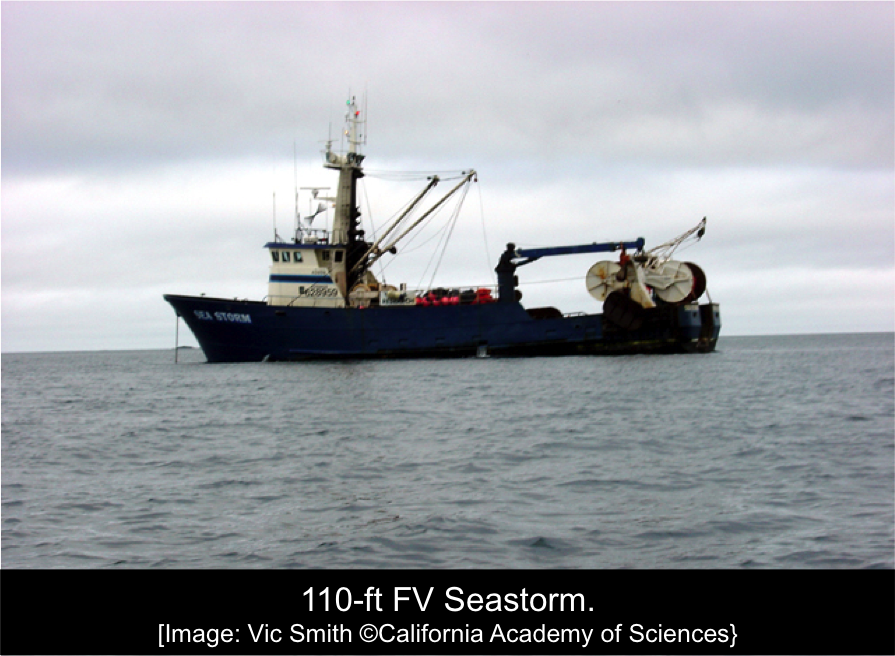 A study area is selected in advance and broken up into smaller search areas. A smaller area is randomly selected, and if the captain approves of the safety and practicality of the choice, several hauls are made before moving on to the next location. The drums at the rear of the boat contain nets on long lines that are deployed and carried along just above the floor of the ocean, weighted down by 2 large steel plates called trawl doors, that cause the net to drag along just above or on the bottom (one of the trawl doors is visible on the left rear of the boat in the picture above. This is known as an ‘otter trawl’. The volume of the net is known, and the time and distance travelled for each haul is also recorded to allow for volumetric measurements of the haul.  Attached to each net is a small basket (the snail bag) which drags along the floor and collects many of the invertebrates. Our ship had a captain and a crew of 5 seasoned experienced fishermen, plus a compliment of 6 scientists. The crew enjoyed this type of work as a relief from their usual grueling fishing and crabbing seasons, in which their pay depends on the size of the catch. On these cruises they get paid the same, no matter how big the haul.  It was still hard and somewhat dangerous work, and when we were onsite we would often do hauls from first light in the morning until way into the evening (long daylight hours this far north). 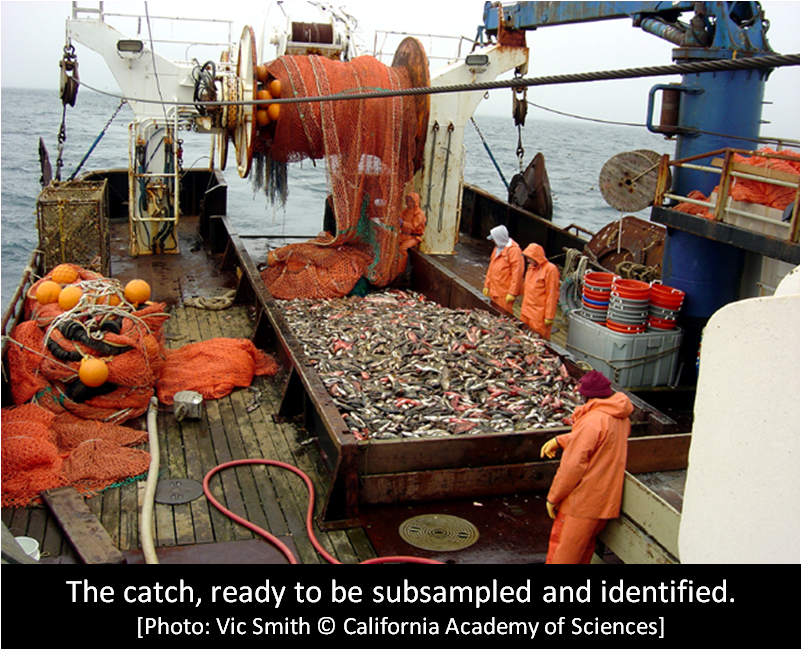 The catch is dumped out onto the trawl deck, where it is sub-sampled and all the fish species identified. Representative sub-samples are sexed and measured, and tissue samples may be taken. After the fish are dealt with, it is on to sorting and identifying the invertebrates. 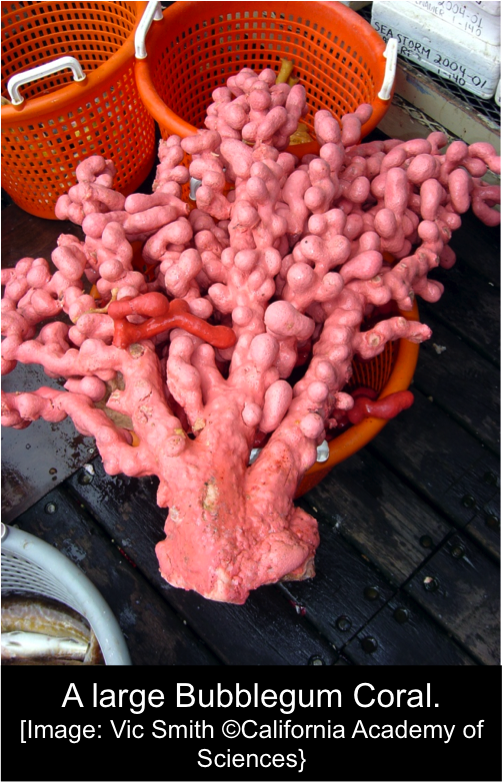 Aside from the food on board (which was by and large fantastic!), a highlight of the trip was a visit to the Coastguard LORAN station on Attu Island, the westernmost point of US land, and the site of the only battle fought during WWII on an incorporated territory of the USA.  You could pretty much actually ‘see Russia’ from there. That’s me on the left in the photo above. 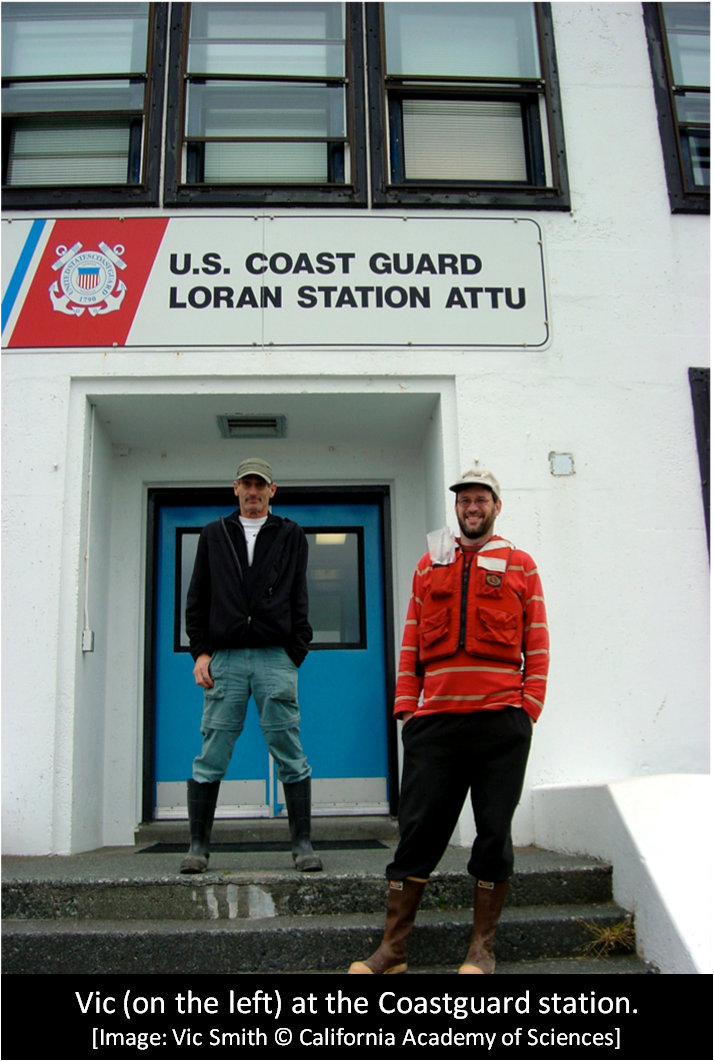 Soon the cruise was over and it was back to San Francisco with several barrels of specimens. In 2005 I was able to go on a similar cruise, and in 2007 I had the privilege of going to Antarctica as well, perhaps the subjects of future blogs.

Until then,
Vic Smith Imaging Specialist