Lions and tigers and SPIDERS! Oh my! 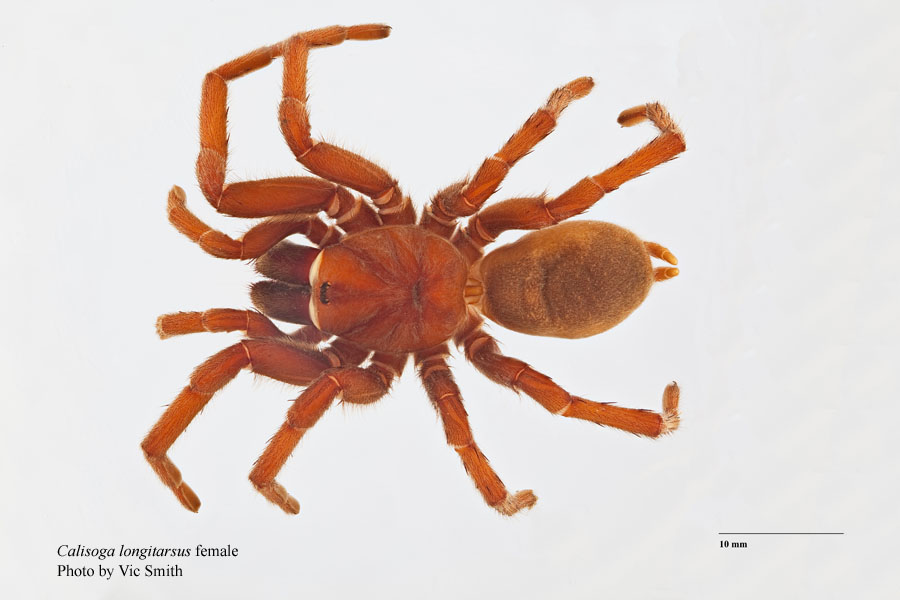 Last week, my imaging work in the Project Lab involved taking pictures of two distinctive California spiders, the aggressive false tarantula (Calisoga longitarsus) and the California turret spider (Atypoides riversi). Both of these species belong to the mygalomorph spiders (fangs work in a parallel position), a group which includes the familiar tarantulas. They are both ground dwelling hunting spiders which do not use webs for prey capture.

The Calisoga spider is found in Central and Northern California oak and coniferous woodlands to about 2300 feet, and is often seen in urban areas, often in swimming pool filters. Spiders live in burrows or crevices that are partially lined with silk, where they wait for passing prey of small to medium arthropods. “I can’t believe it’s not a tarantula!” is the common comment of people who observe this hairy spider, which can be brown to silvery in color. Males are usually easier to find, as they are ‘vagrant’, particularly during mating season. Despite their aggressive behavior, they are not dangerous to humans, though they will bite if harassed. The males have special spines on their lags that act as claspers during mating. Males generally die soon after mating, females can live several years. 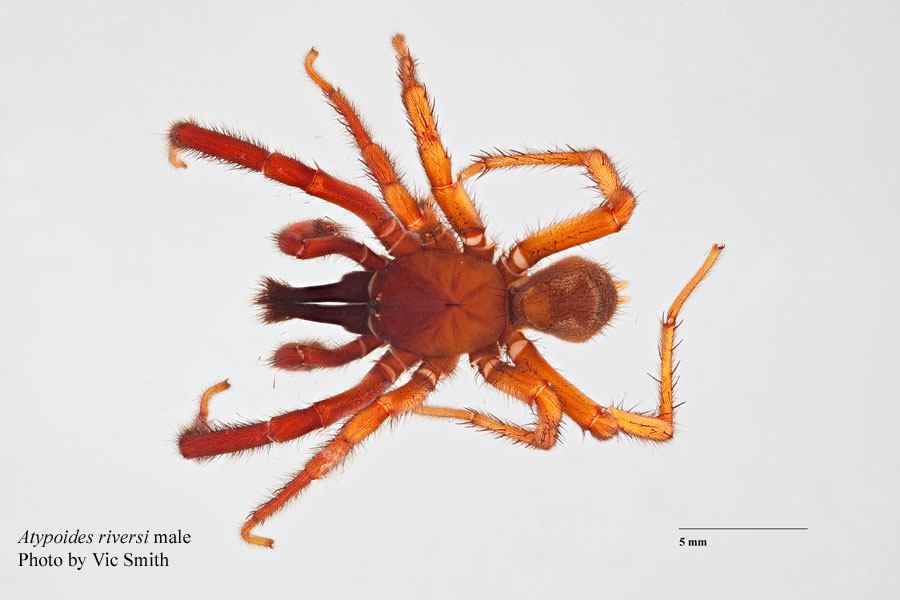 The California Turret Spider is another large spider that builds burrows in the ground with silk linings, and a built-up turret of silk and debris that blends into the background when closed. When hunting at night, the spider opens the turret and lies in wait for passing prey, which it senses by vibrations. Males are often observed wandering at night during the rainy and mating season, and can be observed looking for females if one walks around on forested paths at night with a flashlight. As with most other California spiders, their bite is not considered dangerous to humans. Look for the distinctly elongated pedipalps of the male, mouthparts adapted for reproductive purposes.  These spiders can have a considerable life span in the wild (up to 16 years)

Until next time,
Vic Smith

The Natural History of the California Turret Spider, L. Vincent, The Journal of Arachnology , 1993