Laysan Albatross at the Academy! 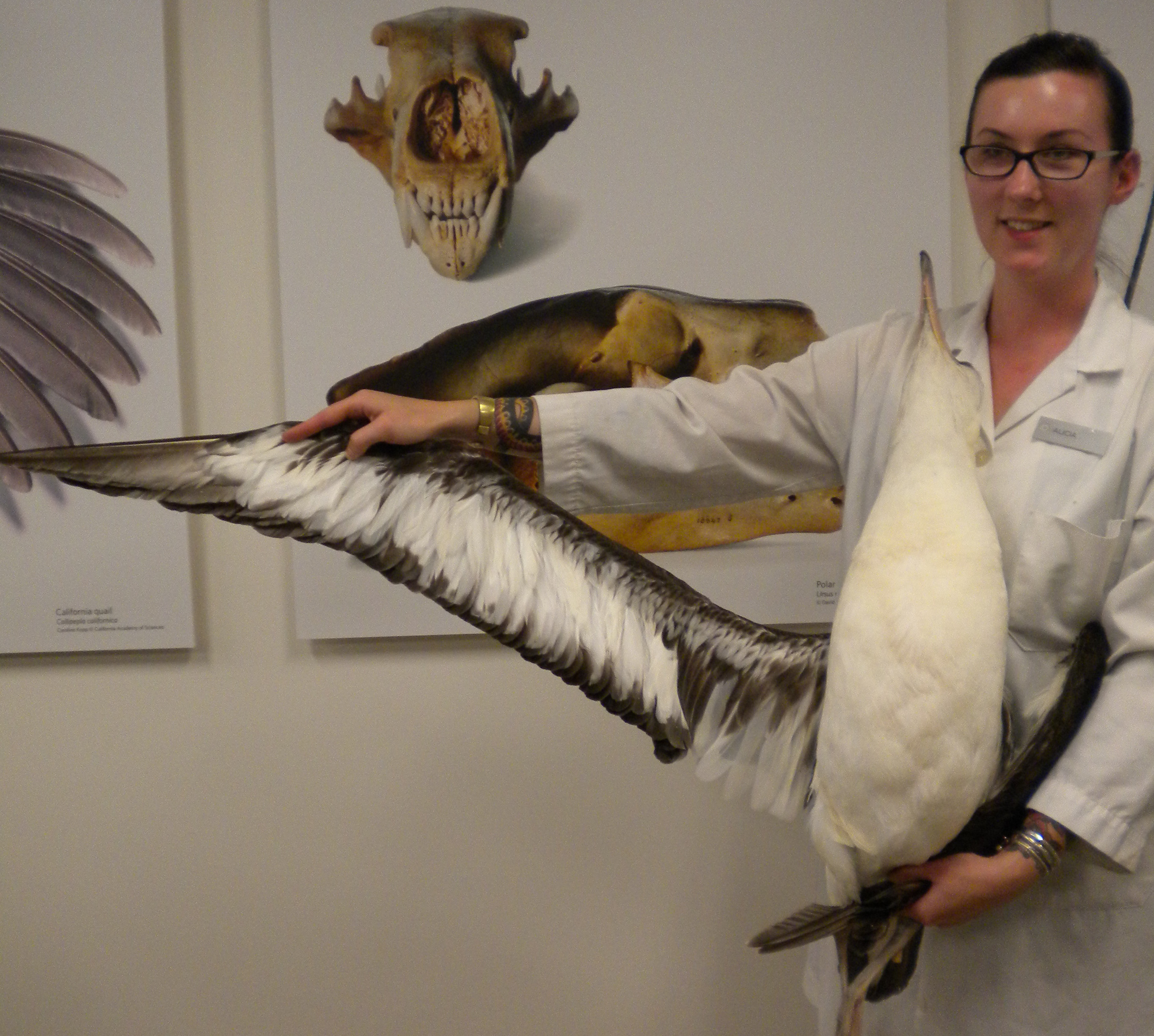 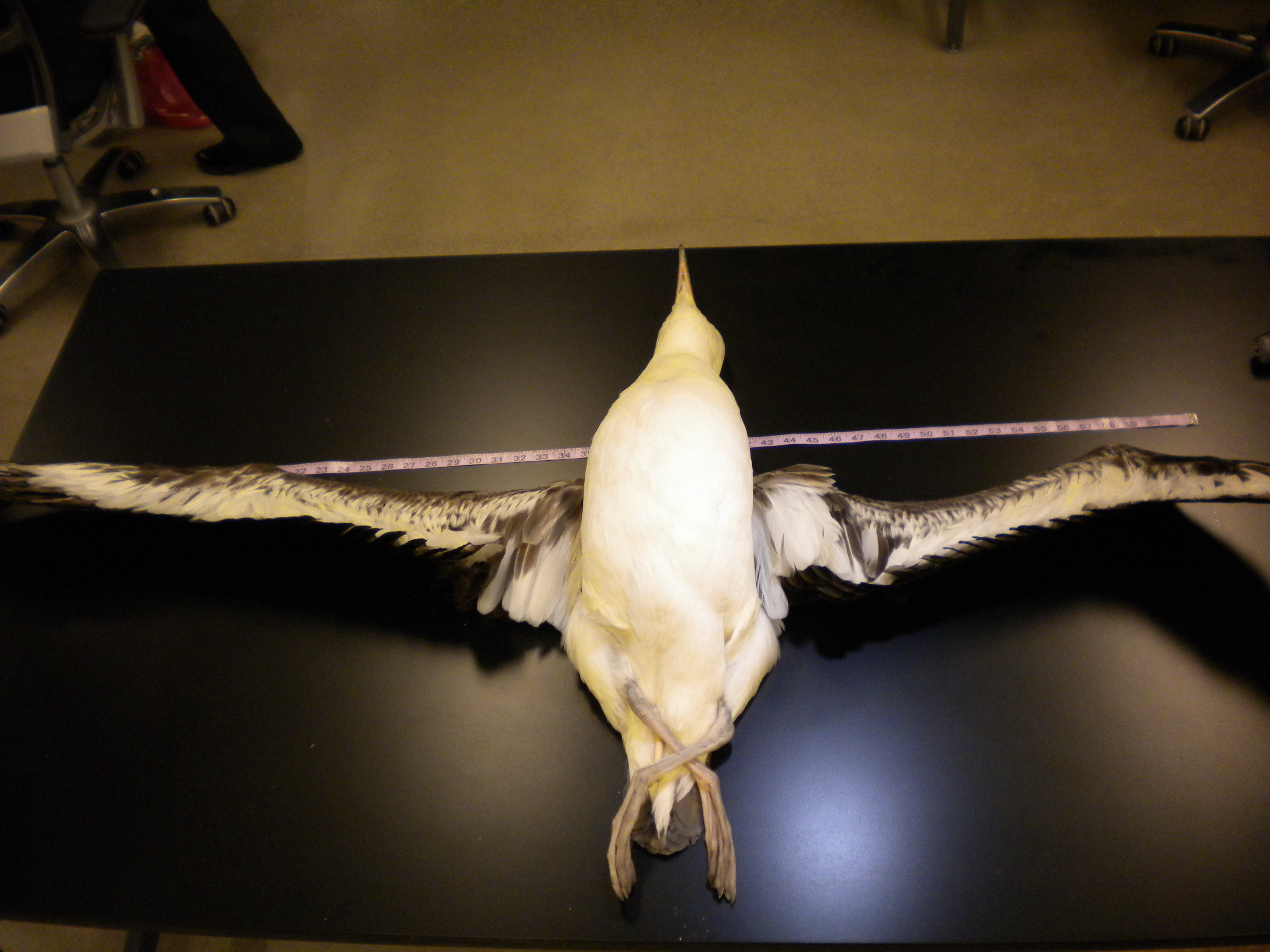 Recently the Academy of Sciences Ornithology and Mammalogy (O & M) department received over a dozen Laysan Albatross from the California Department of Fish and Game that were killed as by-catch of long-line fishing. This method of fishing sets out a single line with bait attached at points along the entire length, and is sunk a few meters underwater to lure large fish. Bait used by long-line fishing draws other creatures vying for a tasty morsel, and birds can be pulled under the water and drowned when they take the bait. While by-catch is always unfortunate, Academy staff and volunteers for O & M can still use the carcasses of these magnificent creatures to prepare study skins and skeletons that will be held in the research collection for future studies.

Albatross are some of the most majestic of fliers within the bird world. While not known for their gracious take-offs, once on the wing Albatross can glide for miles on the open ocean without needing to flap their wings. On average, Albatross have a wingspan of over 6 feet, helping the bird stay aloft longer and more efficiently. This means Albatross can travel longer distances using less energy, maximizing their search for food. Air currents from the ocean will carry these navigators vast distances in search of their preferred cuisine: squid, fish and small crustaceans.

Currently the International Union for Conservation of Nature (IUCN) recognizes 21 separate Albatross species, although the field of systematics is a dynamic one with species counts changing as new discoveries are made. Most of the Albatross species are also considered threatened due to a long history of interactions with humans. By-catch on long-line fishing, lead poisoning, accidental ingestion of non-digestible plastics, and introduced species on breeding grounds are several of the problems faced by Albatross today.

The Laysan Albatross (Phoebastria immutabilis) is found mainly in the northern Pacific but heads south to breed in the Central Pacific's Hawaiian Archipelago. Aptly named for its main breeding ground on Laysan Island, hundreds of thousands of Laysan Albatross descend upon the archipelago for a cacophonous, crowded nesting season. Once bonded through an elaborate dance ritual that showcases bill-clacking, preening and calling, Laysan Albatross will lay one egg each breeding season. Because Laysan Albatross begin breeding when they are about 5 years old and only lay a single egg each season, mortality rates can affect their population immensely. Although fishers have made efforts to decrease the amount of by-catch, the problem persists.

As a study skin in the research collection, these Laysan Albatross can aid researchers in suggesting conservation guidelines for state and federal agencies.

Stop by the Project Lab to check out some of the prepared Laysan Albatross on display!