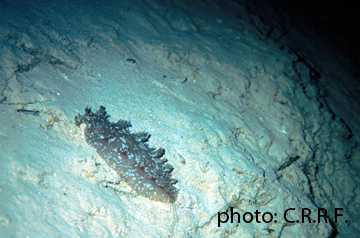 Is this a fantasy, or could it be true? This bogus headline describes a real event that took place in 2005, when Lori Bell and Pat Colin of the Coral Reef Research Foundation were diving off of Palau in the Caroline Islands using the Deep Worker Submarine. While working at depths between five hundred seventy and six hundred seventy feet they encountered and collected 2 specimens of an apparently unknown species of nudibranch. 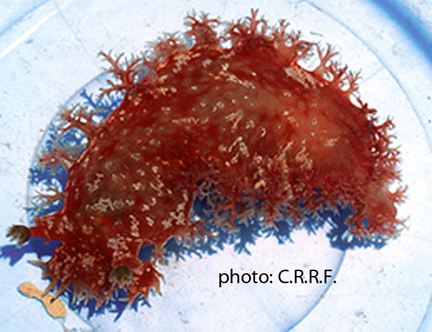 Those of you who have been following our Project Lab blog have already been exposed to the wonderful world of nudibranchs. For those who haven’t, nudibranchs are marine slugs that have fascinated divers, tide-poolers and researchers alike with their often fantastic and beautiful appearance and their interesting behaviors.

While the majority of nudibranchs are relatively small, (less than an inch to a couple of inches), this bright-red monster was over four inches long, and sported a veritable forest of branched tentacles (branchial plumes) used to increase surface area for ‘breathing’. Nudibranchs have been collected by divers to a depth of about two hundred fifty feet, and at far greater depths by dredging from boats, but a collection from this depth was very unusual.

The collectors sent the specimens back to California Academy of Sciences to “Nudibranch Central,” the lab of Dr. Terry Gosliner for identification. At that time, I was a Masters student in Terry’s lab, working on the nudibranch family Tritoniidae, of which this beast appeared to be a member. We knew right away that this was a new species, and set about describing it. 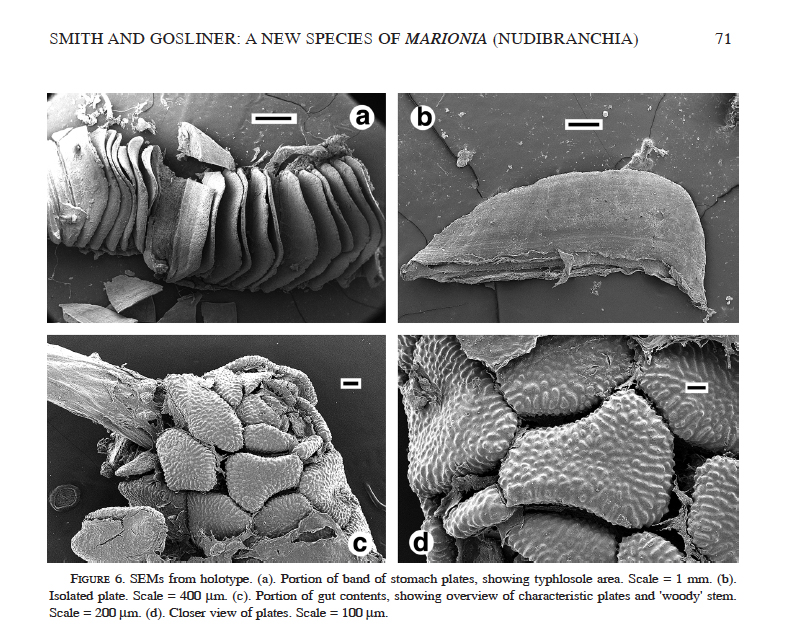 Marionia bathycarolinensis (Smith and Gosliner) was described in 2005 in the Proceedings of the California Academy of Sciences. Very little is known about the life of this animal, but we were able to determine what it was eating by examining stomach contents. With the help of Dr. Gary Williams (Octocoral Research Center at the Academy) we identified an octocoral of the genus Paracis as the sole stomach contents. This was the first record of an association between a nudibranch and this genus of coral. Tritoniid nudibranchs use an oral veil with tentacles to sense their prey, and jaws to grab and bite the coral polyps while the rasp-like radula scrapes away and pulls in tissue. The corals have calcified plates or spicules that must present a problem to digestion, but this family of nudibranchs has a series of hard plates in its muscular stomach (see a. and b. in the photo above) that help grind up the coral skeleton. 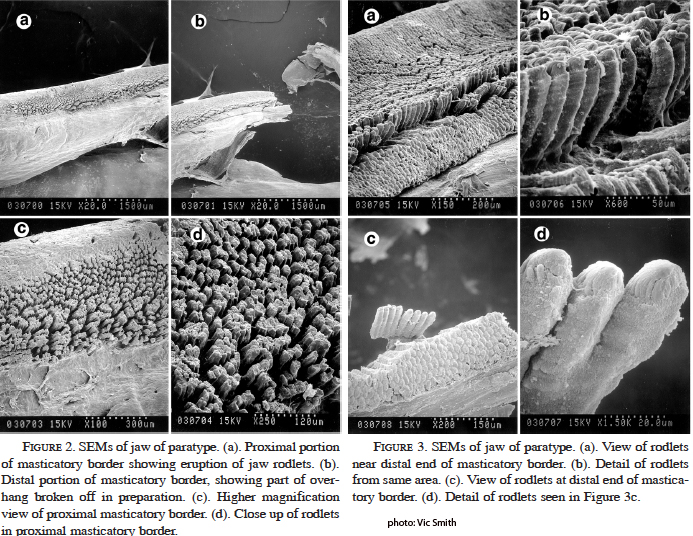 The jaws of this nudibranch were unusual in having a set of rodlets (see photo above) instead of teeth on their chewing edge, and other anatomical features helped differentiate this animal from all others in its family. As far as I know, it hasn’t been observed or collected since.