While the phyllidiids are the most common nudibranchs here, there are several other species that we encounter regularly.  But first, a little background…  For a review on the very basics of sea slugs and nudibranchs check out this older post.

Generally, nudibranchs are subdivided into 4 groups:

4. the aeolids- these animals have a branched digestive system that passes through appendages on their backs called cerata.  The cerata also function as gills, and in many species they store stinging cells from the aeolid’s prey (such as corals, anemones and hydroids) that can be used for their own defense against prededators.

Here are some photos of three of the most common aeolids we’ve seen in Madang: 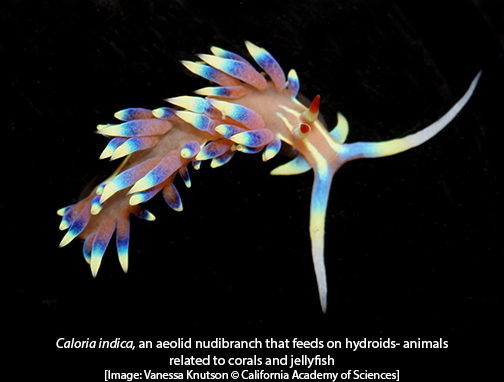 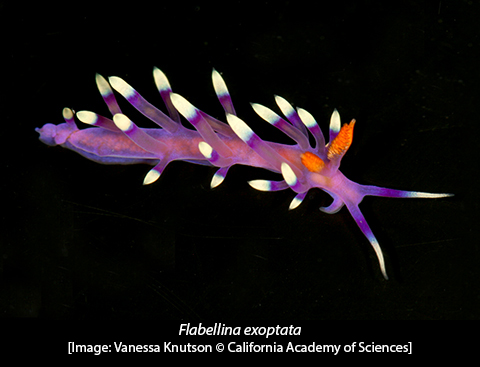 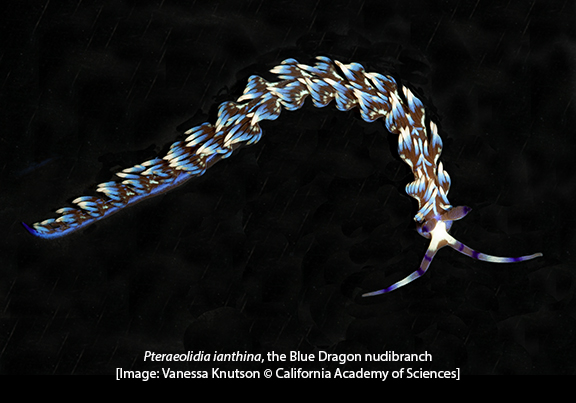 I've probably seen hundreds of these Pteraeolidia ianthina so far here in Madang.  This nudibranch deserves a special mention because it is a partially solar-powered slug!  This aeolid feeds on hydroids (animals with stinging cells related to corals, jellyfish, and sea anemones) from which it acquires symbiotic algae called zooxanthellae.  These symbiotic algae live in the tissues of the nudibranch and provide it with food produced through photosynthesis (the process that plants use to make their own food from sunlight).  You can’t get much greener than that!