Lots of news this time. First, graduate students of the University of California, Santa Cruz and California State University, Monterey Bay teamed up to do a most excellent on-line presentation of our work in the Gulf of Guinea Islands, called Documenting Eden; it includes a slide show and can be found here: http://sciencenotes.ucsc.edu/2011/pages/eden/eden.html
On the biodiversity education front led by Velma Schnoll, we are working on several projects including a coloring book of endemic species, a lesson plan to support our poster project of GG V and possibly an animated cartoon featuring the fabulous yellow caecilian, cobra bobo, as “spokescreature” for the unique species on the  islands.
Some great news is that the Academy has hired three new Curators in Microbiology, Herpetology and Ichthyology. 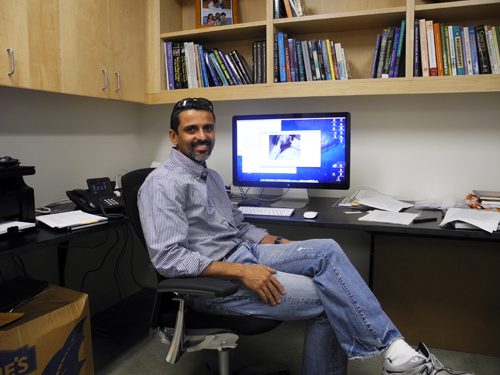 Dr. Rocha (above) is a marine ichthyologist and brilliant underwater photographer who has already worked in São Tomé and Príncipe. He was a member of a National Geographic-sponsored marine expedition in 2006 which occurred shortly after our CAS GG II expedition concluded.  The results were published in the journal Zootaxa a year later and included many of the fishes already collected on our first two expeditions by Dr. Tomio Iwamoto and others of us.

I walked into Luiz’ lab a couple of weeks ago just to talk, and found he was just finishing up the description of a new species of parrotfish from Säo Tomé, based on three specimens we collected  on earlier CAS expeditions! 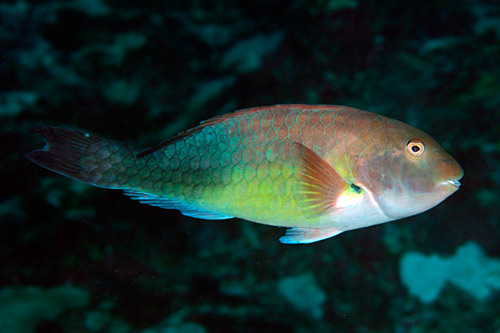 The holotype specimen (the single “name bearer”) was collected by Dr. Tomio Iwamoto in 2006 (GG II) by hook and line from Ned Seligman’s pier on Praia Francesa.   Readers of this blog will remember that Ned is the head of an island NGO called STeP UP through which we have worked since the beginning in 2000; he is also a life-long friend of mine. 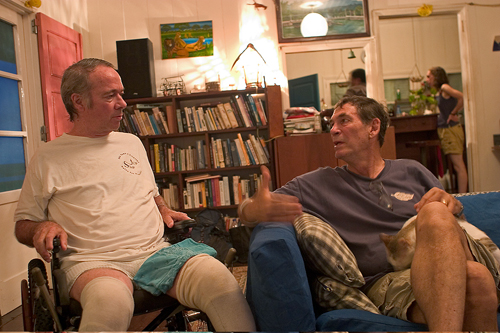 The additional specimens (paratypes) include another collected directly from a beach seine by Tomio and I in 2001(GG I), and one purchased from the town fish market by Dr. John McCosker and David Catania in 2009 (GG IIIB).   It is very exciting to have a bright new colleague here at the Academy who is interested in the Gulf of Guinea; the manuscript is in review and as always, we will send the published article to the islands. 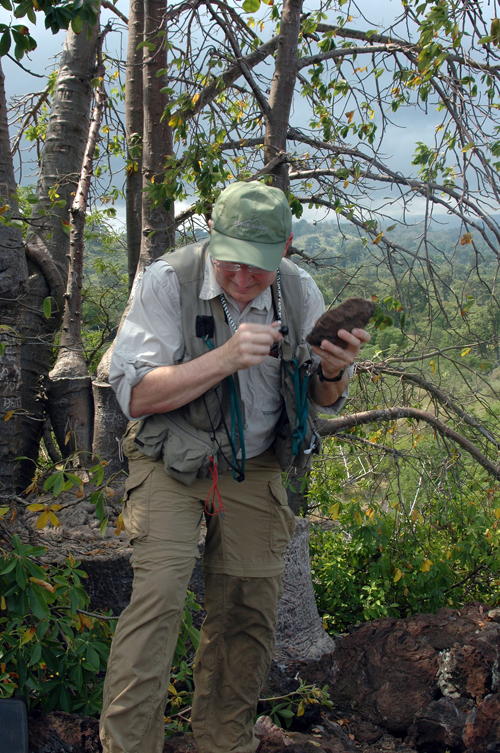 Meanwhile, our tireless moss guru, Jim Shevock, and colleagues from Dresden and Hungary have published another paper on the GG IV bryophyte collections; we have already sent the paper to the islands.  As a result of Jim’s GG IV work, the authors report 18 species of liverworts and hornworts  (moss relatives) as new for the Republic of São Tomé and Príncipe overall.  With respect to the two islands, 13 new species records have been found new to Príncipe and 16 new for São Tomé.  None of these species is new to science, but the country list for liverworts and hornworts is now 147 species, a much greater diversity than was known.

My lab has been quite active all summer.  Eden Maloney returned from UCLA to further refine the genetic component of her work on the endemic São Tomé shrew, Crocidura thomensis; this research includes the ecological work by our colleague Ricardo Lima, a doctoral student at  Lancaster University and genetic work by Dr. Brian Simison, Director of our Center for Comparative Genomics.

Much of our recent focus in the lab has been on the endemic, Greeff’s  giant gecko, Hemidactylus greeffi,  described from São Tomé by the Portuguese biologist Bocage in 1886. 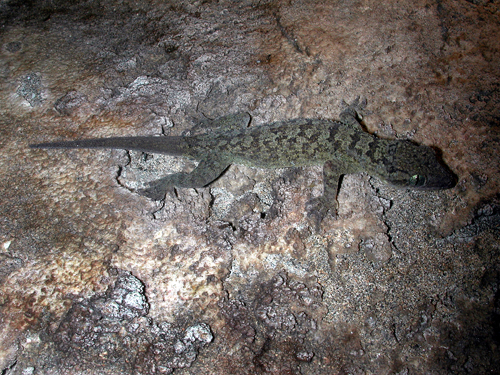 This species is unique among the 90+ members of the genus Hemidactylus,  in that it lacks the claw and the actual terminal bone (phalanx) of the thumb. 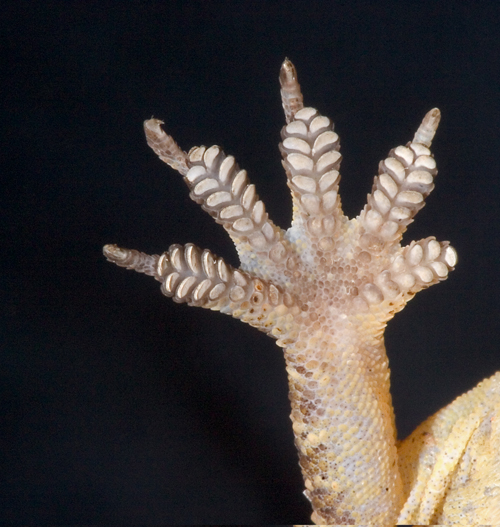 Evolutionary loss of the first claw is known from a species in Brazil, H. brasileanus but until now, absence of the underlying terminal phalanx has been thought to be unique to Greeff’s giant gecko. 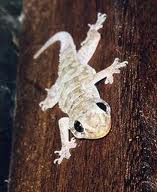 H. greeffi was thought to inhabit both São Tomé and Príncipe islands but in 2005, our colleague, José Jesus of the University of Madeira and his co-workers compared the genetics of samples from both islands and found significant differences in mitochondrial DNA sequence between them.  However, they did not find any differences in the nuclear genes they examined and thus deferred describing the Príncipe individuals as new.

In June, I tasked my Summer Systematics Intern, Elizabeth Miller of UC San Diego, with doing a detailed anatomical examination of our collections of the geckos from both islands, along with a molecular study of the two populations using the data kindly sent to us from Dr. Jesus but also employing new, faster-evolving nuclear genes.

Long before the genetic analysis was completed, Elizabeth found obvious and consistent morphological differences between the two populations.   In fact, these differences are so striking that I think if anyone had ever done careful comparison of the bodies of the two sets of geckos, the Príncipe population would have been described as a separate species long ago, DNA evidence notwithstanding. 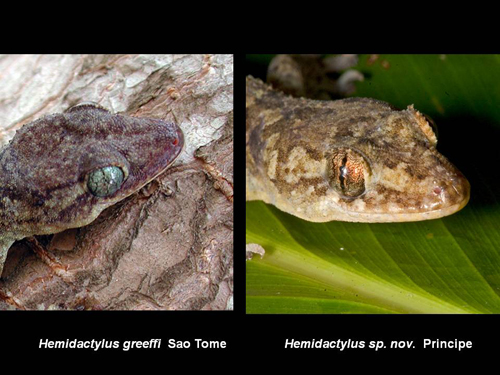 Among the many character differences she found was in iris color!  H. greeffi of São Tomé has beautiful light, moss-green eyes, while in the Príncipe population, the eyes range from gold to light copper.  This would seem to be an obvious, readily recognizable difference, but it must be remembered that except for Dr. Jesus and his colleagues, all previous scientists who have studied these geckos have been dealing with preserved specimens, in which eye color is invariably lost—in fact much body pigmentation is lost in museum preservatives .

Subsequent DNA sequence data generated by Elizabeth in our Center for Comparative Genomics confirmed that José Jesus and his colleagues were correct; the Príncipe populations do indeed represent a separate, undescribed species.  At the same time, however, they share with H. greeffi of São Tomé the absence of the terminal phalanx of the thumb; this strongly suggests that H. greeffi and H. sp. nov. are each other’s closest relatives (but more on this below). 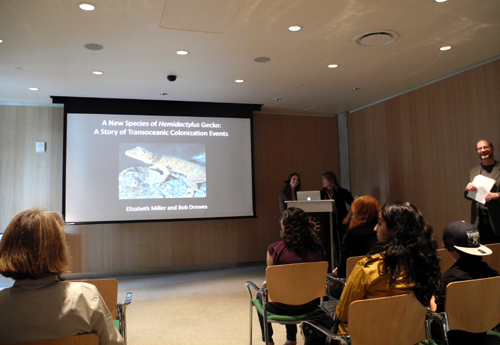 Currently Elizabeth and I, along with Anna Sellas of our CCG molecular lab are completing a formal description of the new gecko from Príncipe.  The two gecko species, along with their purported nearest relatives present quite an interesting biogeographical question, now being addressed by my graduate student, Dashiell Harwood.  At first glance, our molecular results suggest that the ancestor of both H. greeffi and the new Príncipe species colonized São Tomé first, then later made it across to Príncipe but we have a number of reasons for doubting this scenario.   Part of Harwood’s project will be to employ Elizabeth’s data plus additional genes and deeper analysis in order to answer this initial question.  But if we can obtain appropriate samples, there is a much broader gecko issue we can study.

Above is a small subset of a much larger cladogram of Hemidactylus species done by our colleague Dr. Aaron Bauer of Villanova University and his co-workers.  The highlighted box indicates H. greeffi and its closest known relatives, H. longicephalus of the African mainland (also São Tomé) and H. brasileanus of South America.  The species examined in Bauer’s study did not include samples of our new gecko from Príncipe Island.

The image above is a visual perspective of the rough distributions of four species of Hemidactylus, including Príncipe.  If the cladogram is a true reflection of the relationships of three of the four species here, and if the Príncipe gecko is indeed, H. greeffi’s closest relative and fits in as we surmise, then the common ancestor of all four species must have crossed the Atlantic, from the African continent to northern South America.   This is not a new idea and was proposed by Carranza and Arnold in 2006, who stated that during the last 15 million years, African lineages have crossed the Atlantic by random (natural) dispersal at least twice.  The likelihood of this long-range dispersal is strengthened by a look at the dominant Atlantic currents.  Readers of the blog will recognize the South Equatorial Current as the same one we invoke as providing a “freshwater pathway” for rafting from the Congo and Niger Rivers on the mainland, straight through the Gulf of Guinea archipelago (see Oct and Nov, 2008 blogs and Measey, et. al (2007) Journal of Biogeography 34.) 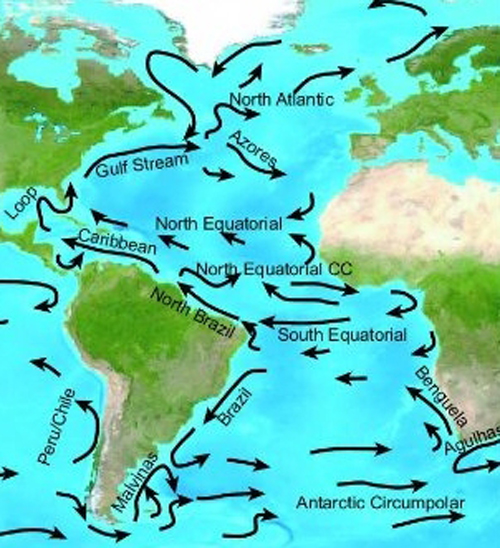 In the Carranza and Arnold paper, H. longicephalus and three additional Brazilian species were employed, as was “H. greeffi”; however, the tissues we sent the authors were from Príncipe, before we knew the two island populations were distinct.  So Harwood’s graduate work should shed some light not only on the relationships between these geckos, but their geographic origins and history. 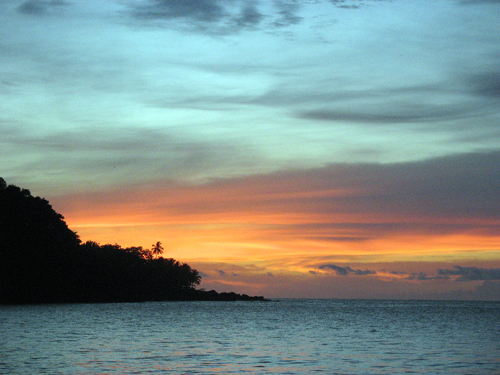