The Race: Mountains That Glow

Drs. Brian Simison and Tomio Iwamoto and Roberta Ayres and Rayna Bell left early this morning on the TAP flight for home; five of us remain: our two botanists on Principe and three of us here on Sao Tome continue.  It is time for a science update, especially since it is pouring rain as I write, and our biodiversity education mission on the big island is completed for now. 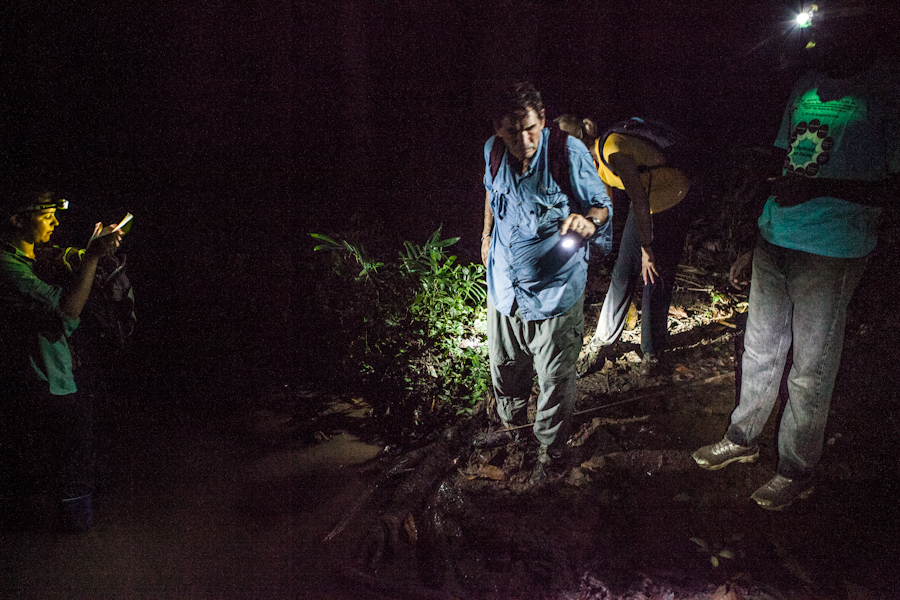 Last week, and for the first time, Academy scientists collected the top of Pico do Sao Tome. At over 2,000 meters, the peak is remote and can be quite dangerous to ascend in the rainy season, especially carrying equipment. Our guys were able to accomplish this with help from our friends, Andre Reis, Hugo Serodio and Antonio Fernandes. Andre runs Tropic Ventures, a new company that provides various tourist activities including car rentals, water sports, etc but they also take on really hairy missions into the interior of the island. Andre is ex-military (Portuguese) and his company, equipment and skills are very, very good. 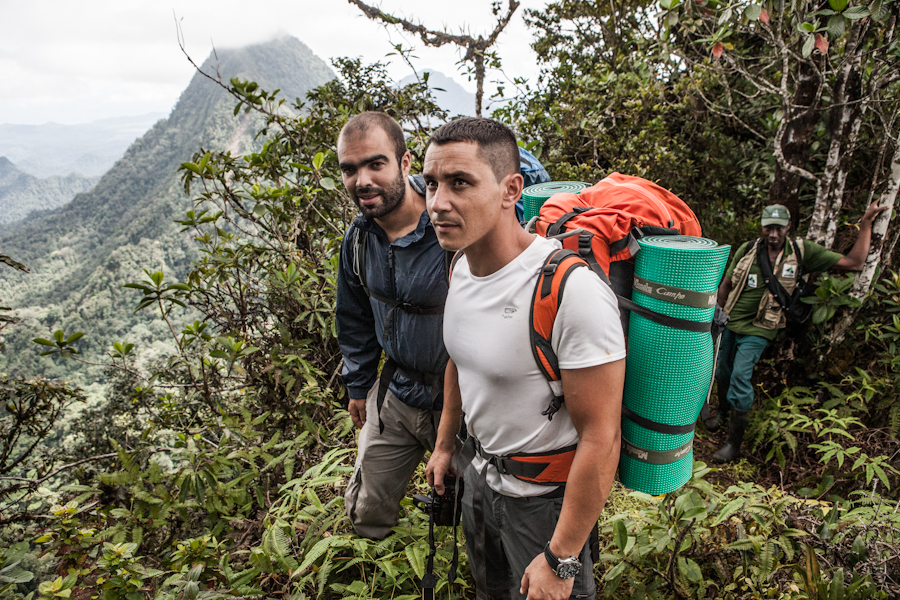 After a postponement due to the rains, Jim Shevock, Miko Nadel, and our photographer Andrew Stanbridge made two-day ascent, collecting all the way. 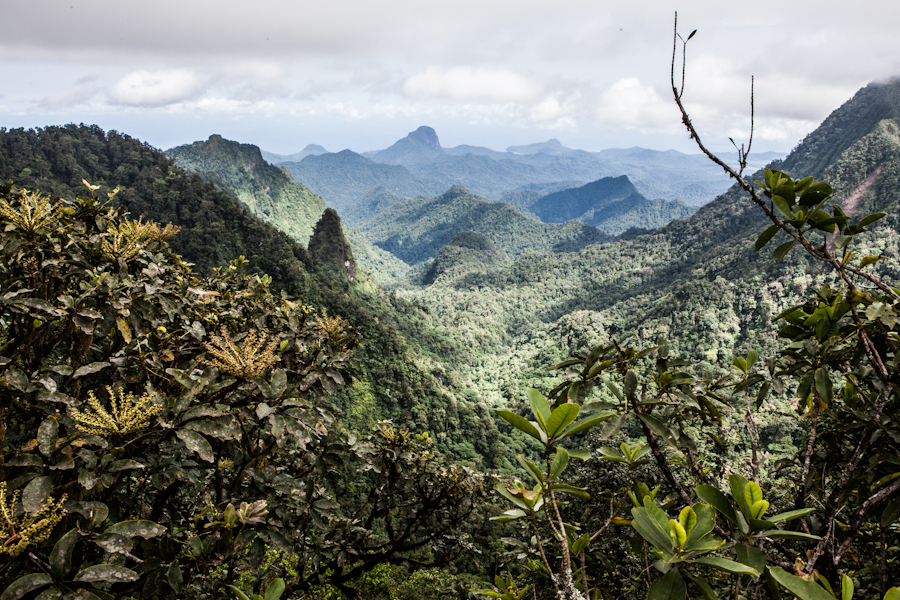 Those who know Jim Shevock, the Academy’s moss expert, will not be surprised to learn that he went nuts. I have no idea how many moss specimens he got nor how many are new, but to say he was enthusiastic upon their return would be a gross understatement. 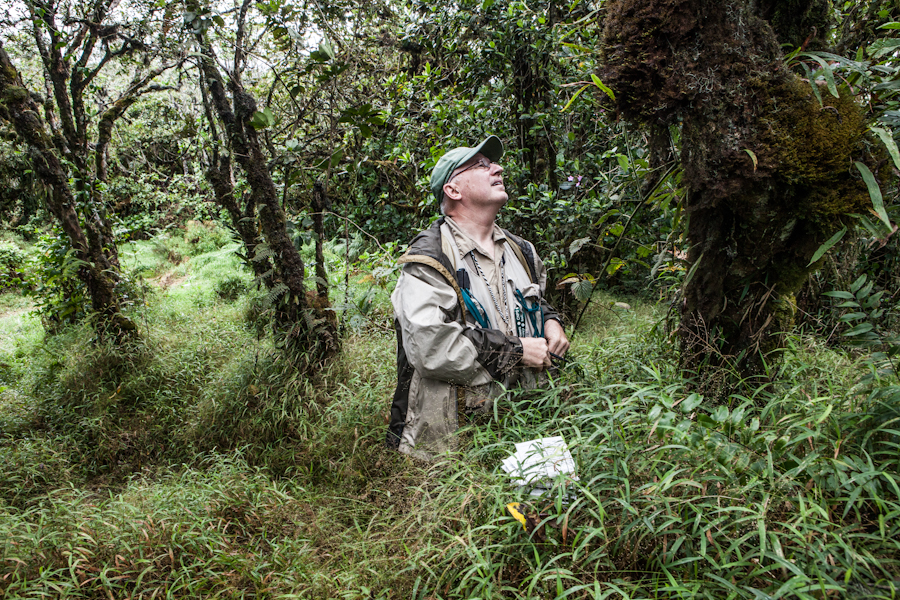 But the neatest discovery was made by Miko Nadel, our lichen grad student from San Francisco State.  Sitting and eating dinner in the darkness, Miko looked down and thought he saw Andrew’s wristwatch on the ground, glowing at his feet. What he soon discovered was not Andrew’s watch but a patch of  bioluminescent mushrooms! 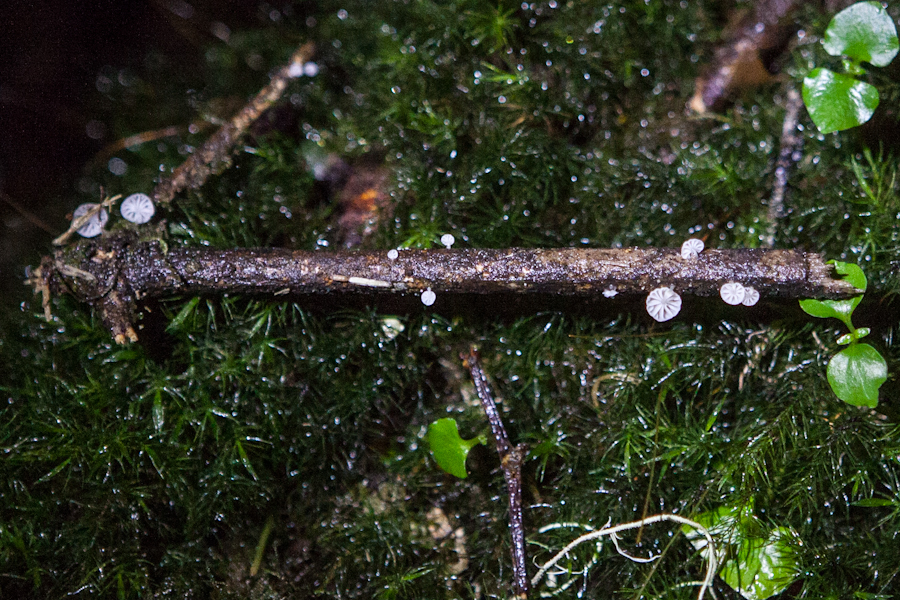 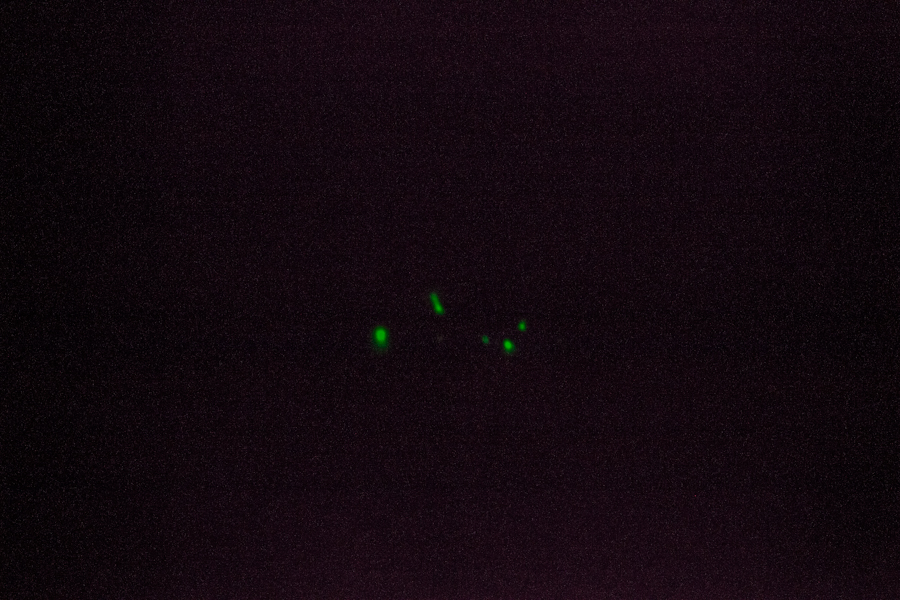 Miko’s graduate advisor, Dr. Dennis Desjardin, a world authority on mushrooms, was with us on GG II and GG III and made the first comprehensive survey of both islands. But , curiously, Dennis (a Fellow of CAS) has recently been doing cutting edge research on bioluminescent mushrooms! So I waited until Dennis gave his OK, before posting Andrew’s images of these remarkable fungi. As usual, we will not know what all this means until we return to CAS for analysis. That is how science works. 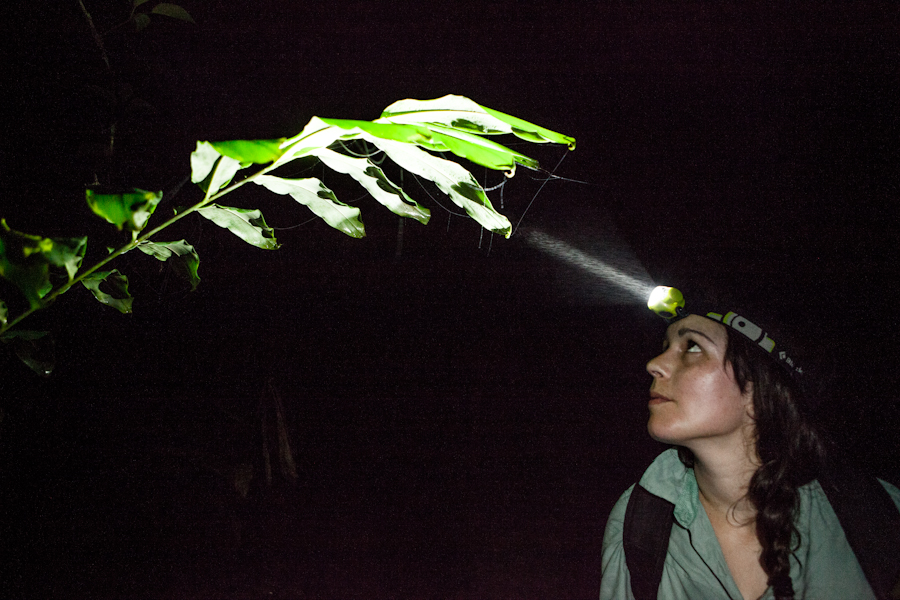 Rayna Bell’s mission was to examine the possible hybridization between the Sao Tome giant treefrog, Hyperolius thomensis and the oceanic treefrog, H. molleri.  We have had genetic and phenotypic hints that this might be happening for some time now.  Rayna’s PhD thesis at Cornell is on the evolution of sexual dichromatism in African treefrog species. 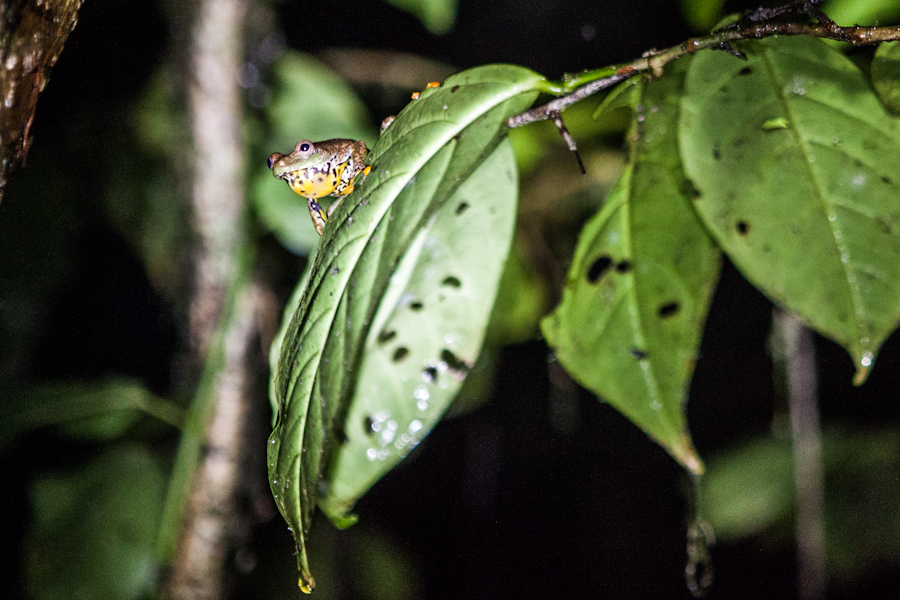 It looks as though hybridization is indeed going on between the two species at about 800 to 900 meters. Rayna was able to get samples of the giant frog at 1400 meters and then sampled “downhill” at various elevations to nearly sea level, in oceanic treefrog territory.  We had great help from Joao Pedro Pio, a young Portuguese friend who is working on the endemic maroon pigeon; lucky for us, he loves adventure and frogs.  Rayna is tireless, bright and fun to be with; but among us bush herpetologists, the real test is how one does in the boonies. She is wonderful; I was proud to have her along with us. 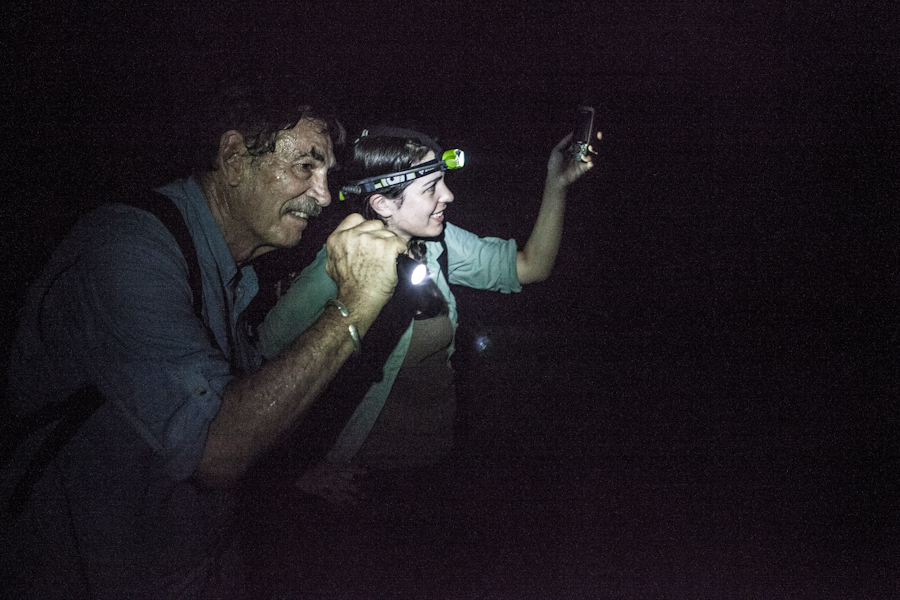 And by the way, last night (Rayna’s last), she and Andrew visited the “magic tree” where we have always found the giant treefrog.. they came in about midnight, and told me that as they sat next to the tree, waiting for frogs, the entire forest floor around them was aglow!

It is still raining and outside my door, a Sao Tome prinia is hopping around in the bushes; I will let Andrew’s pictures speak of Tomio Iwamoto and Brian’s adventures in Micoló catching mudskippers and pipefish. 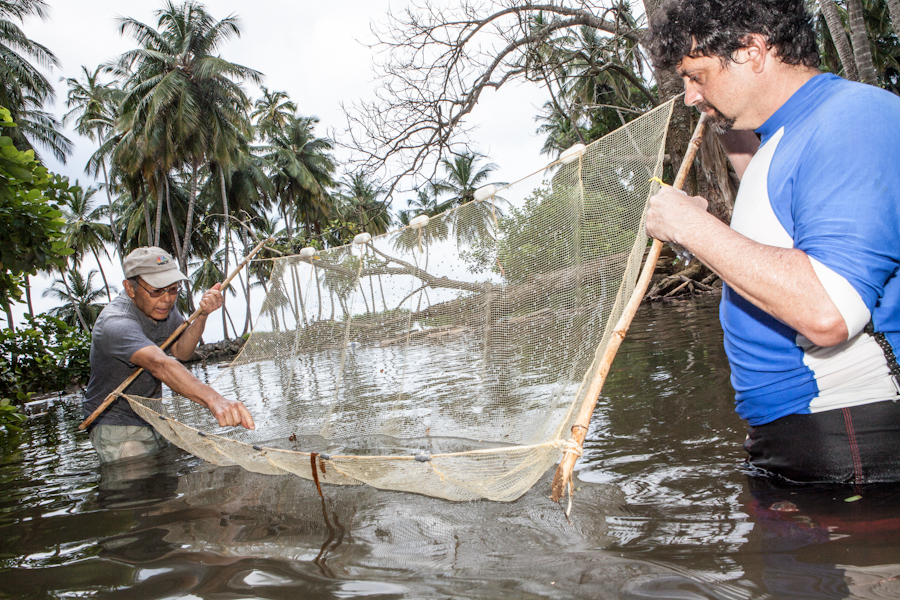 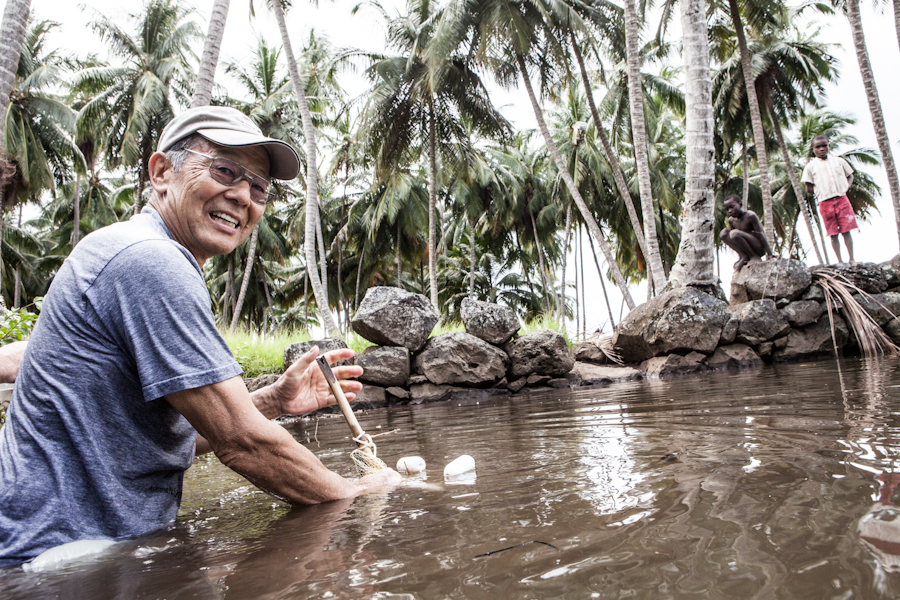 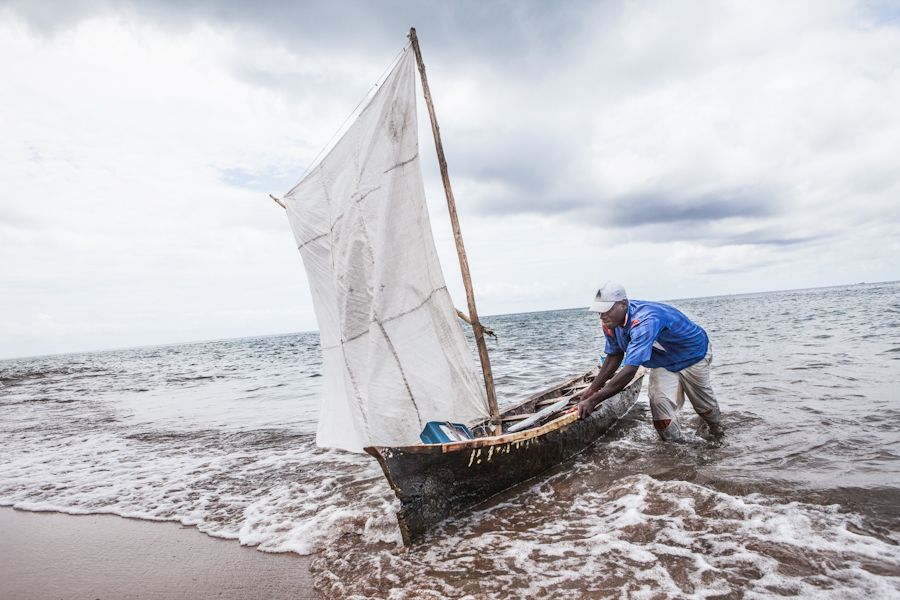 all photos by Andrew Stanbridge