The Race: In Defense of the Road Less Traveled 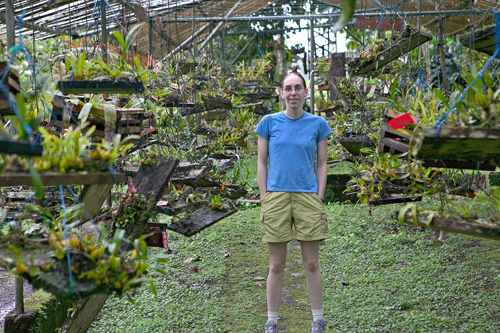 When asked what one does for a living, many can easily respond with but one of three simple words: “medicine, law, or business.”  The societal value of these career paths is constantly reinforced and requires no embellishment nor further explanation.  Since our dads and moms (or grandparents) came home from WWII, these professions and their variations have been the tried and true paths to property, prestige and power: the “American Dream.”

But there are some among us for whom the goals of the American Dream are simply irrelevant.  While I doubt there is a single biologist anywhere who would not love to have the freedom of economic security, in truth this is simply not as important to us as doing what we love – that which fascinates us and keeps us in a constant state of active curiosity and quest.  I firmly believe that for most of us, this obsession is innate; we are born with it, and our profession chooses us, not the other way around.

So our response to the question is frequently troublesome, especially when it gets to the inevitable: “Why?”  “Why do you spend your life studying weird plants? or African frogs? or spiders? or diatoms?”  An honest response to this would be, “because I love it,” but we don’t say this because as Americans, it would make us seem selfish, immature and even an impediment to mainstream progress.  And, of course, the unspoken question is really:  “What good is it? What does it do for ME?”

Describing our values and feelings to others who lack our passion is nearly impossible--there is simply no emotional shared frame of reference, but I can at least say this: based on my own life experience, there is simply no joy on earth that can compare with the thrill of academic discovery… I don’t just mean finding a new species (exciting, yes, but a pain to describe scientifically!);  I also mean discovering a new relationship, or a new connection, or arriving at a new concept.  This “Aha!” moment transcends all other emotions I have ever experienced.  In 2008 during the Gulf of Guinea III expedition, I learned that watching the thrill of discovery happen to a young student for the first time is just as wonderful as experiencing it myself. 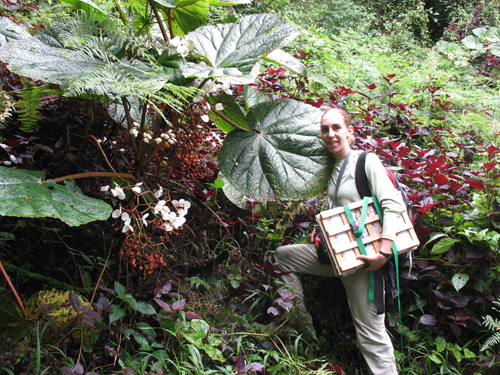 Rebecca Wenk was a curatorial assistant in the Academy’s Botany Department and also the graduate student of Dr. Tom Daniel, curator of Botany, my colleague and companion on a number of Gulf of Guinea island expeditions.  Rebecca’s Master’s project at San Francisco State University was a study of a group of plants, one rare species of which was found on Sao Tome and Principe, and so her advisor Tom brought her along with us on the GG III expedition.   Rebecca REALLY needed this plant!

She was a real character.  The fact that she was the only female among the seven of us did not inhibit her in the least.  As a member of an academic family, she was not at all shy about challenging each and every of us at one time or another and usually in a voice that commanded attention – a quite memorable voice, at that.  She was a fine boonie rat, tirelessly collecting and pressing plants but also joining in the various activities of the rest of us. 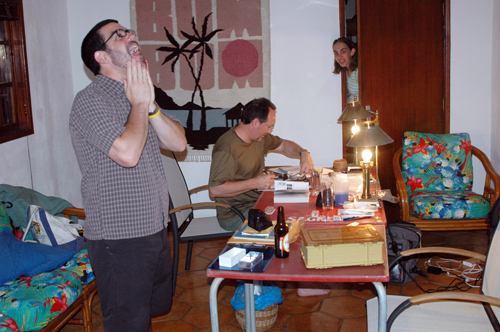 Our first week and half on the larger island of São Tomé was full of adventure and highly successful for all us; we collected up and down the central mountain, the west and east coasts, but Rebecca could not find her plant.  Later the group flew to the smaller, much older island of Príncipe. During GG I and II, we had no transport on Príncipe, and thus had not been able to sample this fascinating island in any detail.  GG III was the first year we were offered the logistical support of Africa’s Eden, an ecotourism company that owns two fine lodges, the Omali on São Tomé and Bom Bom on Príncipe. The company also has fishing boats and vehicles on both islands allowing us access to remote areas otherwise inaccessible. 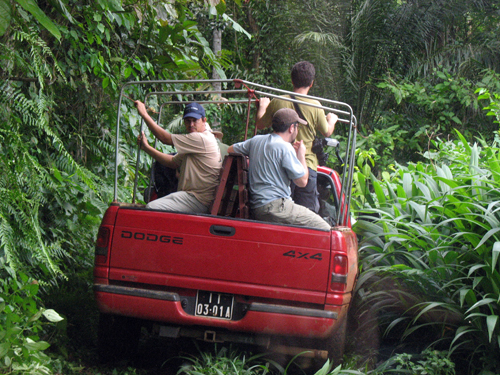 Bom Bom resort drove us around in an open red truck with benches in back, on roads and trails we had not known existed.  They also furnished us with Ramos, a guide who soon became a good friend and supporter on all of our subsequent expeditions.  On our first full day, Ramos drove us up a very steep, rather scary road to his roça (plantation), high on Pico Papagaio (Parrot Peak). 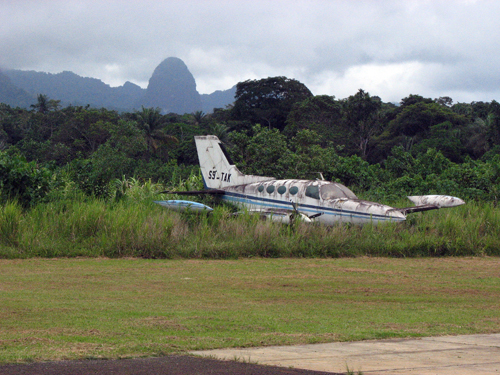 As we were slowly proceeding up the track, at about the 300 m level, Rebecca let out a series of shrieks, leapt out of the truck and prostrated herself on the steep, downhill side of the road!  She had found her plant, Elytraria marginata! It is important to note here that Rebecca saw and found it herself; no one brought it to her, and none of us probably would have noticed it, even Dr. Daniel!   This little population of Elytraria was the only one we found during all of GG III.  To this day, there is no consensus among those of us witnesses as to what words Rebecca was actually screaming, but we are all agreed that it was in sheer joy.

I have a series of pictures of Rebecca racing around at the discovery site, hooting and hollering, but the best image of all is this one, taken by Wes Eckerman, our photographer: 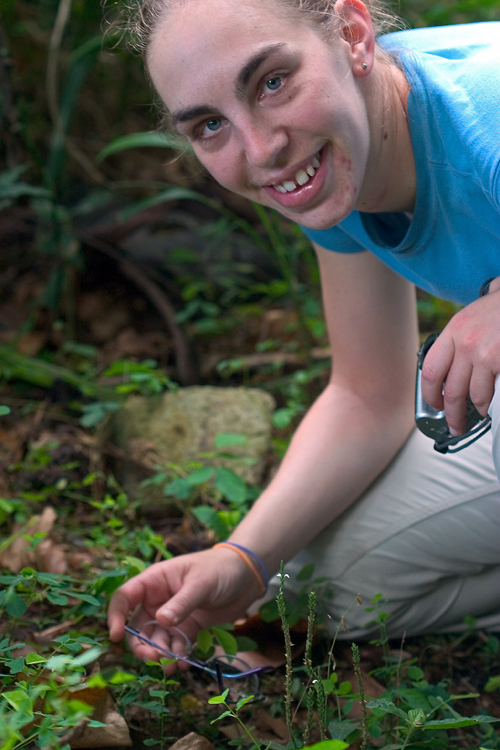 Shortly after the discovery, we reached Ramos’ plantation and had lunch; the glow of Rebecca’s “aha” moment is still obvious on her face (and also on the face of her adviser, Dr. Tom Daniel!) 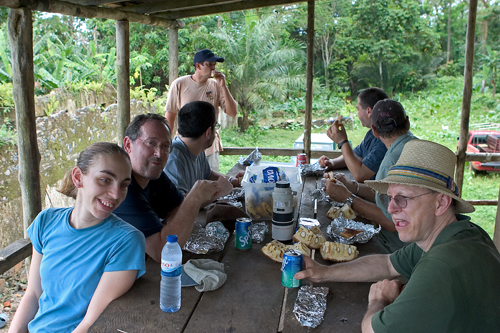 Two years later, Rebecca C. Wenk was awarded her MSc degree in Botany from San Francisco State University, and in the next year, her dissertation was formally published:

Rebecca C. Wenk and Thomas F. Daniel. 2009. Molecular Phylogeny of Nelsonioideae (Acanthaceae) and Phylogeography of Elytraria. Proc. C. A.S. 60:53-68.
This paper is considered an important contribution to our understanding of this group of shrimp plants and according to Tom Daniel, it has stimulated additional work by others; this is one of our goals as scientists.

Rebecca was a fine botanist with a good and inquiring mind and a bright future; a career in academia was certainly one of her options should she have chosen it.  But only a couple of weeks ago Rebecca Wenk died of cancer, suddenly and tragically, at the age of 32.  All of us at the Academy feel her loss deeply; the Department of Botany where she worked is especially bereft.  Those of us who were with her during her special moment on the remote island of Príncipe in 2006 feel particularly blessed to have been witness to it. 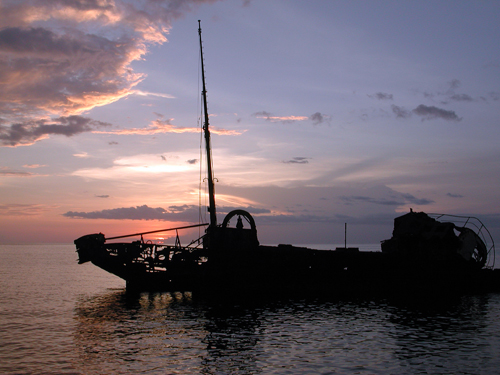