The Race: Flat Worms, A New Doctor and an Island Education Video

One of our most consistent and knowledgeable colleagues on the island of São Tomé has been Ricardo Lima, up until recently a graduate student at the University of Lancaster. 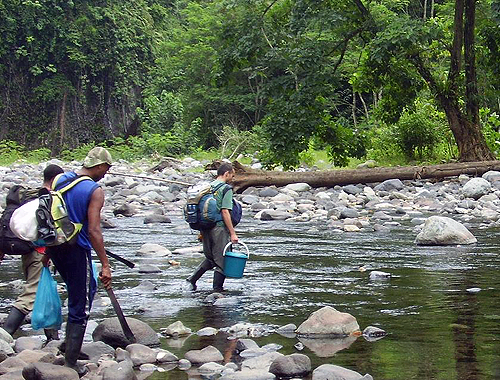 Ricardo has been studying the effects of land use changes on the distribution of the endemic birds of São Tomé, and I am delighted that (1) he has just completed his PhD, (2) he has published a fine article on his research in the journal Diversity and Distribution, and (3) he is back on the big island having found funding for the continuation his research. This funding will also allow the reprinting of the biodiversity posters we distributed during GG V in 2011. Readers will recall we were able produce only 200 of these (see March – April 2011 posts). 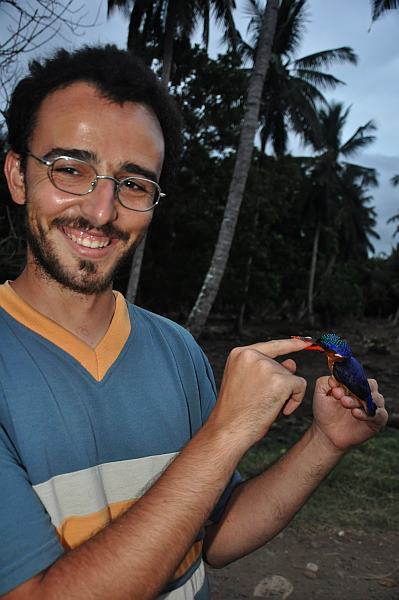 Over the several years I have known him, Ricardo has sent us images and/or specimens of great interest to us both, including a freshwater fish we missed in our 2001 and 2006 river surveys (we still have not analyzed one), and especially the specimens of the endemic shrew, Crocidura thomensis which we subsequently studied genetically. Dr. Lima will be one of the authors when the shrew paper is completed. A year or so ago, Ricardo sent us some pictures of a strange, brightly colored flatworm called a terrestrial planarian or geoplanid. 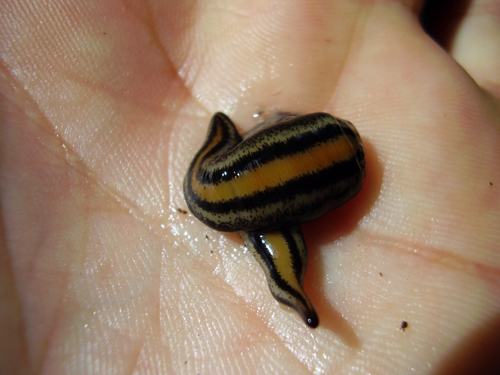 As delicate as these little terrestrial creatures appear, they are actually voracious predators upon snails, slugs, insects and earthworms. The known species have very narrow, specific habitat preferences and thus can be used as indicators of habitat types. Readers will recall that over 60% of the snails of São Tomé and Príncipe are found nowhere else in the world, including an endemic genus, Bocageia; if this geoplanid is an invasive, it may well be a real threat to the populations of endemic snails. 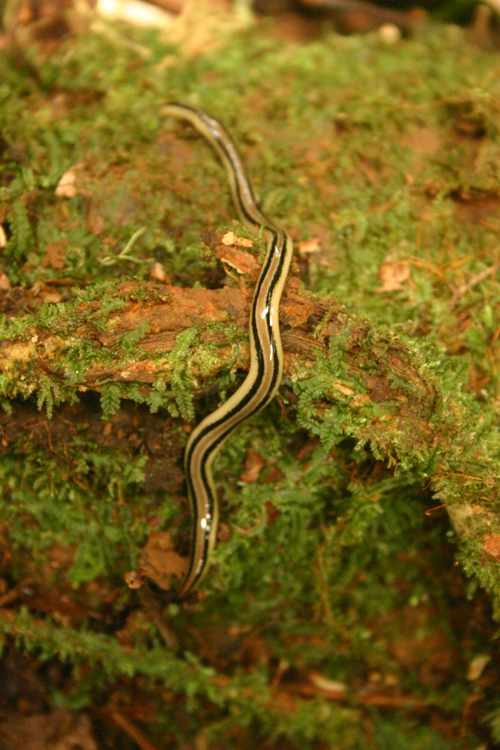 Even with a better image in hand (above) we could not put a name on this animal. We have many experts here at CAS, but none specializes in this class of invertebrates, the Platyhelminthes. During GG VI last April, Miko Nadel, our lichenologist graduate student collected a specimen way up at 1700 meters on Pico do São Tomé (see Mountains that Glow, April 2012) and brought it back. 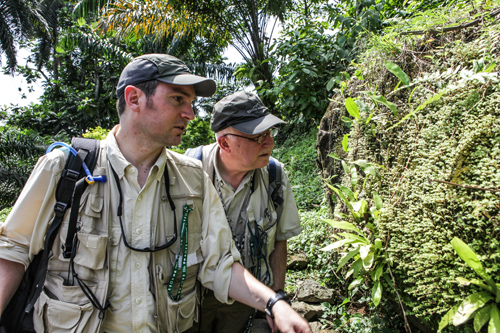 Now with a specimen in hand, we needed to find an expert. Thanks to Dr. Shannon Bennett, Head of our Department of Microbiologist, we discovered Dr. Ronald Sluys, of the Netherlands Centre for Biodiversity Naturalis. Dr. Sluys has been sent the specimen and is “willing to give it a try!”. Apparently, there are not all that many experts in this field, and Ron says he will have to section our one specimen with a microtome in order to try to identify it. If it is new, we will try to get more for him; if it has a name, we can add yet another species to the remarkable biota of the islands.

Finally, our readers will know that since GG IV in 2010 we have been developing a biodiversity education program for the youth on both islands. Our volunteer group has put together a video describing the bio-ed project; this will be the first time I have tried to post a video on this blog. It is about 7 minutes long, and if it works, my thanks to Jim Boyer for his expertise. 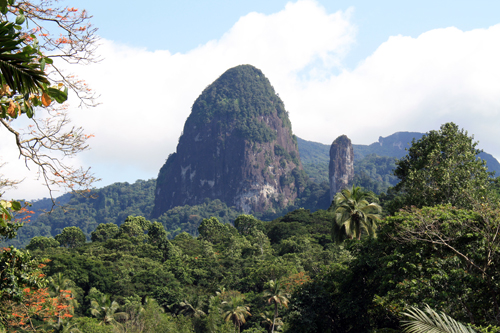