Stepping away from our previous animal focused Smackdowns, our focus today is Foeniculum vulgare, also known as common fennel. This culinary herb from the carrot family (Umbelliferae) is native to southern Europe and the Mediterranean area. You can read more about its usage and cultivation in Culinary Herbs, among other volumes. 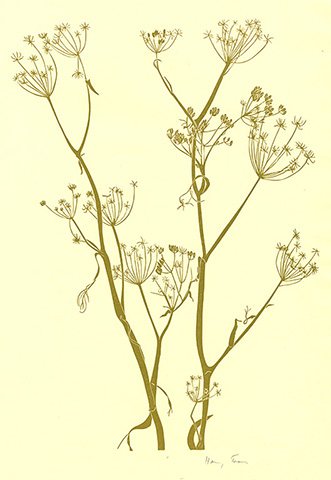 Henry Evans made numerous botanical prints throughout his career. This fennel image is among several housed in the Archives, likely from an exclusive Academy exhibit.  Revered by botanists for his faithful portrayal of important characteristics, each species is created life size. 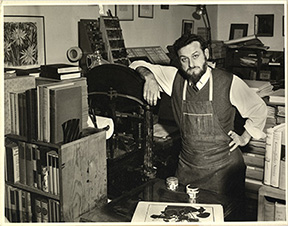 Henry Evans at his press, courtesy of the CAS Archive 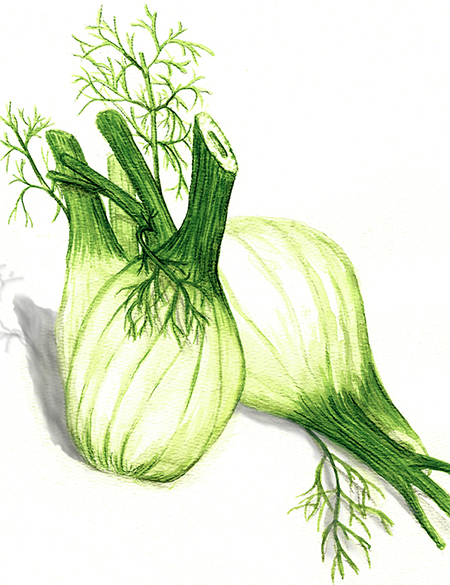 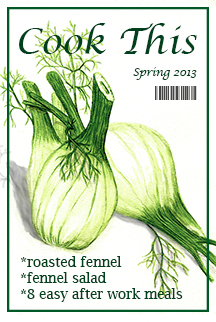 I approached my own image of this plant by asking the question, what sort of client would ask me to create a botanical image of this species today? The most likely option would, I think, be a cooking magazine. So I laid out my image as if it were a magazine cover. The painting was created using gouache, and colored pencils.