Today we bring you a blog post from the past, describing in detail the tenacity of the dedicated collector. George Switzer, famed Smithsonian mineralogist (responsible for bringing the Hope Diamond into the Institution's collection) wrote this tale of soggy derring-do while completing his undergraduate degree at UC Berkeley in the mid-1930s. From the L. Courtney Decius collection at the California Academy of Sciences Archives.

EVEN THOUGH IT WAS RAINING

This is just by way of proving that it takes more than a mere rainstorm on a semi-liquid mud lake to stop a real mineral bug.

The lake visited was Borax Lake, formed by lava damming a mountain cove, in Lake County on the southeastern border of Clear Lake. It was in this lake that, in 1864, the first commercial production of Borax in American [sic] was begun. The lake is now nearly dry with a crust of Halite, colored violet by organic life, covering it. Under this crust is a thick mud with a decidedly "soapy" feel due to the large amount of Borax in solution.

The trip was made by a party of four, including Mr. M. Vonsen, a well-known mineralogist of Petaluma, California. It was unfortunate that we picked a very rainy day for the excursion because, during the whole time we were collecting, it rained in torrents. To make matters worse, the lake is so soft that one cannot walk on it. This was remedied by walking on skis made of one by six pine boards about six feet long tied to the feet with ropes. And beware! For if you step off the skis, you immediately sink to the hips in the mud and it is impossible to get out without assistance.

In spite of being soaked to the skin by rain and coated from head to foot with mud, the trip was very worth while. For by skiing to the middle of the lake, breaking the Halite crust and groping arms deep in the mud, we felt an occasional second layer, which proved to be excellent specimens of Halite and Borax crystals on Trona and Natron. The Natron, however, was so deliquescent that we were unable to preserve any of them. We also obtained minute crystals of Northupite and Gay-Lussite, both insoluble in water, by dissolving a specimen of the Borax and Trona in water. Then with a low powered microscope we were able to separate the Northupite octahedrons from the monoclinic Gay-Lussite crystals.

We were indeed fortunate to be able to get any specimens at all, for it was the first time in twenty years that chemical conditions in the lake had been right so that the minerals could crystallize out. Following the heavy rain the specimens were again gone, perhaps only for the winter, or maybe for another twenty years. 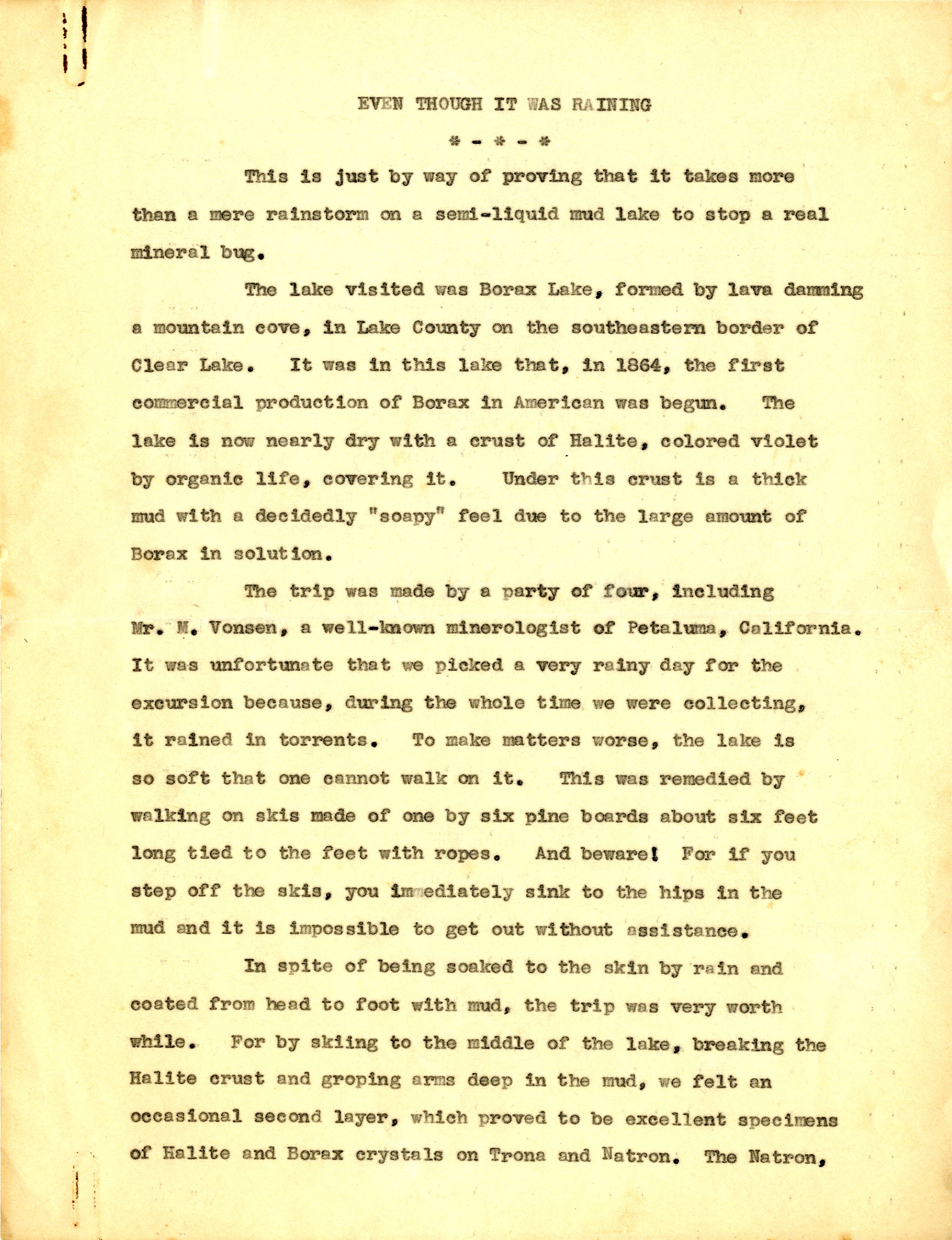 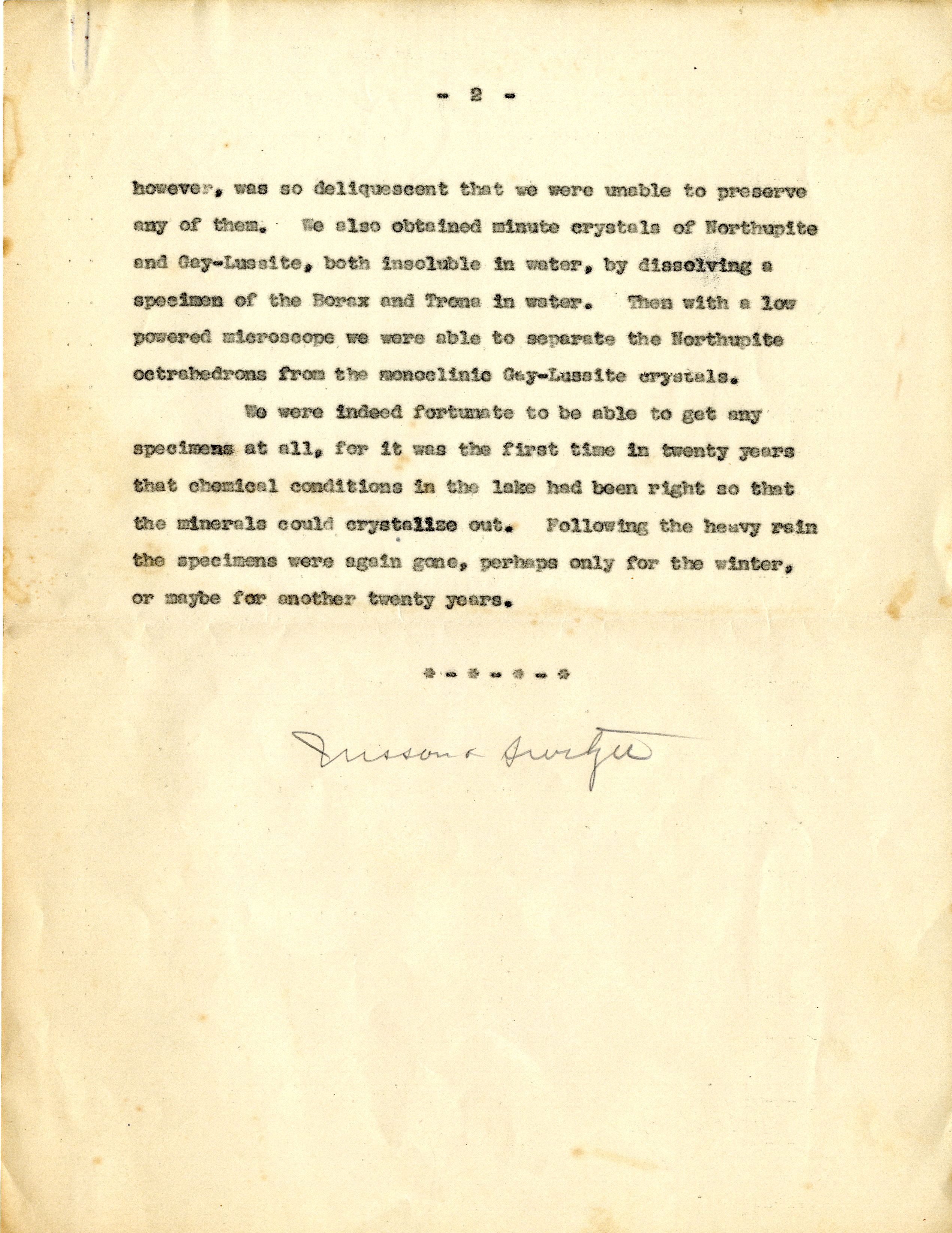