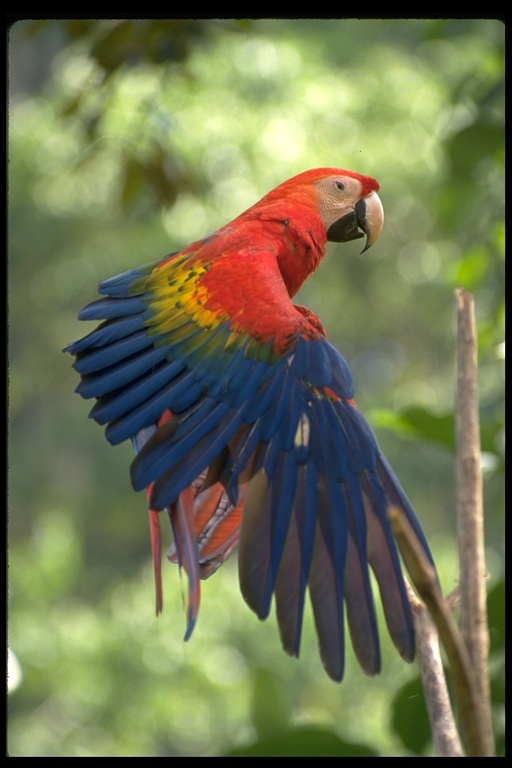 Biodiversity and endemism in the northeastern section of the Amazon is off the charts. The rich diversity of flora and fauna many scientists attribute to the warmer climate of this region during the repeated Pleistocene ice ages that provided shelter to organisms. Scientists estimate there are between 9,000 to 12,000 species of vascular plants, 600 species of birds, 500 species of fish, and 120 species of mammals in and around Ecuador’s Yasuni National Park. This exhibit highlights some of that diversity, the history of European exploration in Ecuador, and the current issue of crude oil that threatens this diversity.

I spent many weeks deciding what to include in the exhibit: perhaps crude oil in a jar? Or maybe a spread of taxidermied animals to demonstrate the diversity of Amazonian mammals? I finally decided on a varied collection of library materials to juxtapose two elements of my research that interested me most: Ecuador’s biodiversity, and crude oil’s effect on the Amazon. If you visit the Reading Room, you will see a sketch of the Andean Wax Palm (Ceroxylon alpinum), drawn by Aime Bonpland,who traveled with the noted naturalist Alexander von Humboldt during the first scientific exploration of the Americas. This book was one of two I included from the library’s vast collection to demonstrate the history of science in Ecuador. In the other case, I have included a map that illustrates the territory most affected by oil production, and a picture of where my family lives in Ecuador. A final piece that finished off the exhibit were the specimens the Entomology Department and the Ornithology Departments generously loaned me. In the left glass case there are several shiny Green-Gold Scarab Beetles (Chrysophora chrysochlora) and a lovely Scarlet Macaw (Ara macao) specimen that boldly demonstrate what words cannot—how beautiful and quintessential these species are to the Amazon. Working with these three research departments and choosing specimens that highlighted my research enabled me to see how research collections, whether used for a museum exhibit or as evidence for a scientific study, are invaluable to the scientific world. 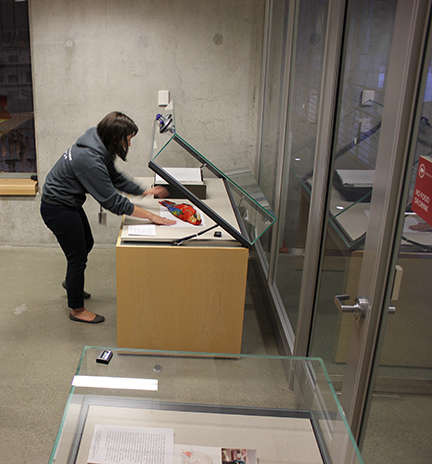 Diane Sands (left) and myself laying out an exhibit case. photo: Yolanda Bustos.