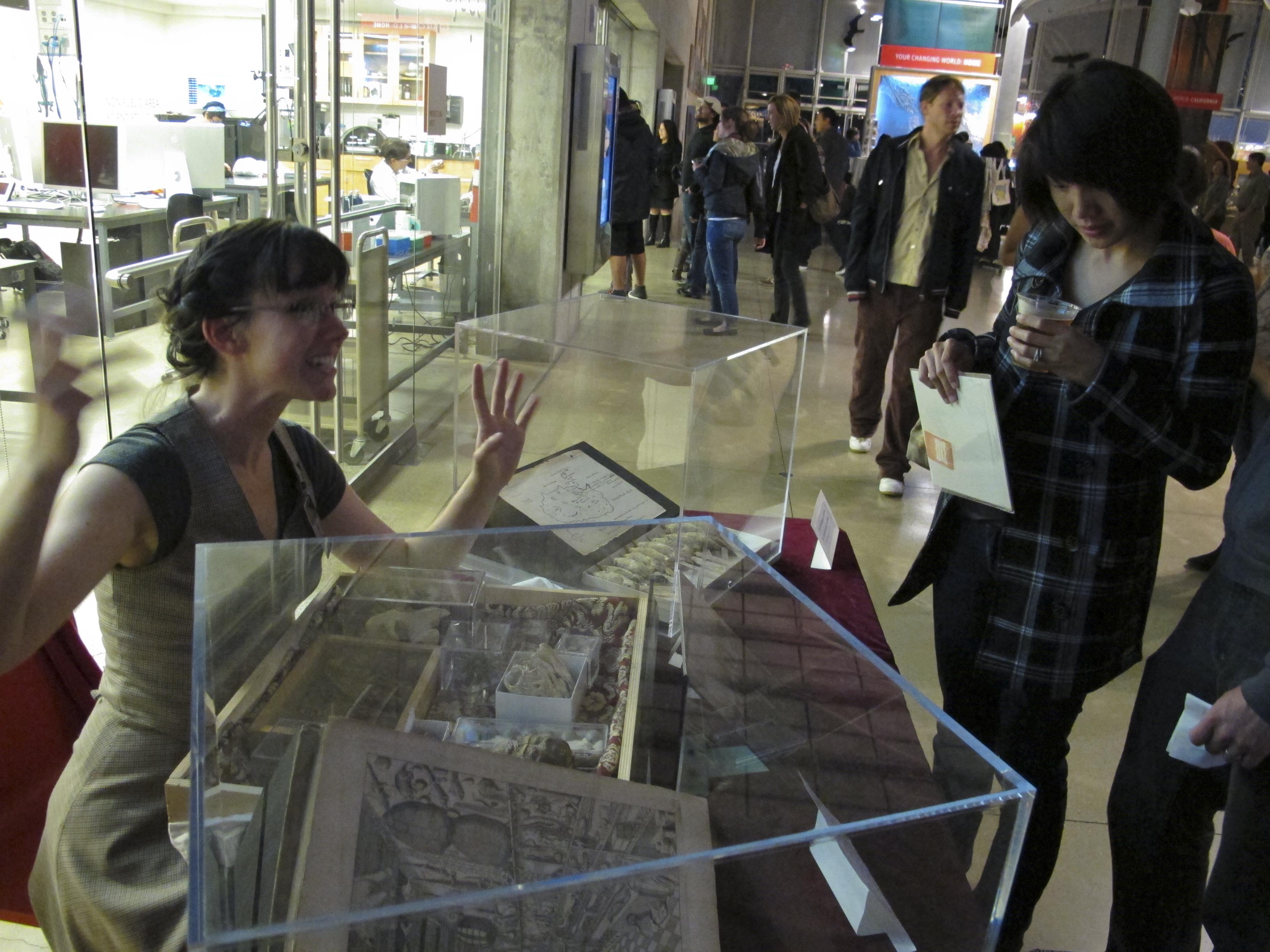 Thursday night, July 14, was the Academy's 'Crafty' themed NightLife which featured an array of booths from Bizarre Bazaar selling hand-made items from local artists. The Library and Archives had a chance to discuss Connecting Content, an IMLS grant-funded project, and to talk about collection theory, both historically and within contemporary situations. Of course, our visitors were enacting their own 'collecting' by selecting objects and purchasing them from the Bizarre Bazaar booths, perhaps adding these objects to what could be considered a collection at home on their walls, in their drawers, or even choosing to wear them. 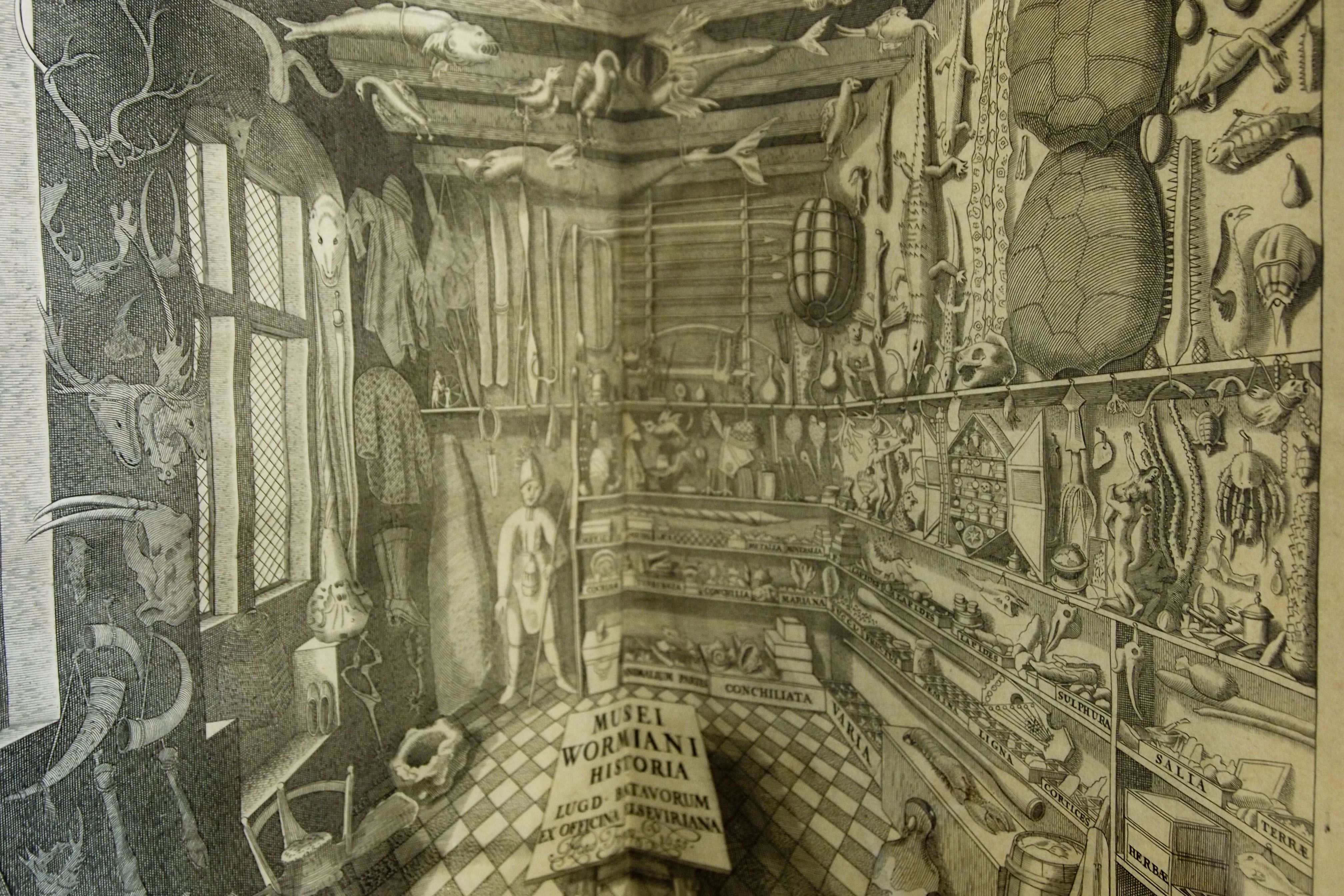 There were two parts of this display. First, a table was set up next to the Project Lab that displayed Ole Worm's (1588-1654) book Museum Wormianum, showing his "cabinet of curiosities" in Copenhagen, finches from the Galapagos Islands often referred to as "Darwin’s finches," and a photograph of the 1905-06 Academy of Science Galapagos expedition team. Visitors approached this display and were given glimpses into why these people collected their specimens, with Project Manager Daina Dickman available to provide additional information. The second part to this display was the Collections Scanning Intern Stephanie Stewart-Bailey with a desk drawer full of 'curiosities' on loan from the Naturalist Center. She wandered around the museum floor having conversations with visitors and playing a guessing game of "what do you think this object is?" Through this display Stephanie hoped to introduce the idea to visitors that collecting occurs first due to curiosity. 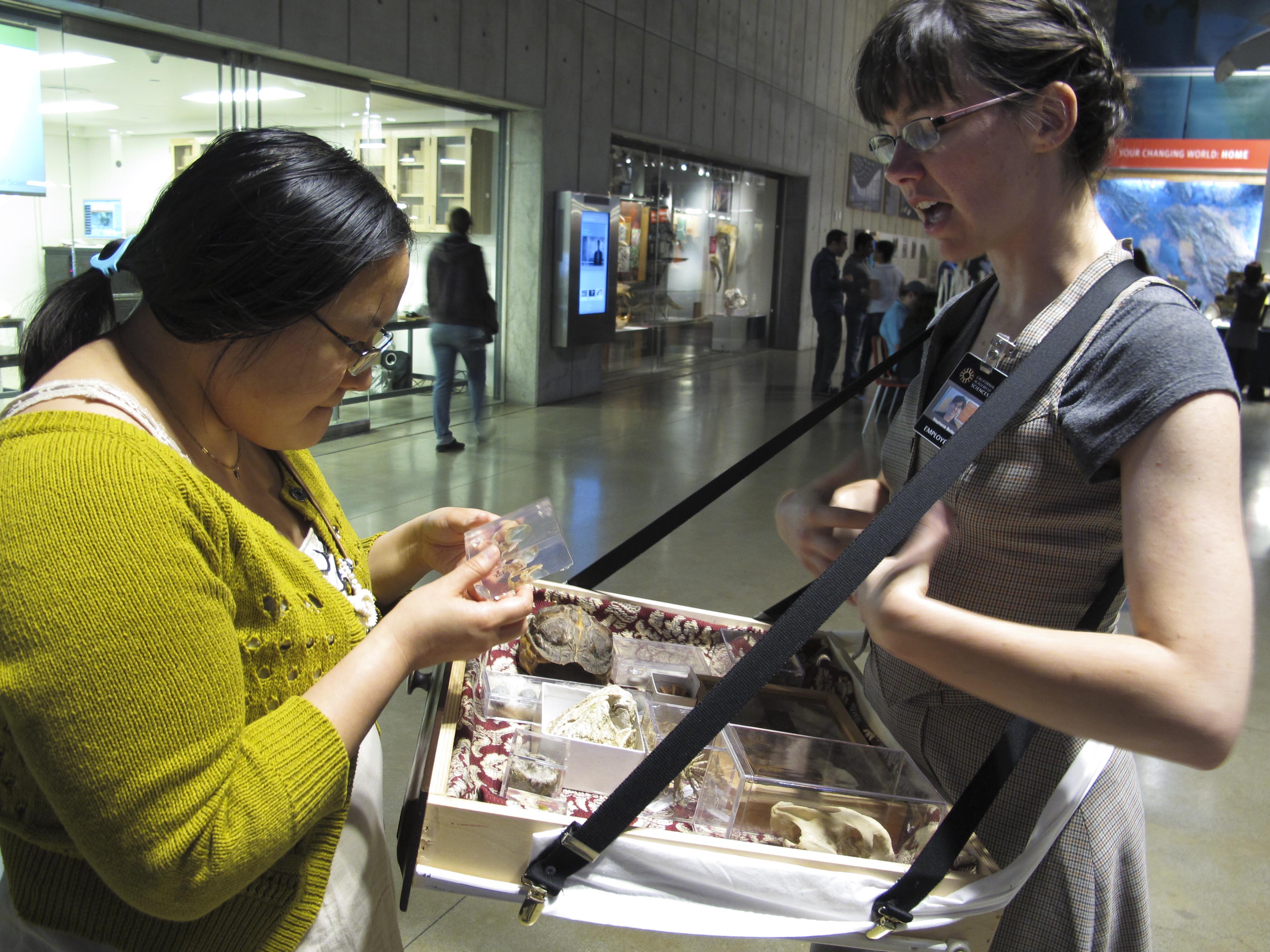 This game fostered the idea that collectors found these animals and other such specimens, curious. The second step after noticing something was curious was to draw out further knowledge from them. Stephanie then showed the visitors the table with the Library and Archives display of examples of historic natural history collections. 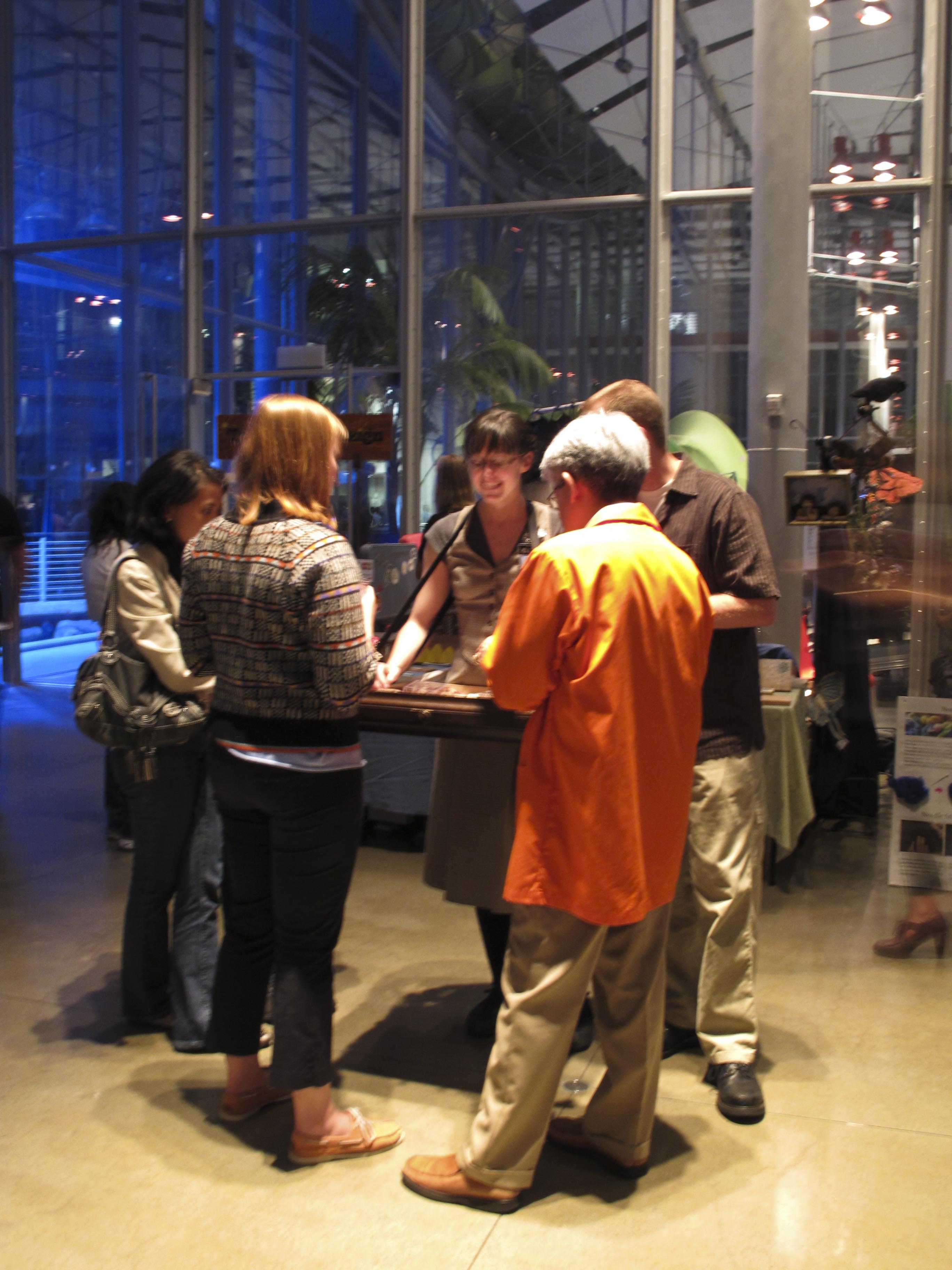 By participating in NightLife, the Library and Archive's Connecting Content project was shown directly to the public, initiating participatory discussions with visitors over collection theory and how some projects at the California Academy of Sciences deal with both historic and contemporary collecting methods.