The California Academy of Sciences was recently awarded a National Leadership Grant from the Institute of Museum and Library Services for a project called Connecting Content. This pilot project involves digitizing and providing access to expedition field notes and avian specimens from a 1905-1906 expedition to the Galapagos Islands, and I get to create the digital images! At the end of the project we will make the field notes available through the Biodiversity Heritage Library and specimen images available through the Encyclopedia of Life. 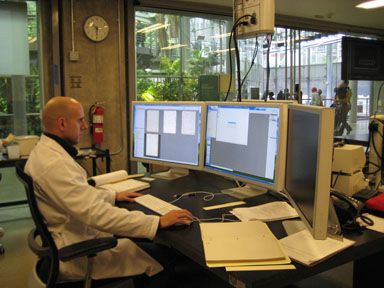 Besides the scientific and research value of this collection, it is also one of the Academy’s oldest collections. While the expedition was in the Galapagos the 1906 Earthquake devastated San Francisco and destroyed the old Academy building along with many collections. The Galapagos expedition’s field notes and specimens became part of the foundation materials for the new Academy.

I have begun scanning the field notes of Alban Stewart, the expedition botanist. The notes are divided into three sections. In the first section Stewart tracked plant species he encountered and recorded them using a numbering system, and he provided brief notes about them. 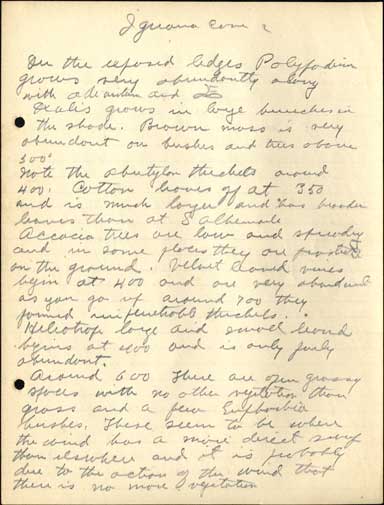 The second section is composed of his journal. In the journal Stewart describes in greater detail the various species and locations of plants found on the many islands of the Galapagos Archipelago. Stewart would survey an area and describe species he found and note any particulars of their surroundings, including if they were abundant or scarce. Stewart’s journal traces the biodiversity of the flora in relation to other islands and continental regions. In his notes he often mentions other regions where these plants grow, and whether or not a species can be found on other islands in the chain.

I am working in the project lab on the first floor, across from the rainforest dome. It is a high-tech lab where visitors can walk by and view ongoing projects and research being conducted live. It has been kind of fun to scan, view, and process the images on three large computer screens while visitors can peer in through the glass. We set up a display with some related artifacts from the expedition—such as a pith helmet, some of the field notes, an old camera, and an expedition group photograph—for visitors to view as well so that they can get an idea of what we are doing. A few special tours have come through the lab and it has been great to interact with them and explain the project, why it is important, and what we hope to accomplish. It is quite rare in the archive world to have this much engagement with the public, so I am hopeful we can help demystify archives a little and show people what we are doing to make important primary materials more accessible. 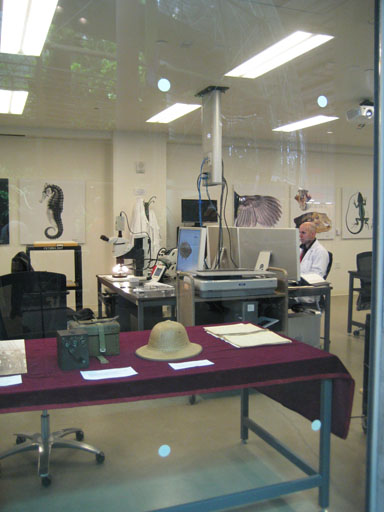