September 3, 2014
From the Stacks
by Diane T Sands 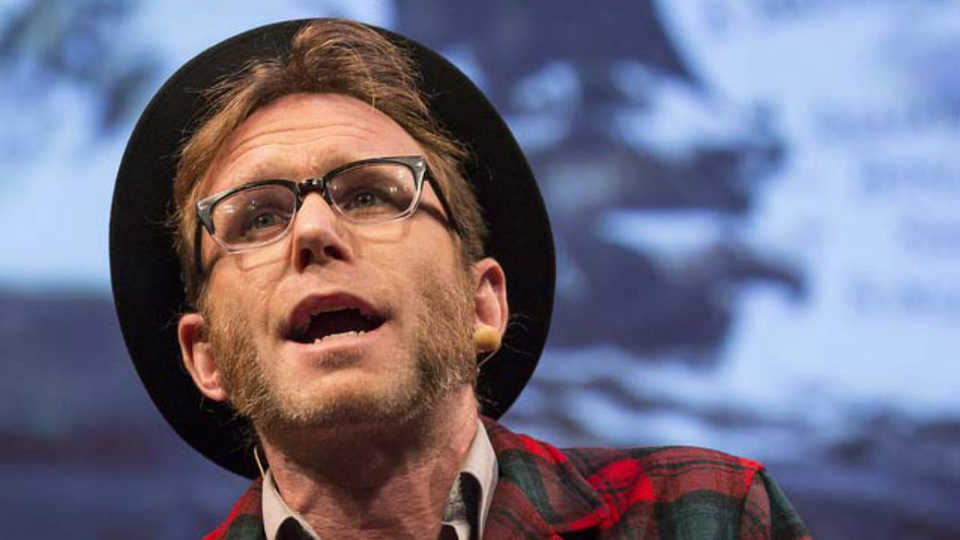 Ben Burke is an Oakland, CA based artist with an enviable skill set. Burke is a writer, poet, fabricator, collector, performer, puppeteer, designer, and if that weren't enough he also directs! His work is usually manifested as stories, poems, performances, or junk-automata. Common themes in Burke's work are the exploration of the unexpected and the unknown by way of mythological tales and scientific discovery.   Fond of collaboration and uncharted territories, he has produced and/or performed in over 200 unusual theatrical events, from operatic rock 'n' roll and spoken word to junkyard variety shows and an abstract musical aboard art-rafts in Venice, Italy. His Wunderkammer, or cabinet of curiosities, is displayed annually at San Francisco's Edwardian Ball. He is a TED Fellow as well as co-founder of both the Stars & Garters Theatre Company and Apocalypse Puppet Theater. 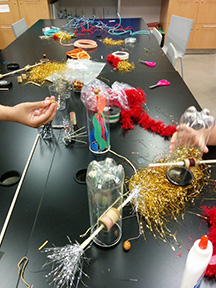 Ben’s dedication to upcycling discarded materials and creating art from “trash” fits solidly with the Academy’s green building commitment and made him an excellent choice for the Artist Residency program. During his popular hands-on workshop Burke attempted to recreate the phenomenon of endosymbiosis with the public by creating kinetic sculptures. Endosymbiosis is a process in which one critter is subsumed by another and then not digested but incorporated into the biology of the other. It is the biological equivalent of the work Burke does with his fabrication projects. 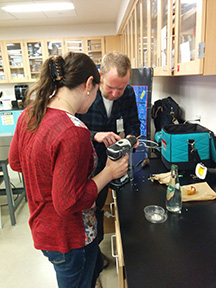 Burke began his residency in the Invertebrate Zoology department finding out about living beings with endosymbiotic relationships. Citizen Science Research Coordinator, Rebecca Johnson and Invertebrate Zoology Collection Manager, Christina Piotroski  introduced us to the various nudibranchs and corals that integrate symbiosis as part of their life cycle. Elysia chlorotica is one of those nudibranchs. This fascinating sea slug extracts the chloroplasts from the algae it eats and incorporates them into its own skin. Known colloquially as a solar-powered-sea-slug, Elysia can manufacture some of its own food via these co-opted chloroplasts. In Ben’s workshop, smaller objects such as corks and spools were integrated into clear tennis ball canisters to become integral working parts. 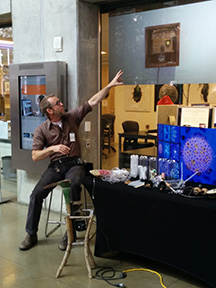 Ben Burke during his captivating Connect with a Scientist talk.

On Sunday, Burke participated in the Academy’s renowned Connect with a Scientist Program. For information on upcoming workshops and museum events, click here. One Truth, Many Lies: A New View of Art & Natural History Collections is made possible in part by the Institute of Museum and Library Services. www.imls.gov