This Smackdown we feature the largest beetle in the world, Goliathus goliatus. Goliath beetles are often described as the largest and heaviest of all beetles. Adults range from 2-4 inches in length, while the larvae can top 5 inches and weigh 0.25 pounds a piece! There are five different species of Goliathus across the African continent (see this link for a nifty map). 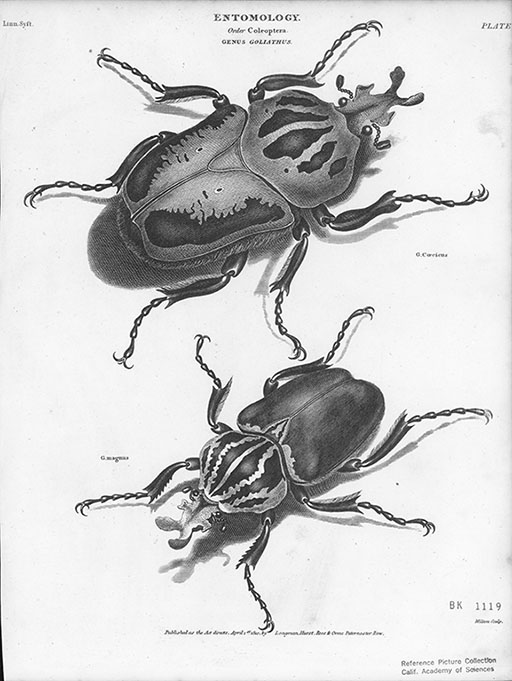 These magnificent engravings of spiders come from Natural History volume five in the Cyclopaedia or Universal Dictionary of Arts, Science and Literature.  Abraham Rees, Presbyterian minister and educator, produced this Encyclopedia in 45 volumes between 1802 and 1820.  On the title page of the Cyclopaedia, Rees’ 100 contributors are qualified with the “assistance from eminent professional gentlemen” and “illustrated by most distinguished artists”.

18th Century ‘encyclopedists’ developed the modern idea of recording and widely distributing knowledge as distinct from only publishing facts. The still familiar Encyclopedia Britannica was first published between 1768 and 1771. Rees’ Cyclopedia was noted for its high quality of illustrations. And we can still enjoy the beauty of nature through these 19th century engravings.

The publisher of this book put out some beautiful and strange illustrated books in the early 1800’s including Musci exotici :containing figures and descriptions of new or little known foreign mosses and other cryptogamic subjects by William Jackson Hooker. (http://www.biodiversitylibrary.org/item/41803) and A Dissertation on Gunshot Wounds by Charles Bell. (http://www.bibliopolis.com/main/books/1869071/A-dissertation-on-gun-shot-wounds-Bell-Charles-Jeremy-Norman-Co.html) Regardless of the subject it looks like they were masterful printers and included really amazing etchings in their work.

Drawn from specimens housed in the Academy's Naturalist Center, this color image contrasts the female (left) and male (right) of Goliathus goliatus. For the black and white image below, I wanted to show less of a dead, pinned subject and more of a living critter. 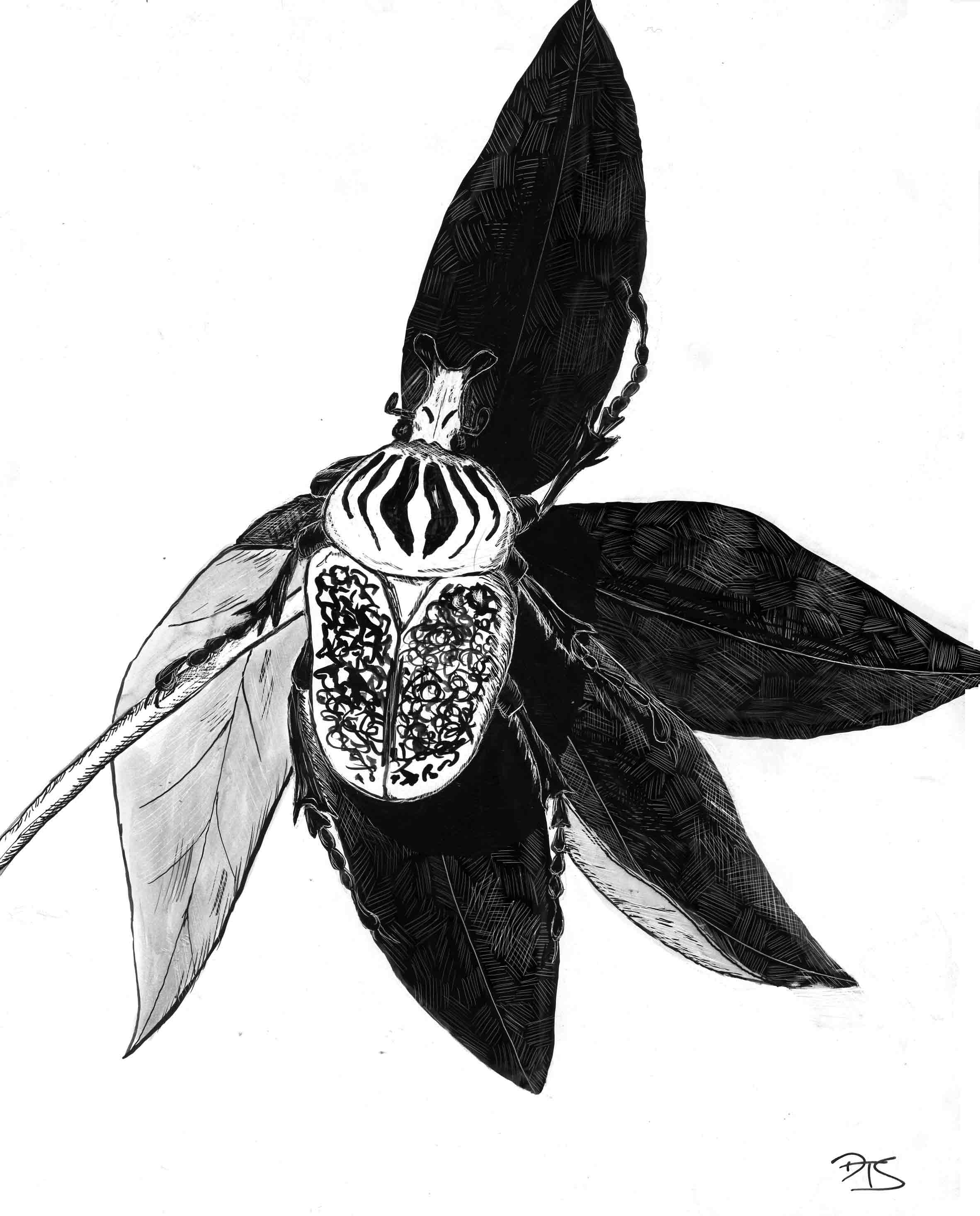