On any dive expedition, the first few dives are spent checking gear and getting comfortable in the water again. Our first dive on Sunday afternoon was a short boat trip from the dive resort, Club Ocellaris. Known as Koala, this site features a mix of hard and stony corals, with Echinopora and Acropora tables filling the shallows, while a mix of soft corals, stony corals, corallimorphs and anemones extend down the slope to about 90 feet.

The second dive was a night dive to the local pier in Anilao. Often called "muck" diving, these sandy featureless areas often harbor an astounding diversity of bizarre creatures. None more so than the "bobbit" worm, Eunice aphroditois, a predatory worm that sits in ambush, its chitinous jaws agape waiting for passing prey such as small fish and shrimp. We found several octopus, squid, bobtail squid, nudibranchs such as Kalinga ornata, flatfish and a plethora of scorpionfish. 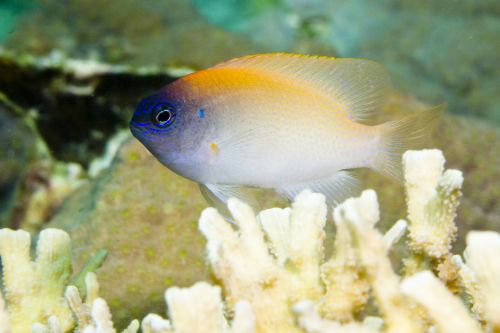 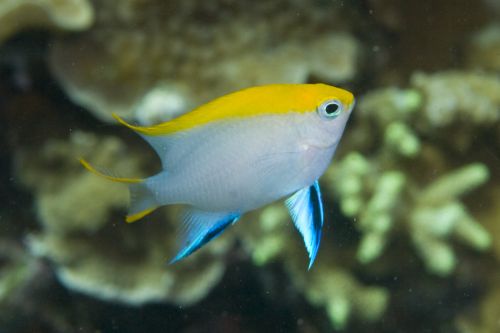 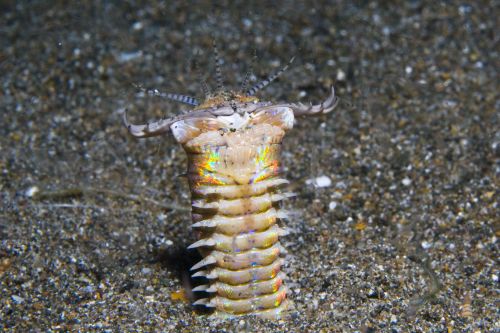 A new record from the Philippines, the nudibranch Kalinga ornata 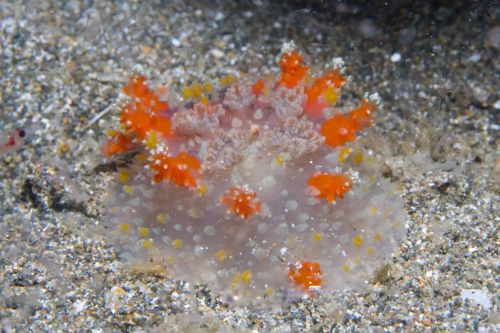 An Amphioctopus marginatus, Coconut Octopus, descending into his burrow. 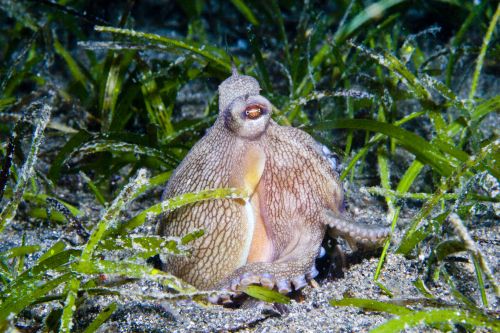 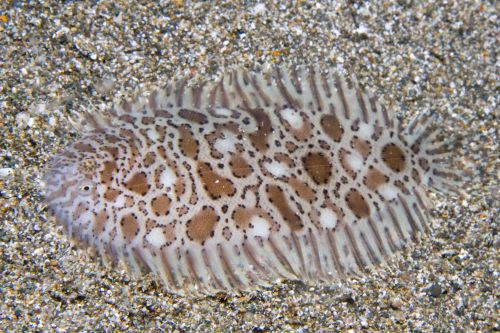 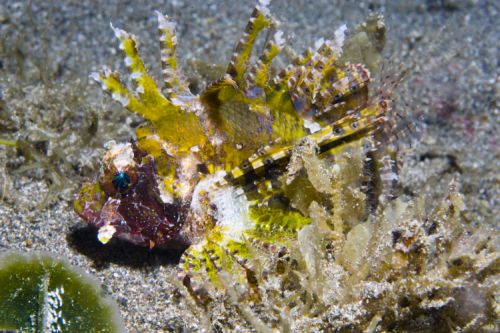