Our third day of diving began at a location known as Sea Pens, due to the large field of sea pens located in deep water at the base of the reef. Once in the water we headed down the reef to a depth of 90 feet when we saw a spotted eagle ray, Ateobatus sp., cruising along the reef base. This sighting is indicative of the gradual recovery of this area due to the creation of marine protected areas in the Verde Passage area as well as a dramatic decrease in dynamite fishing and other forms of illegal fishing. Combined with the presence of enforcement officers, these efforts have resulted in marked increases in the population of fishes as well as a gradual increase in larger species. Also observed on this dive were mantis shrimp (Odontodactylus sp.), fields of garden eels (Heteroconger hassi), and commensal pipefish living in plate coral, Heliofungia.

The second dive that day was at Layh Layh, just across the channel from Sea Pens. Here we observed large groups of red-toothed triggerfish (Odonus niger) at a depth of 80 feet, as well as an abundance of stony corals in the shallows. This area was previously the site of extensive dynamite fishing less than 10 years ago and it was gratifying to see the extent by which rapidly growing branching stony corals were recolonizing the area.

Later in the day we dove the reef in front of the resort to check on the coral corral and to see how the reef looked on our doorstep. Diving down to 60 feet we found an extensive bed of garden eels of an unknown species; easily over 100 individuals. They were extremely skittish and we could not approach close enough to get a clear view of them. There were also tube anemones, Cerianthus, as well as lots of soft and stony corals. To cap off the dive we encountered a small octopus who was observing us from a coral pinnacle a few feet away, such a cool critter!

The day ended with a night dive at Basura, the site of small local artificial coral reef. Using rebar and coral fragments collected from other nearby reefs, a small reef is being created next to shore and a small village. Night dives are always interesting as you never know what you will find, this time was no difference as we encountered pipefish, crabs, shrimp and a large school of shrimpfish (Aeoliscus strigatus). 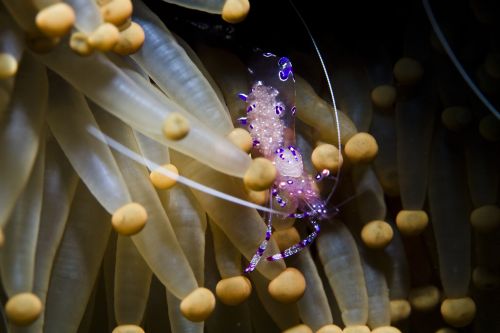 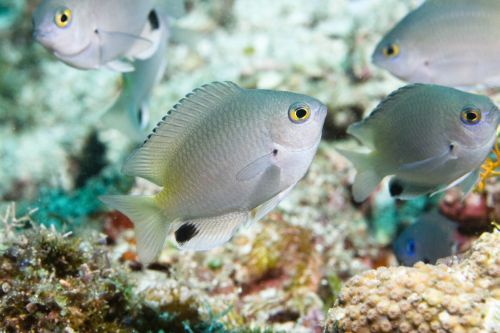 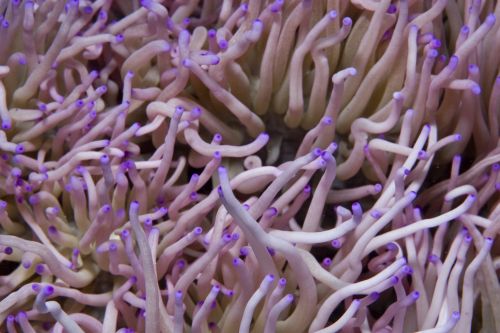 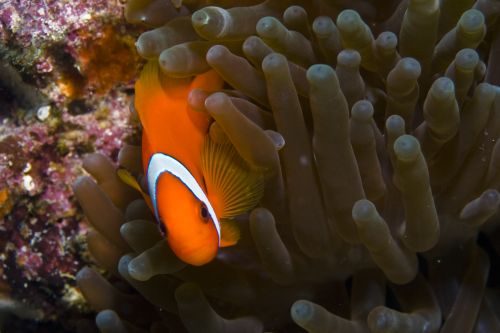 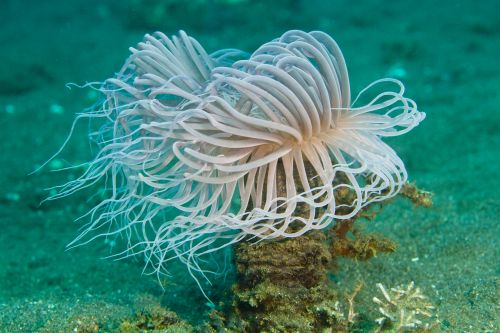 Diadema urchin, electric blue lines along the top of the test 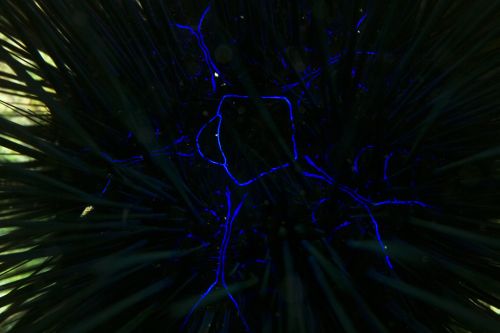 Our coral "nursery" in 3 meters of water just offshore of the dive resort. 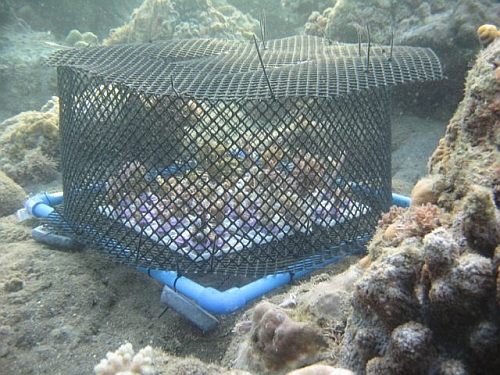 Close-up of corals in the "nursery". 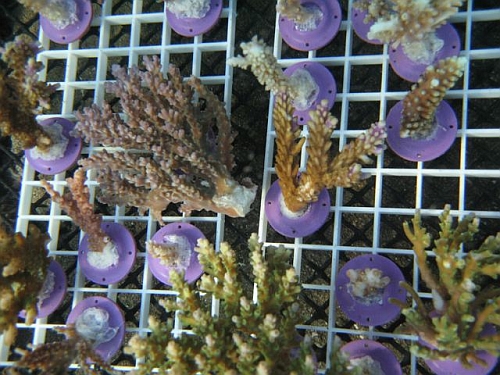