This Sunday represents our last day of diving. After a stormy afternoon yesterday, the water this morning was flat, calm, and even better, the water was crystal clear!

Our first dive location was along a pebble beach about a 30 minute boat ride from the resort. Known as Mainit/Secret Bay, it consists of a gently sloping sand and rubble area. Swimming down to 90 feet we encountered several coral out-croppings decorated with black coral trees. With their snowy white polyps fully extended they resembled Xmas trees with snow covered branches. Darting in amongst these were longnose hawkfish, Oxycirrhites typus, which are commonly found in black coral trees. As we ascended up the slope towards shallower water we found the typical sand dwelling inhabitants such as octopus, partner shrimp and gobies, and curious mantis shrimp, not to mention the obligatory nudibranch!

The following dive was across the channel at a location known as Aga Hota. This site features a gentle coral slope down to 100 feet where it then gradually goes down to much deeper water. There were a number of small ledges under which various fish sought shelter during the day. At 110 feet we saw several larger black velvet angelfish, Chaetodontoplus melanosoma , which represented the first sighting of this species for us on this trip. As we ascended up the slope we encountered large schools of red-toothed triggerfish, Odonus niger, swimming high above the reef and darting into crevices as we approached, sweetlips, Plectorhinchus sp., damsels, large sponges, and commensal coral shrimp were also in abundance. The dive concluded in shallow water where we observed large schools of juvenile fish taking shelter in branching coral heads. I also found a large anemone that housed three different species of juvenile clownfish and one species of damselfish!

Tomorrow is our last day in Anilao, as we get up early, pack up the corals we have collected and head off on the 3.5 hour drive to Manila. Once there, we will transfer our corals to our exporter, AquaScapes Inc., then head for the hotel, before getting up at 04:30 Tuesday morning for the 16 hour trip back to San Francisco. 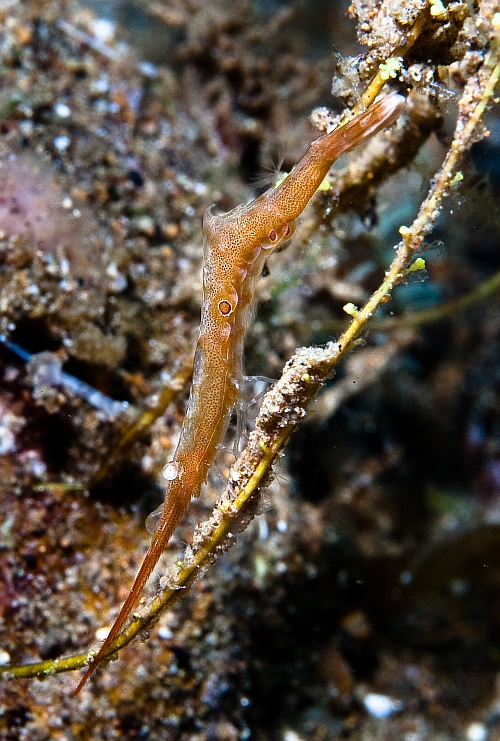 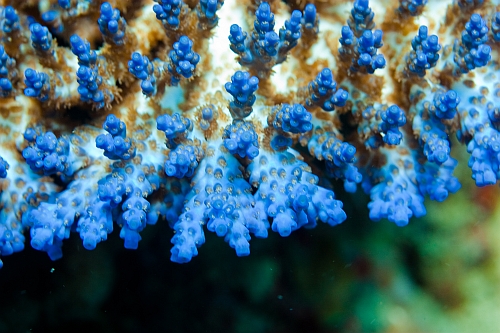 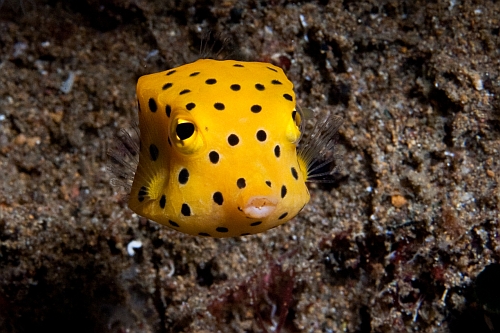 An inquisitive mantis shrimp peering out from its burrow. This individual was quite bold coming out to inspect the camera and flash. 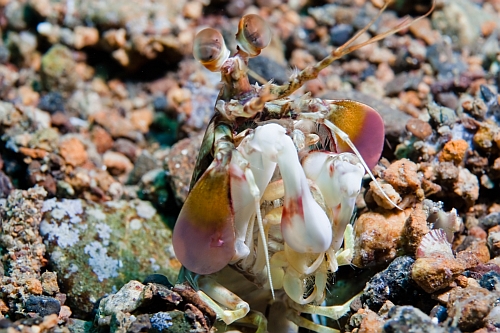 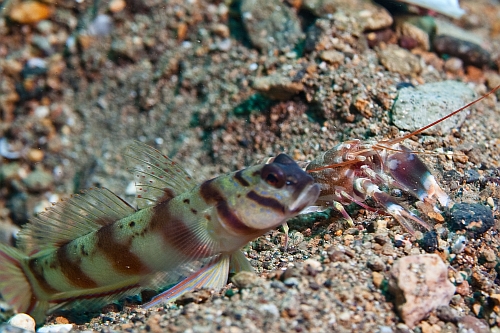 An unidentified Octopus sp has found a new home. 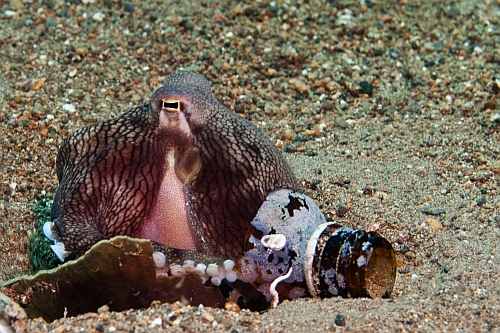 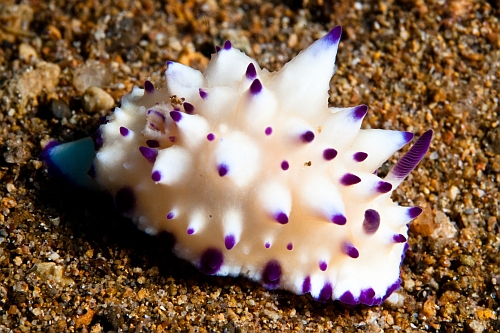 How many species of clownfish can you find in this anemone? 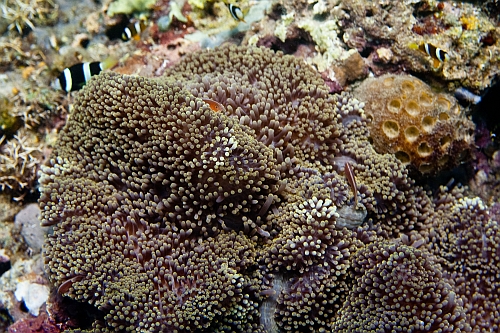