Witnesses of the ’89 Quake

Most of the Academy’s 38,000 live animals are relative newcomers, but a handful of them are old-timers who were at the Academy when the Loma Prieta earthquake struck on October 17, 1989. During your next visit, say hello to these silent witnesses of the ground-jolting event 23 years ago. 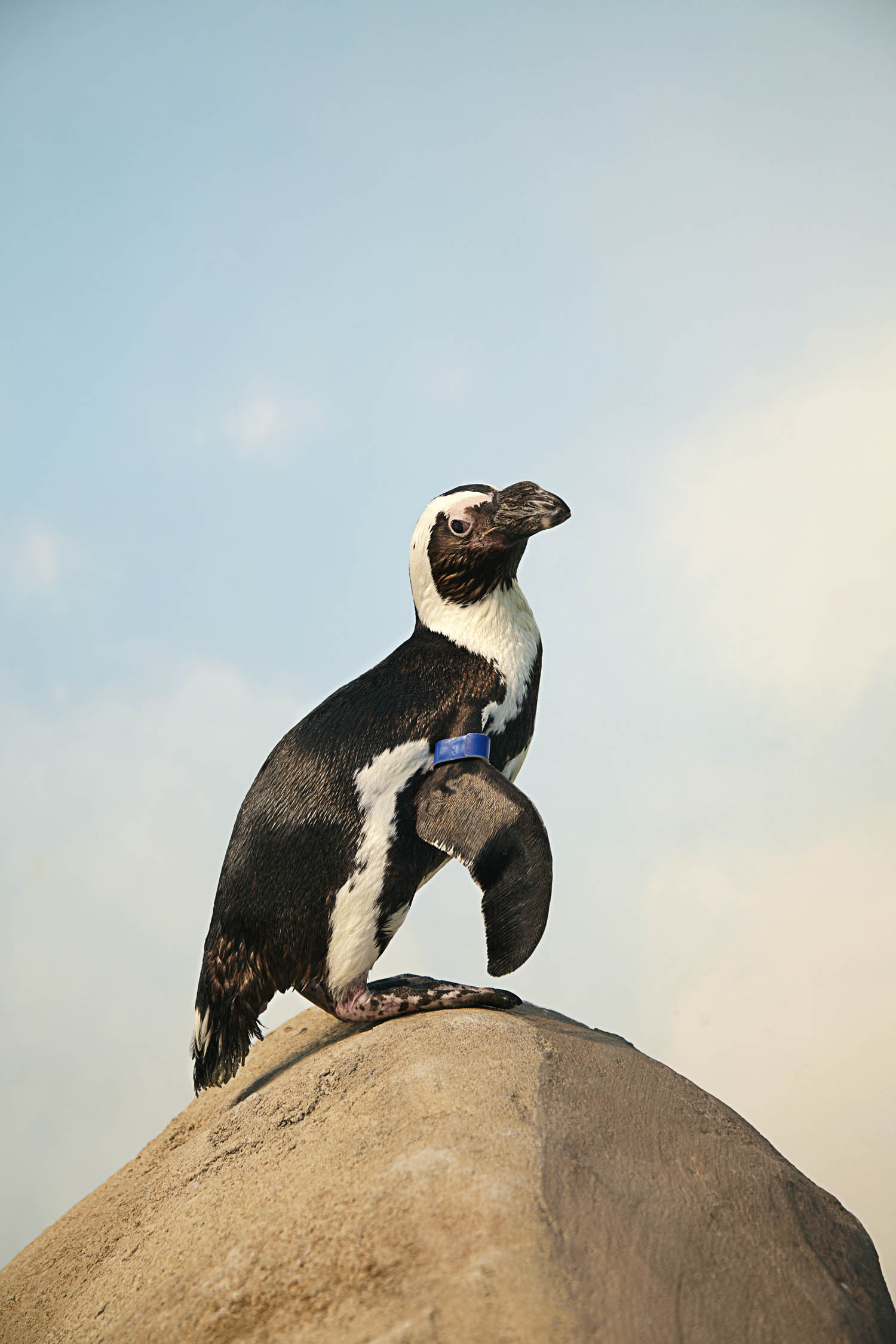 Name: Pierre
Species: African penguin (Spheniscus demersus)
Current age: 29
Can be seen: Frolicking with his fellow penguins in African Hall
Fun fact: Pierre wore a custom-designed wetsuit in 2008 to help him stay warm when his feathers molted but didn’t grow back. His natural tuxedo eventually returned, and his story was made into a 2010 children’s book, Pierre the Penguin. 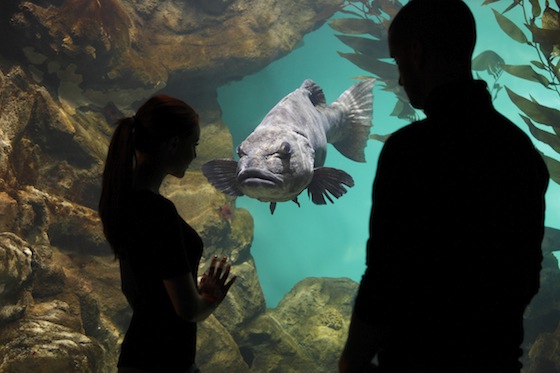 Name: Bocalo
Species: giant sea bass (Stereolepis gigas)
Current age: at least 31
Can be seen: In the California Coast section of the aquarium (lower level)
Fun fact: With his bulging eyes, full lips, and gentle demeanor, Bocalo makes a lasting impression on all who visit his tank. The giant sea bass is a critically endangered species found off the coast of California and Mexico. Fished recreationally and commercially to near extinction since the mid-1800s, it was not protected until the late 1970s. Today, this rarely seen fish is making a gradual comeback due to its slow sexual maturity and a single annual spawn. 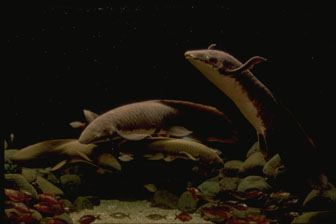 Name: Methuselah
Species: Australian lungfish (Neoceratodus forsteri)
Current age: at least 74
Can be seen: In the Water Planet section of the aquarium (lower level)
Fun fact: Methuselah arrived at the Academy in 1938, and it is believed that he is one of the oldest animals living in a U.S. aquarium. Lungfish live in oxygen-poor pools. They have lungs and gulp air at the surface to supplement their gills. 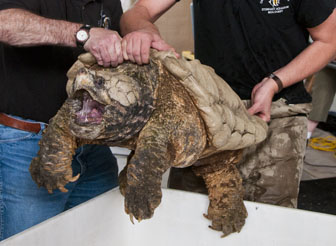 Name: none
Species: alligator snapping turtles (Macrochelys temminckii)
Current age: at least 40
Can be seen: In the Swamp exhibit with Claude, the albino alligator
Fun fact: In 1972, airline employees discovered this group of turtles on their way to becoming soup at a San Bruno restaurant. Transporting these animals for food is illegal, so they were turned over to the Academy, where they have lived ever since. 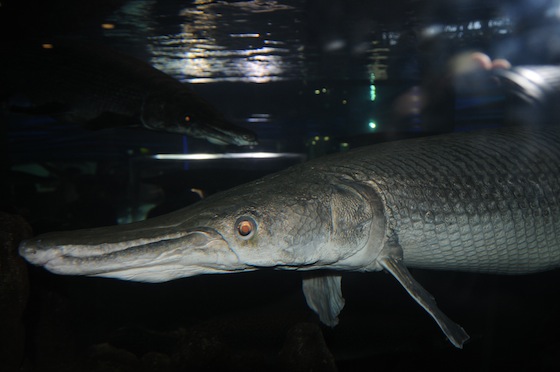 Name: none
Species: alligator gar (Atractosteus spatula)
Current age: at least 63
Can be seen: In the tank opposite the Swamp (lower level)
Fun fact: The intimidating alligator gar is one of North America’s largest freshwater fishes. It is native to the slow-moving rivers and swamps of the southeastern U.S. By imitating a log, this fish can get close to prey, then snap up an unsuspecting meal.