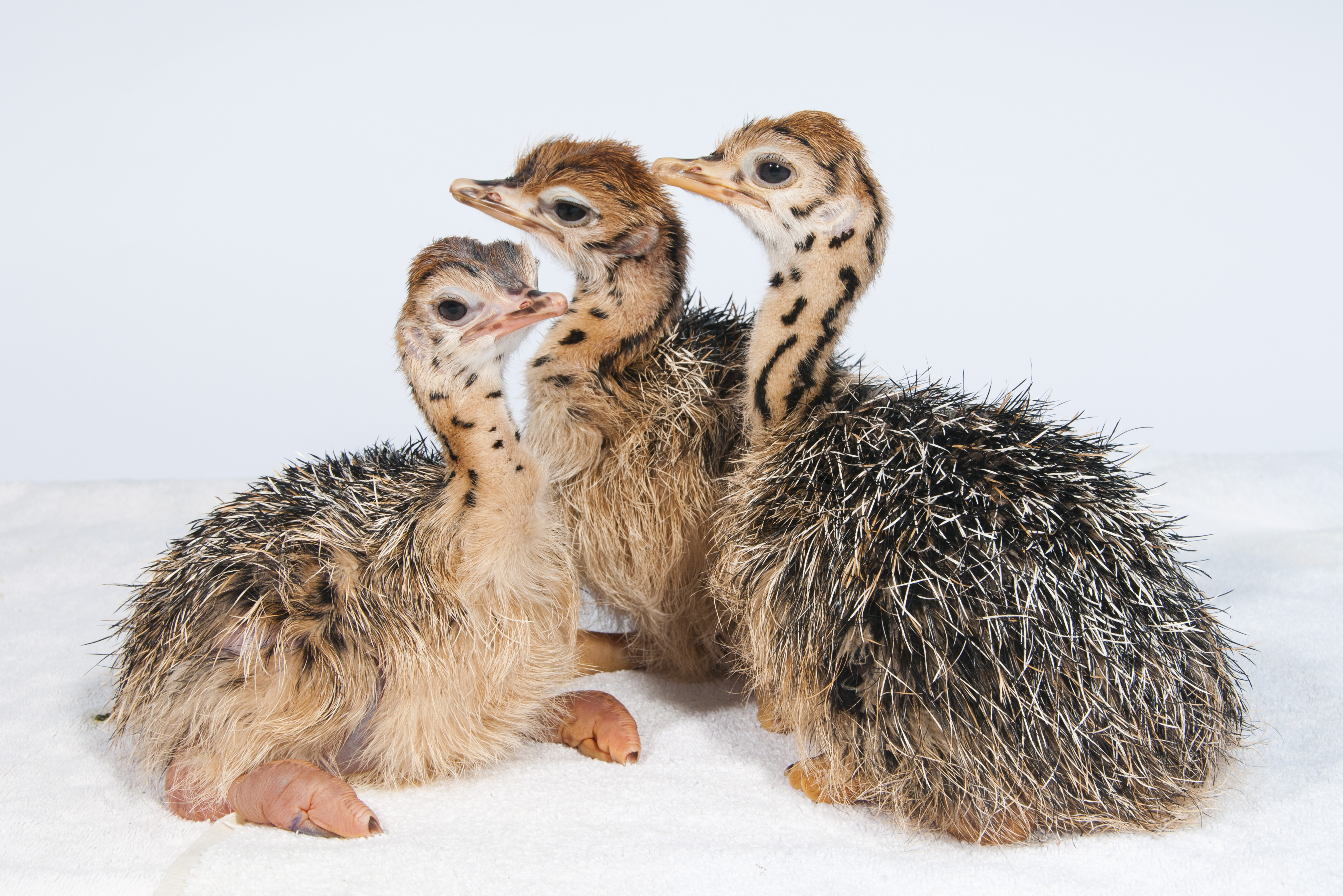 The most common myth people have about ostriches is that they bury their heads in the sand to hide from danger. “Not true,” says Tim Steinmetz, the Academy’s Ratites Program Coordinator. “The male is very involved in family life. That image comes from photographers catching the male using his beak and long neck to make a home. They stand in the nest and dig sand out. I’ve seen nests that are ten feet in diameter. That’s where the hens go to lay their eggs.”

Second, they don’t hide from predators. They run. “Their long legs were built for speed,” says Steinmetz. “A mature ostrich can achieve speeds of 43 m.p.h. That’s faster than a lion or a hyena.”

• Ostrich eggs take 6 weeks to hatch. Young ostriches live in the family nest for about 7 months.

• Ostriches are mature at 12 to 15 months. They can propagate by the ages 2 to 3 years old. In captivity, an ostrich can live as long as 70 years with an average lifespan of 50 years.

• Ratites are flightless birds that have a flat breastbone, lacking a keel for attaching flight muscles.

• Although penguins can’t fly, they are not ratites because they have a breastbone keel and use their wing muscles for swimming.

• An ostrich is the only bird to have a foot with 2 toes.

• Ostriches have the largest eye of any bird. In terms of square mass, their eyeball is the same size or larger than their brain.