The Wall Street Journal could find only 16 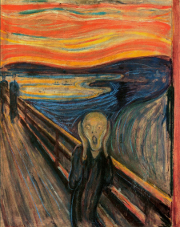 The Wall Street Journal published an "Opinion" on January 27, entitled "No Need to Panic About Global Warming", with sub-title "There's no compelling scientific argument for drastic action to 'decarbonize' the world's economy." The article has 16 signatories, claimed by the editor to be scientists. The piece itself is a whiny, soap opera-type yarn detailing the horrors supposedly faced by the "growing" number of scientists who disagree with: the overwhelming consensus within the scientific community that global warming is ongoing, and that it is primarily the result of human greenhouse gas emissions. The story rambles from that of Dr. Ivar Giaever, Nobel Laureate in Physics who resigned from the American Physical Society in disgust at its embrace of the global warming consensus, to the lack of warming over the past decade (never mind measurement to the contrary), to a defence of carbon dioxide as "not a pollutant" (reminds me of Arnold in that movie with the kids). One could spend some time picking at these well-worn stories for their personal myopia, abuse and distortion of empirical data, and reliance on public misunderstandings of greenhouse gases, but I don't have time for that. Instead, what I would like to take issue with is the notion, promoted by that Wall Street Journal, that the signatories represent, in any way, an august body of sixteen. Who are these signatories anyway, and how should they be received? As expected, the qualification of the group is dubious (I'm being generous here) and most of the members are absolutely not qualified to issue a scientific opinion of any weight regarding climate change. Some, however, are quite qualified. So what I did was to devise a very crude and simple scoring system to help you to sort them out. Scores are based on whether a signatory has: (1) a Ph.D. (yes, sorry folks, but it really does help to have one), (2) a Ph.D. in a science directly related to climate change (e.g. Meteorology, Geology, Oceanography), (3) a Ph.D. indirectly related to climate change (e.g. Ecology, many areas of Physics, Mathematics), (4) holds or has held a position requiring the conduct of original research, (5) holds or has held a position requiring the conduct of original research into climate change, (6) published research on climate change in a peer-reviewed journal within the past 10 years, and (7) has published any research in the past 10 years. The maximum score possible is 8, but realistically, with most individuals earning a single Ph.D., it's 7. Here's how they stacked up:

What should we make of this? In my opinion, this is a list of 3 (folks ranked 6-7). I must question their judgement, however, based on the company that they have chosen to keep, but to each his/her own. (Oh wait, no women are on the list, but this is science after all). I'm not sure how to judge the significance of the rankings, since that would require a lot of random selecting and leg work on my part, and I do have a day job. But just for fun, I applied the scoring to that old lightning rod, Michael Mann, and myself (shoot away).