You are looking at the food web of a terrestrial community from South Africa, some 250 million years ago. This ecosystem was the culmination of more than 50 million years of coevolution among rapidly diversifying groups of forest plants, insects, reptiles, and our proto-mammalian ancestors. This is a very informative way to depict the community, showing the predator-prey relationships among the organisms within the ecosystem. The world at this point in time is perhaps well on its way to our modern world: globally on the cool side and "mammal"-dominated. But it all comes to a rather abrupt end when Siberia opens up. Sometime between 251 and 250 million years ago, a gigantic plume of magma began to erupt from deep within the Earth, reaching the surface in the region roughly equivalent to Siberia in today's world. Lava flowed onto the surface for thousands of years, eventually reaching a volume almost equal to the entire continent of Europe! The physical and chemical changes on the planet were extreme and profound, as were the extinctions. More than 90% of all species known in the oceans, and more than 70% of animals known from land as fossils, became extinct. It is the largest extinction recorded in the fossil record.

My co-workers and I have modeled the way in which these geophysical changes would have affected our South African community, by constructing detailed, dynamic food web networks. I should point out here that a lot of this work has been conducted by graduate and undergraduate students in my lab, including two interns funded by NSF's REU Summer Systematics Institute here at the California Academy of Sciences. Students have been involved in every aspect of the work, formulating theory, collecting basic systematic and ecological data, conducting simulations and analyses, and even writing computer code! When we applied our model to the South African community, we discovered a couple of interesting things: 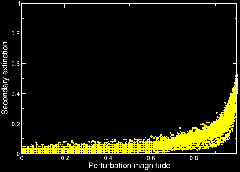 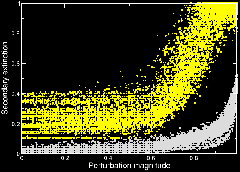 We'll delve into this very interesting result in the next post.