Yesterday, Bob Drewes, Rayna Bell and I embarked on a journey down to the southern end of the island to catch a ferry to Rolas island to look for Cobra bobo and limpets. 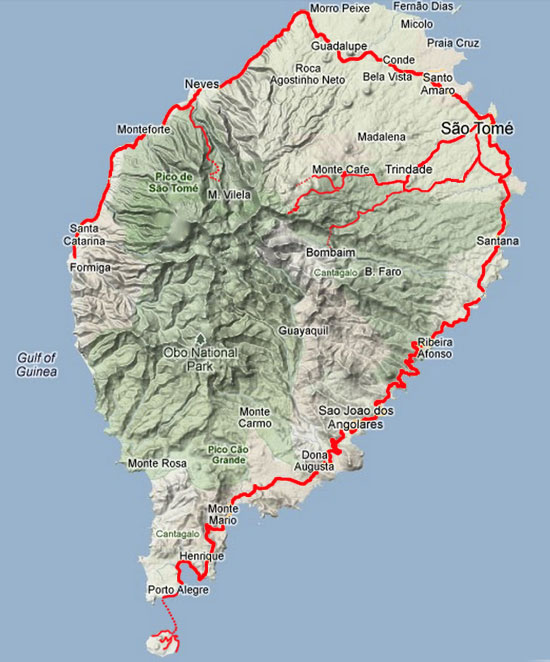 Meanwhile, Jim Shevock, Miko Nadel, Andrew Stanbridge, and three porters made an early start for a three day hike up the pico São Tomé to collect mosses and lichens. The bryologist woke to heavy rains, but decided to attempt the climb anyway. Unfortunately, by the time they reached the trailhead torrents of water were streaming down the trails and they postponed the expedition. This morning was sunny and hot and as far as we know they are on their way up the mountain.

Rayna, Bob and I made good time down the west coast until we ran into a river crossing that was submerged by the storm runoff. After a quick assessment of the submerged bridge we decided we should wait for an hour or so and hope the waters would recede. 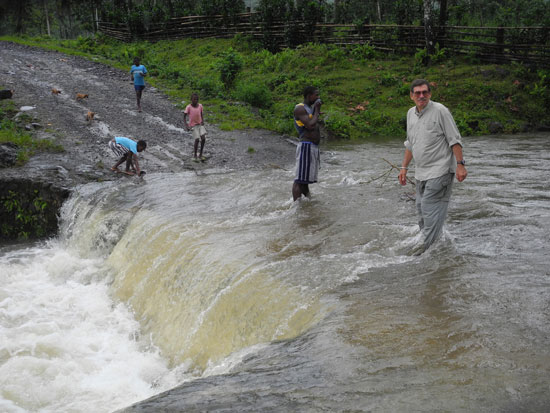 After about 45 minutes the water level dropped quite a bit and we made a successful run at it. 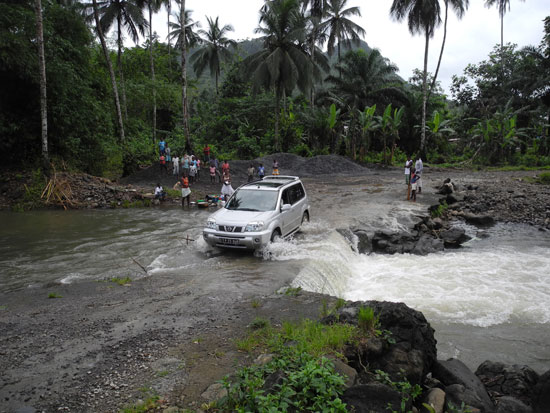 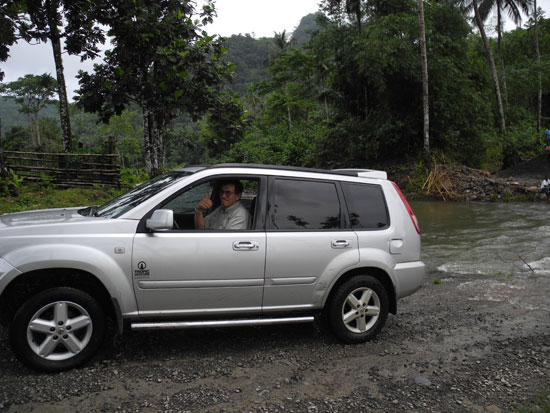 We arrived at the ferry dock with time to spare. The ferry was a 35 foot canoe with a very loud motor. 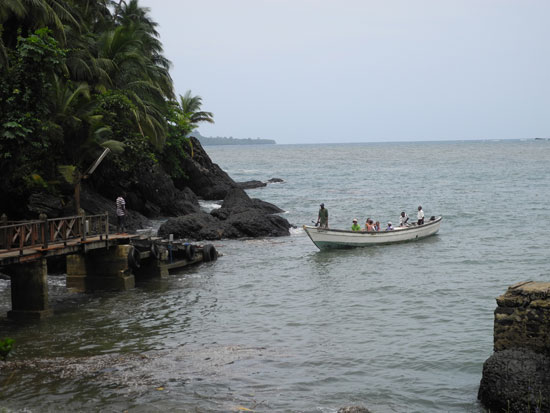 The 30 minute crossing was fairly rough, but nothing to be concerned about. 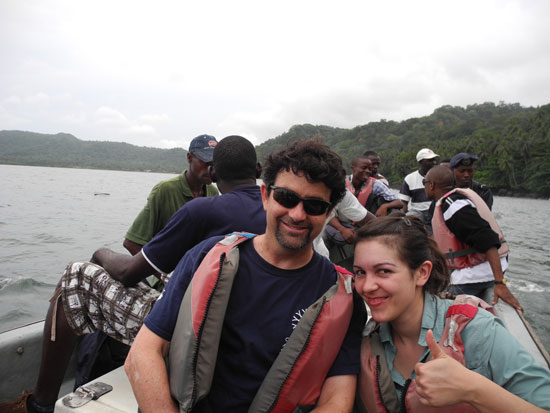 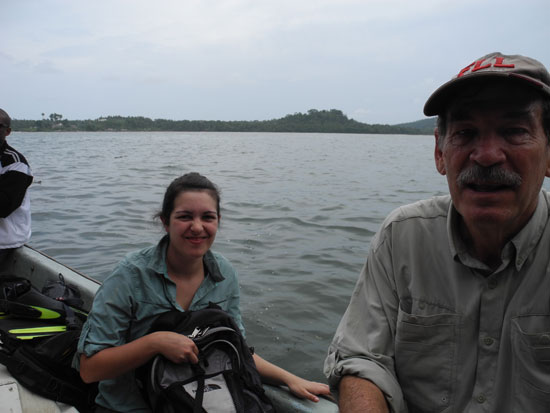 Once on the island, we were joined by a couple of locals who enthusiastically offered to help us find the Cobra bobo. We hiked away from the small port into the jungle flipping logs and rocks, but the jungle floor appeared to have already been turned over; it looked like someone had gone over the entire jungle with a rototiller. I asked one of the locals about this and he told us that the pigs were responsible for this and that the pigs eat everything including cobra bobo. 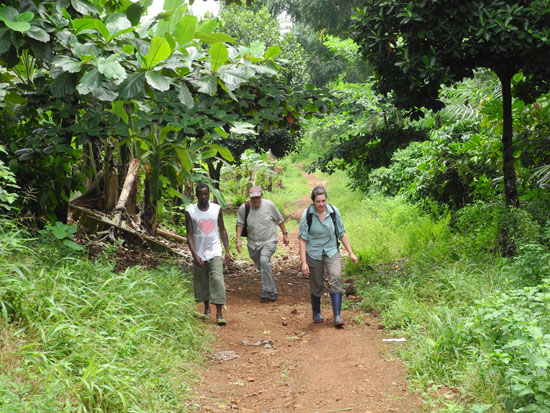 After about 2 hours, we went back to the port and ate our packed lunch. Bob and Rayna decided to climb the main peak in the hope that the cobra bobo might be found at a higher elevations. I spent that time in the tidepools and intertidal looking for limpets. Guess what, no bloody limpets. BAH.

Rayna and Bob returned from their hike and reported that no where on that island is safe from the pigs; we saw pigs everywhere and lots of them. 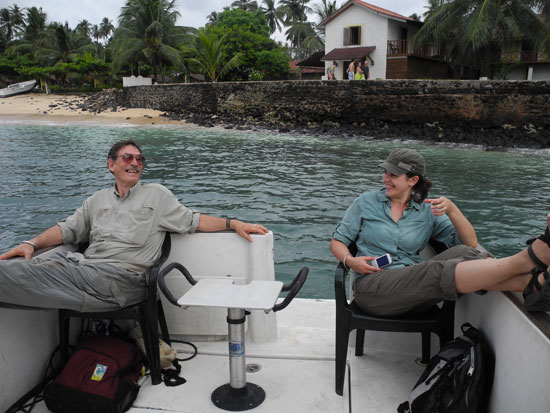 While the collecting was unsuccessful we had a good trip and enjoyed the scenery and the people. 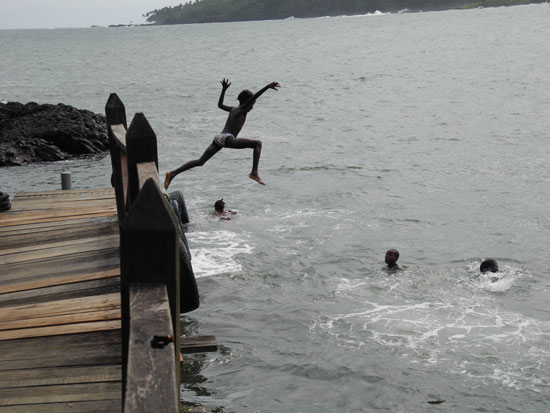 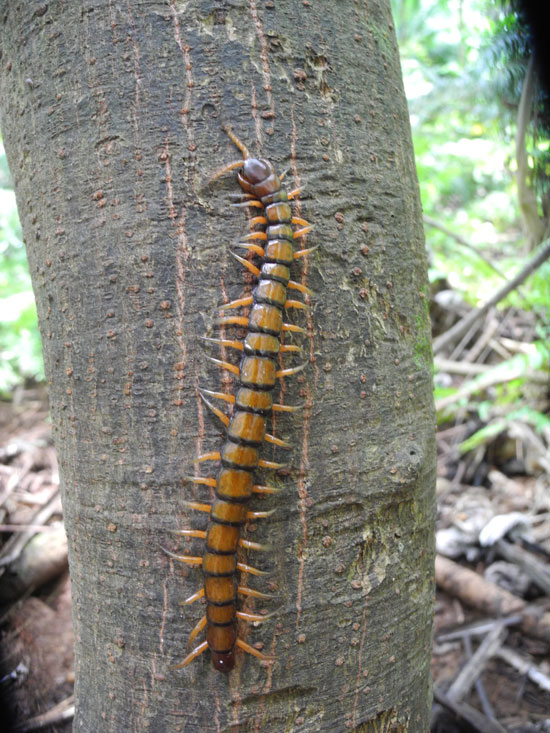 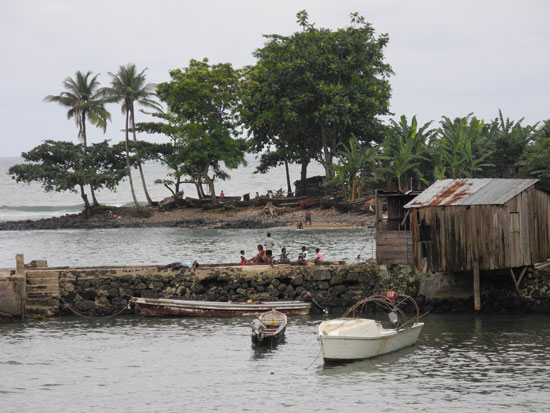