Arrived in Port Moresby to torrential rains. I am just not used to this sort of rain in San Francisco – the steamy heat and huge water dump was refreshing, but made it difficult to sleep (and the jetlag didn't help either)

On the 29th, we moved our "kit" to the Airlines PNG hangar to be loaded on a chartered Dash 8 cargo plane. We literally packed the plane with cameras, electronics, and research equipment for the field. Then our team (15 or so of us) went to the passenger hangar to catch our flight to Moro on another, regularly scheduled Dash 8. 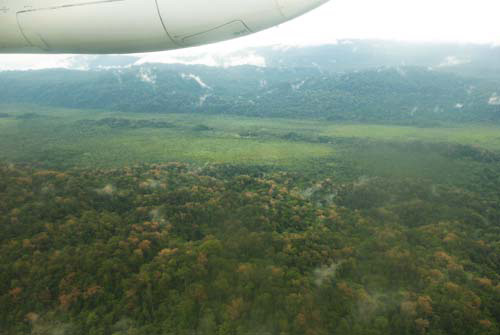 The flight took up northeastward from Port Moresby along the coast, but the ground was obscured by cloud cover until we neared Moro on the northern end of Lake Kutubu. When we were dropping down for our landing, we could see the broken limestone karst country that the rainforest grows on. Streams appear and disappear into caves and crevasses, and the landscape is quite rugged. 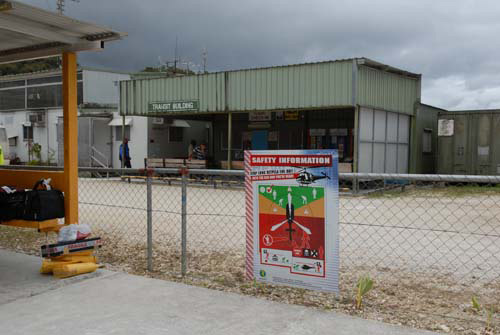 Here is the Moro "airport" where we arrived, and then proceeded to sit and have lunch under an awning. We waited for a couple hours for the cloud cover to lift enough for us to squirt our helicopters between the treetops and the low rainclouds.

When our opportunity appeared, we loaded up the first chopper, and sent the film crew ahead. 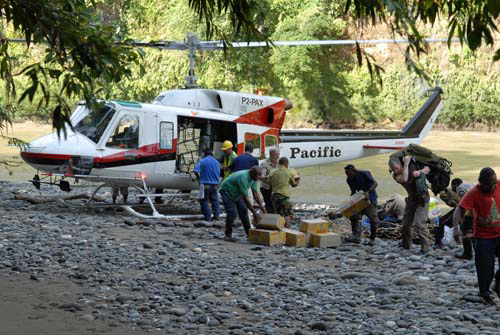 The scientific team loaded onto a 212 helicopter with some of our kit. The chopper landed us on the small pebbly riverbank directly below our camp (Nunupi #2 Base Camp). 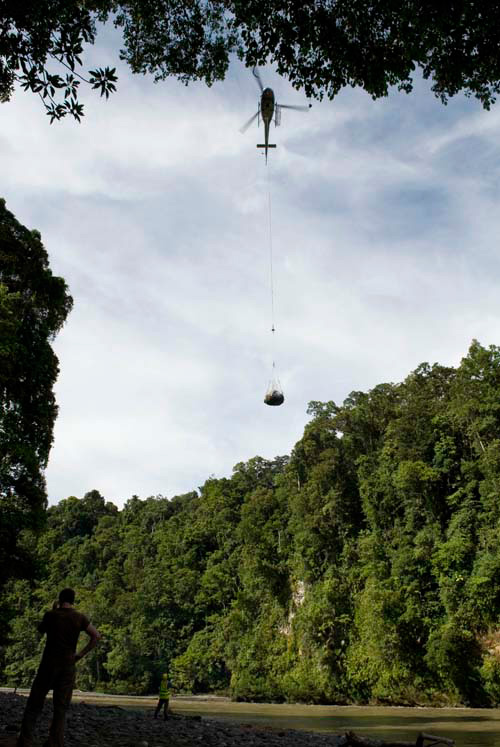 The rest of our kit was shuttled in by sling under two 212's that flew back and forth between the nearby village of Fogomai'u and our beach ("Croc beach"). It took several flights to move all of the equipment, and it took most of the afternoon to carry the boxes and bags one by one up to the camp. 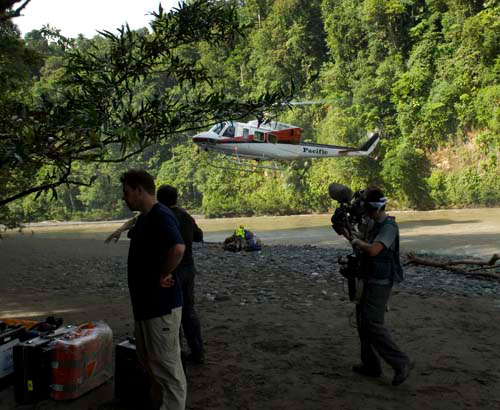 And the camera teams are always working, always shooting whatever was going on. No matter how mundane it seemed to us, all of these tasks are just part of being in the field in Papua New Guinea. 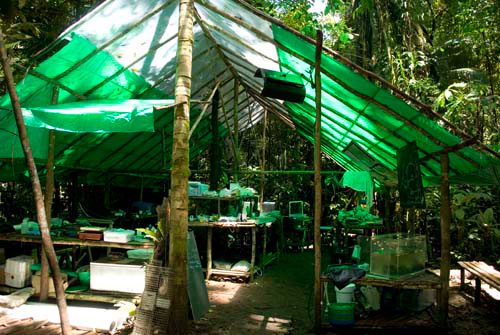 When we arrived, the camp was already built by an advance team and ready to receive us. Here is the scientific lab space, with a bench for each of us. Most of us set up our "labs" here even before we set up our sleeping space, and we were eager to start working. 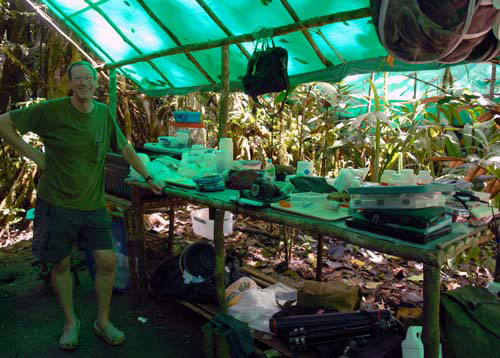 Here is Allen Allison from the Bishop Museum in front of the herpetology lab. 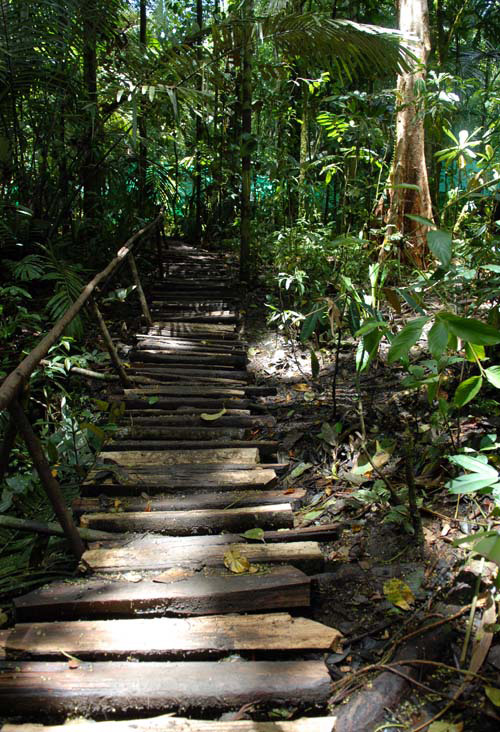 With all of the rain, paths quickly turn to mud, and the camp can get extremely messy. So boardwalks were made with rough hewn planks and nailed together. Here is the walkway from the beach up to the lower camp, where the local Fogomai'u workers had their mess, sleeping quarters, and equipment store. 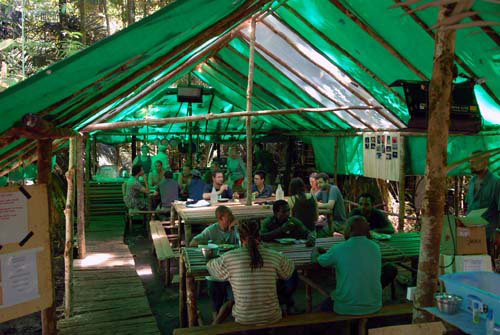 Here is the team mess, for the scientific staff and the film crew. The food has been excellent – we have an Australian cook (Tony) – with access to a nice cooking range and even a meat freezer. Even though we are extremely remote, our existence was relatively posh compared to my typical field camp. 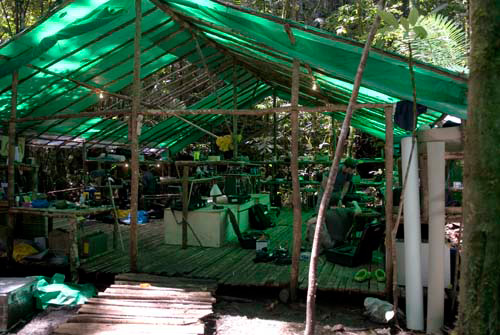 Here is the production lab. This lab is totally wired with power, video editing tables, hot-dry boxes for storing equipment, all so that the film crew can keep their cameras going. Note that this is the only building with a completely raised floor, as they have a lot of very expensive top-of-the-line video and sound equipment that need special care and attention.